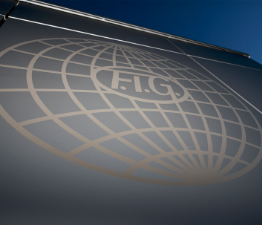 Next month's International Gymnastics Federation (FIG) Artistic Gymnastics All-Around World Cup in Tokyo, a test event for this year's Olympic Games, has been cancelled due to the coronavirus pandemic.

Competition had been due to take place at Ariake Gymnastics Centre on April 4 and 5.

In a statement, Tokyo 2020 said it received notification from the Japan Gymnastics Association that the competition had been cancelled after discussion among stakeholders.

After confirming it is safe to do so, the Organising Committee intends to carry out an operational test within the dates and will consult with the International Olympic Committee (IOC), FIG and other relevant organisations to "determine the content of such tests".

"We will continue to stay in close collaboration with all relevant organisations as we prepare to deliver a safe and secure Tokyo 2020 Games," the statement adds.

The event is the latest Tokyo 2020 test to be impacted by coronavirus, which has so far killed 7,500 people and infected more than 185,000 worldwide.

Test events for rugby sevens, wheelchair rugby and volleyball have also been cancelled, while sport climbing and boccia competitions went ahead without athletes.

Growing international concern over the virus, which has spread to more than 140 countries, has forced the cancellation and postponement of dozens of events, including Olympic qualifiers and World Championships.

Japan has reported 868 cases of the virus.

A total of 29 people have died in the Olympic and Paralympic host nation so far, but organisers and the IOC have insisted the Games are still going ahead as planned from July 24.