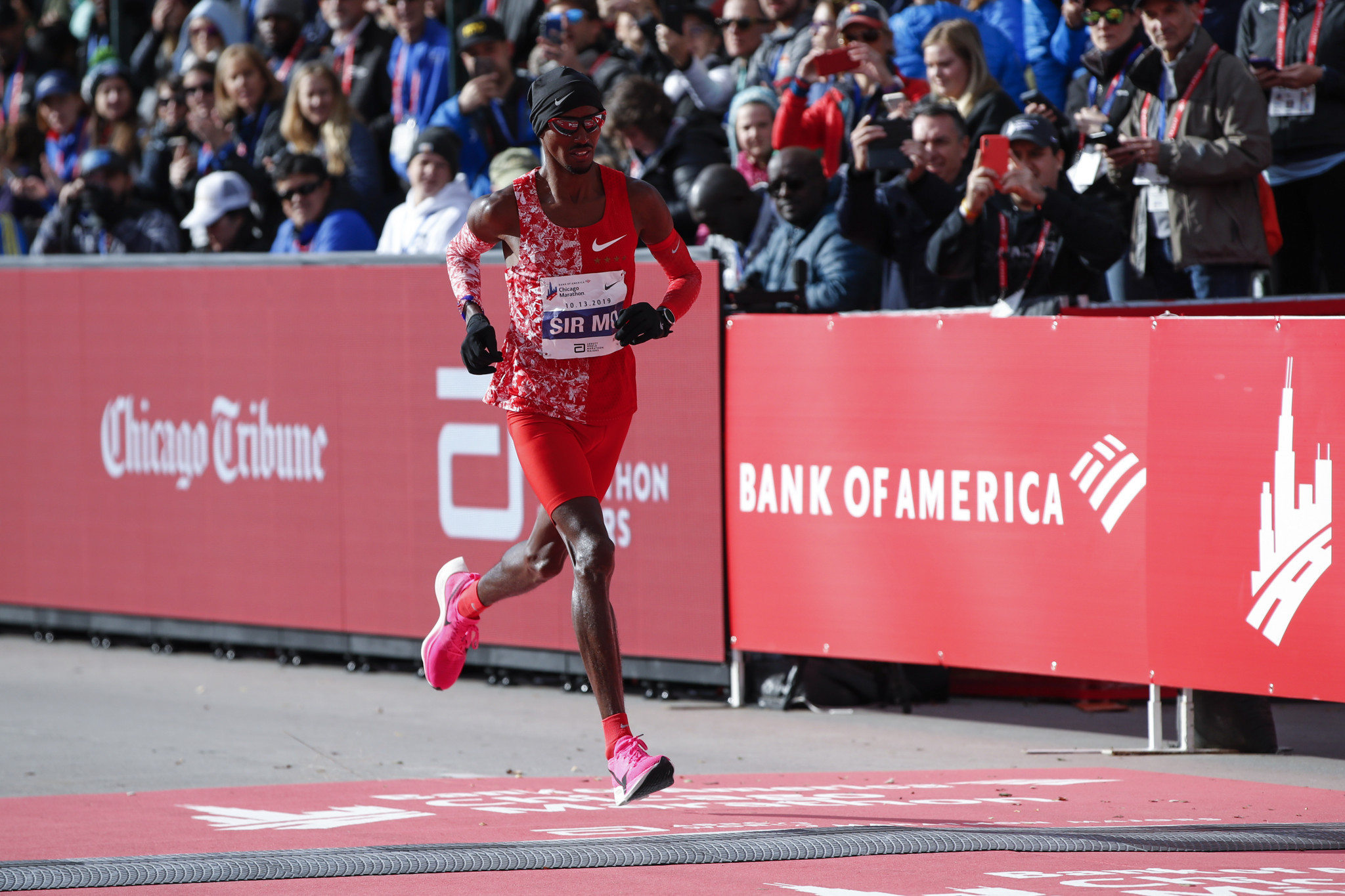 The programme, titled "Mo Farah and the Salazar Scandal", was broadcast yesterday in the wake of controversial American distance running coach Salazar receiving a four-year doping ban in October.

Salazar was sanctioned by the USADA for allegedly "orchestrating and facilitating prohibited doping conduct" as head coach of the Nike Oregon Project (NOP), a camp designed primarily to develop US endurance athletes.

It was attended for some years by Sir Mo, Britain's multiple Olympic and world champion, until he severed his contract and switched coaches in 2017.

Salazar was also alleged to have tampered, or attempted to tamper, with NOP athletes' doping control process, the Agency said after concluding its four-year investigation.

Jeffrey Brown, who worked as a paid consultant endocrinologist for NOP on performance enhancement and served as a physician for numerous athletes in the training programme, also received a four-year ban.

BBC Panorama revealed emails between senior UK Athletics figures, which debated whether giving Sir Mo injections of L-carnitine two days before he ran the 2014 London Marathon was ethical, with concerns expressed over whether it was in the "spirit of the sport".

Some research has suggested L-carnitine, a legal supplement, could help to boost performance.

Infusions or injections were permitted within World Anti-Doping Agency (WADA) rules provided the volume was below 50 milliliters (ml) every six hours.

Asked multiple times whether he’d had injections of the legal supplement L-carnitine ahead of the 2014 London marathon, Mo Farah denied it.

Dr Rob Chakraverty, then UK Athletics chief medical officer, gave Sir Mo the injections prior to the 2014 London Marathon, a race in which he finished eighth.

Fudge had reportedly collected a package of injectable L-carnitine in Switzerland from a Salazar's contact, which was then brought back to London.

The email exchange between the UK Athletics officials had revealed Salazar had been "keen" for the supplement to be used.

Chakraverty told a Digital, Culture, Media and Sport Select Committee inquiry in 2017 that the decision to give Farah "an injection" had been a joint decision between him and Fudge, following research on the potential risks and side-effects.

The volume was reportedly 13.5ml, which was well within the allowed limit.

Charaverty admitted he had failed to record it in official records.

BBC Panorama alleges transcripts of an interview between Sir Mo and USADA investigators, the four-time Olympic champion initially denied he had received an injection of the supplement.

"So I just wanted to come clean, sorry guys, and I did take it at the time and I thought I didn’t," the transcript showed Sir Mo telling USADA.

"A few days before the race - with Alberto present and your doctor and Barry Fudge - and you’re telling us all about that now but you didn’t remember any of that when I kept asking you about this?” the USADA investigator responded.

Sir Mo answered: “It all comes back for me, but at the time I didn’t remember.”.

Sir Mo declined to be interviewed for BBC Panorama, but a statement was issued by his lawyers to the programme.

"Mr Farah understood the question one way and as soon as he left the room he asked Mr Fudge and immediately returned to clarify and it is plain the investigators were comfortable with this explanation," the statement read.

"It is not against [WADA] rules to take [L-carnitine] as a supplement within the right quantities.

"He is a human being and not a robot.

"That is relevant – if in fact something was missed from the form.

"Interviews are not memory tests."

Statements were also provided to BBC Panorama by Chakraverty and UK Athletics, which denied any rules had been breached.

"I have not contravened any rules, and have always acted in the best interests of those I treat," Chakraverty, now the doctor for England's football team, said.

"The evidence I provided to [MPs] was an honest account – including an acknowledgement that my usual standard of record-keeping slipped due to heavy work commitments and travel.

"The GMC (General Medical Council) reviewed this and concluded that the case required no further action."

UK Athletics statement read, "A small number of British athletes have used L‑carnitine and, to our knowledge, all doses and methods of administration have been fully in accordance with WADA protocol.

"The dosage provided to Mo Farah was well within the 50ml limit permitted.

“Full and honest accounts of the process were given in all forums.

"Any suggestion to the contrary is misleading."

UK Anti-Doping (UKADA) chief executive Nicole Sapstead claimed the body had watched the programme and welcomed the opportunity to review any additional material BBC Panorama had acquired during its investigation.

"We thank the Panorama team for their efforts," Sapstead said.

"The programme is another example of the importance of investigative journalism regarding integrity matters in sport.

"UKAD supported USADA with their investigation into the Nike Oregon Project.

"We believe USADA’s investigation was extensive and robust.

"If anyone has information that could be of interest to UKAD and its investigations on any matter, we urge them to contact us."

A review into how UK Athletics handed the Salazar scandal and its relationship with the Nike Oregon Project has already been launched by UK Sport.

Black, who described Salazar as "a genius" during their time working together, announced his resignation as UK Athletics performance director shortly after news of the American's ban became public.

Nike closed down the NOP shortly after the ruling was announced.

Both Salazar and Brown claim they are innocent and are challenging their suspensions at the Court of Arbitration for Sport.

"No Oregon Project athlete used a medication against the spirit of the sport," Salazar told BBC Panorama.

"Any medication taken was done so on the advice and under the supervision of registered medical professionals."