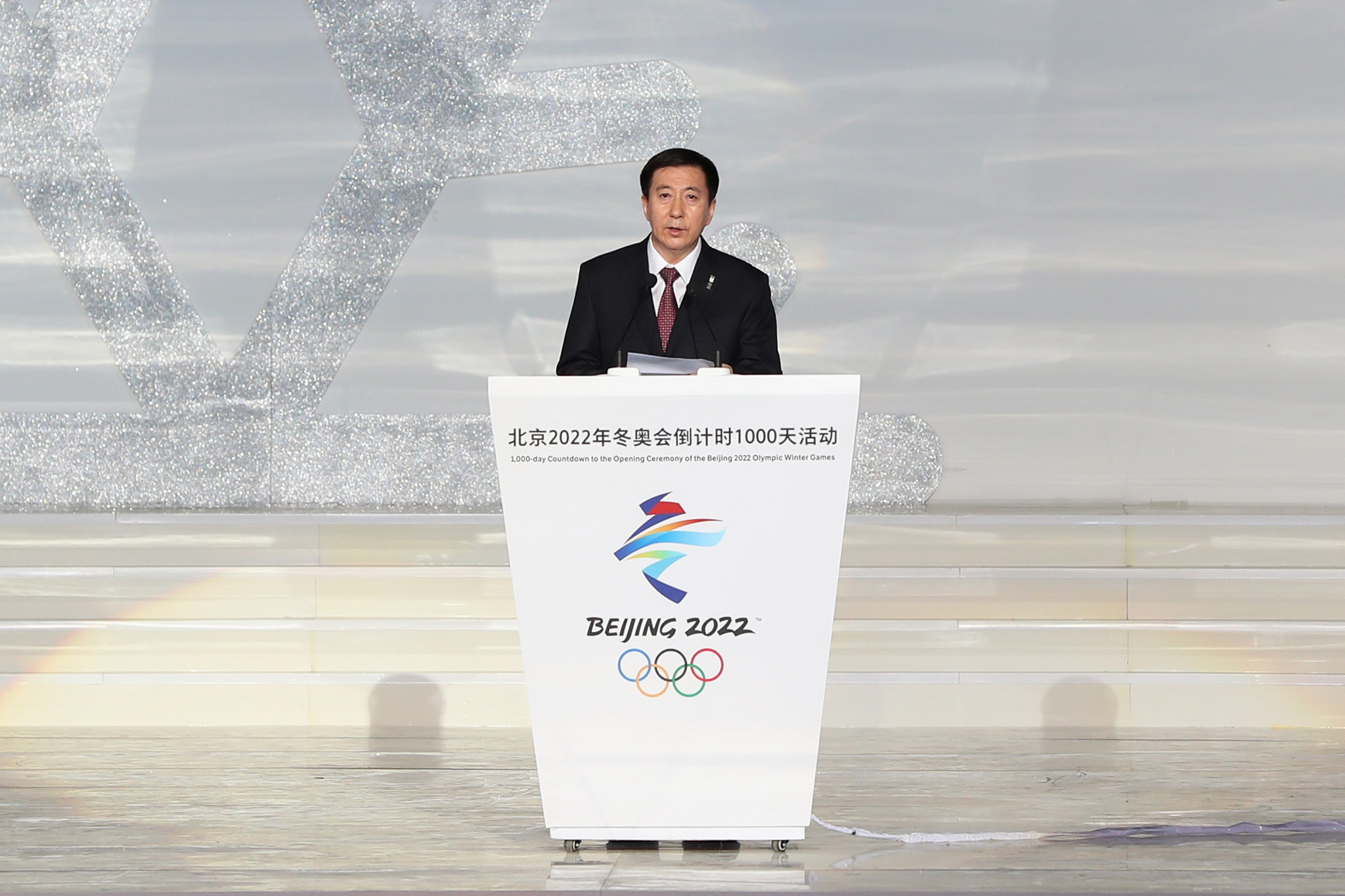 Key officials from Beijing 2022 and the International Olympic Committee (IOC) held a video conference to discuss preparations for the next Winter Games.

Zhang Jiandong, the vice-mayor of the Chinese capital and the executive vice-president of the Organising Committee, was on hand alongside Beijing 2022 secretary general Han Zirong.

The IOC was represented by Coordination Commission chairman Juan Antonio Samaranch and Christophe Dubi, the executive director of the Olympics.

Further support was also offered from the IOC to China as the country battles the coronavirus outbreak.

This followed a letter sent to the Chinese Olympic Committee from IOC President Thomas Bach, who expressed his "confidence" that Beijing 2022 would not be affected.

"We are very, very proud of proficiency and dedication.

"Don't hesitate to let us know, in any point of time, if we can give any help and assistance helping you go with the crisis."

There have now been more than 73,000 cases of coronavirus since it originated in Chinese city Wuhan.

More than 1,800 people have died, with the vast majority of these in China.

The first official Beijing 2022 test event, an International Ski Federation Alpine Skiing World Cup scheduled for this month in Yanqing, was cancelled due to the outbreak.

Organisers have also had to delay the homologation process at the new National Sliding Center, while the Japanese Olympic Committee called off a planned visit to Beijing 2022 venues.

A number of other sporting events have either been postponed or cancelled, with the World Health Organization declaring a global emergency.

"Amid the Chinese people's fight against the novel coronavirus epidemic, this video conference on Beijing 2022 preparations represents the understanding and support from the IOC," Zhang said to Xinhua.

"After the coronavirus outbreak, President Thomas Bach sent letters to the Chinese Olympic Committee, expressing his confidence that the Games' preparations will not be affected.

"Mr Samaranch Jr extended high praise over China's effort to contain the epidemic and his confidence in its victory.

"Although we did not meet in person in recent days, Beijing 2022 has been keeping in close communications with Mr Samaranch Jr, Mr Dubi and other IOC officials, reporting important updates."

Beijing 2022 celebrated two-years-to-go to the Winter Olympics on February 4.

The capital will become the first city to host both the Summer and Winter Games after staging the former in 2008.

Organisers are confident that venues are on track, with every facility in the Beijing and Yanqing zones said to be progressing as scheduled.

All venues under construction in Zhangjiakou will also be completed this year, officials have said.

Key announcements in 2020 will include revealing the design of the Beijing 2022 medals.

Olympic Torches will also be unveiled, as well as the route of the Torch Relay.

Theme songs for the Games are promised, while a creative team will be appointed to oversee the Opening and Closing Ceremonies.