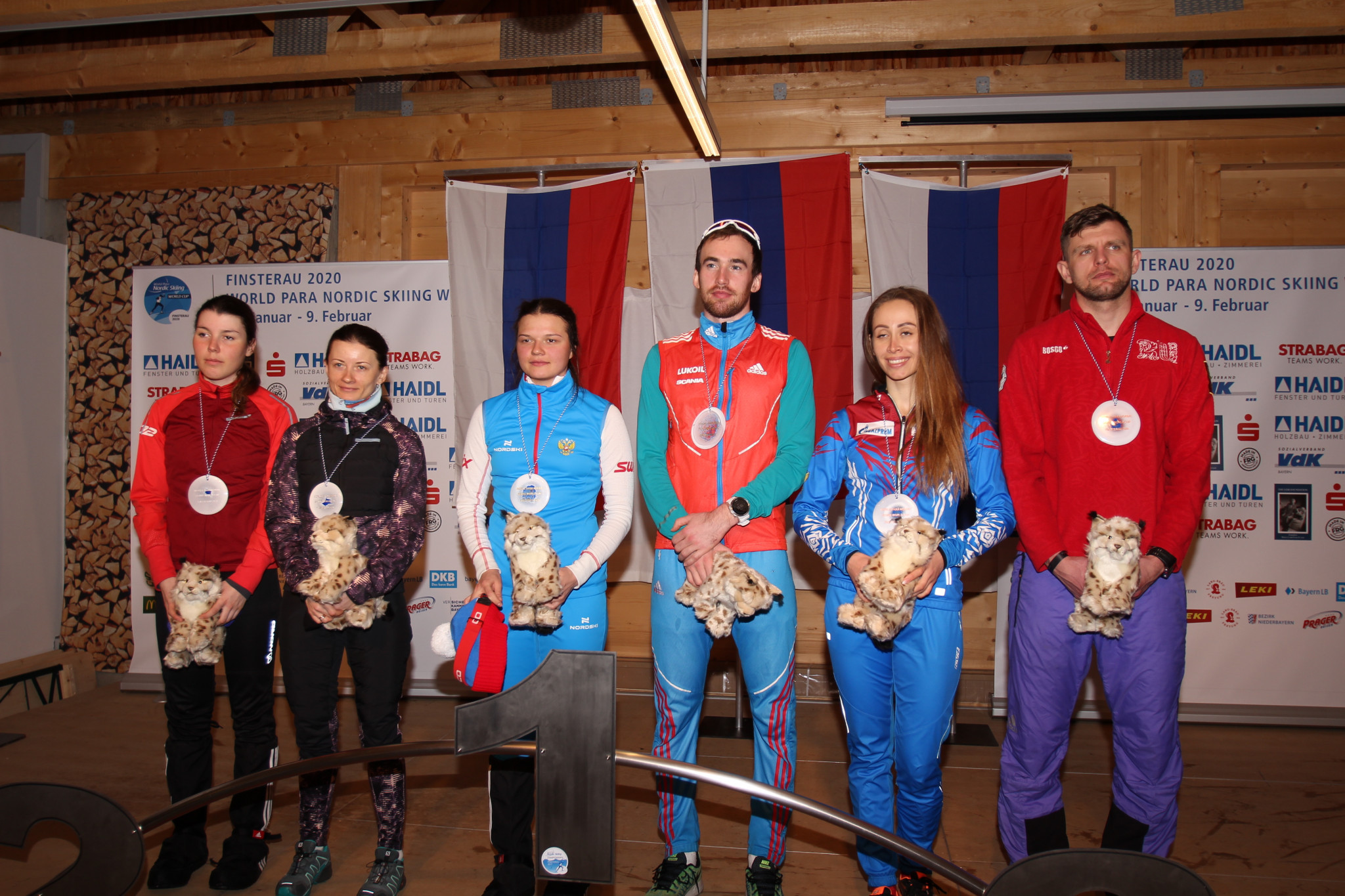 Russia took three of the six gold medals on the first day of the Para Nordic Skiing World Cup event in Finsterau in Germany. with half of the 18 medals won on the day going to the nation.

Russia’s Aleksandr Davidovich secured his first para biathlon World Cup victory of the year with gold in the men’s sprint, in a time of 18 min, 24.7 seconds.

The Russian had a clean record, the difference between him and his teammate Ivan Golubkov who finished just five seconds behind him after two penalty laps.

Golubkov’s silver brings him to the top of the World Cup standings, jointly on points with Martin Fleig who could only finish 11th on the day.

In the women’s equivalent, United States took the top two spots with Oksana Masters winning by over a minute in a time of 19:54.2.

Fellow American Kendall Gretsch was also over a minute ahead of the bronze medallist, Natalia Kocherova of Russia who was also comfortably ahead of fourth placed Lidziya Loban.

The top four all kept clean shooting records, which helped bring Belarussian Loban up to eighth in the World Cup standings.

Gretsch sits top of the overall standings ahead of Masters and Germany’s Anja Wicker who finished fifth on the day.

The men’s sprint standing event saw another comfortable victory – this time for France’s Benjamin Daviet who kept a clean record in a time of 23:05.9, 31 seconds ahead of Russia’s Vladislav Lekomtsev, who leads the World Cup standings.

The bronze medallist Grygorii Vovchynskyi came in behind nearly 90 seconds afterwards in the times, holding a perfect shooting record to finish ahead of Norway’s Nils-Erik Ulset.

Behind Lekomtsev in the standings is Ihor Reptyukh, who only managed fifth.

In the women’s event, Ukraine dominated, taking all five top spots, led by Oleksandra Kononova who stayed ahead of teammate Iryna Bui by just 5.4 seconds in a time of 30:06.1.

The bronze would go to Yuliia Batenkova-Bauman, just under a minute behind Kononova, with Liudmyla Liashenko and Bohdana Konashuk rounding off the top five, a distance off the podium.

Kononova previously shared the lead with Bui, with this win now separating them at the top of the World Cup standings.

Iweta Faron of Poland lost some ground on the top two after finishing sixth, allowing Kononova to extend her lead by another 60 points over the Pole.

In the men’s visually impaired sprint, Stanislav Chokhlaev had a perfect score to take gold for Russia ahead of World Cup leader Yury Holub of Belarus in 23:34.2.

Russia would also win bronze thanks to Oleg Ponomarev who was able to beat compatriot Nikolai Polukhin by 16 seconds.

Half of the top 10 all came from Russia with Belarus, Ukraine and France the other countries represented.

Russia dominated the podium in the women’s event with six of the top 10 coming from there too.

Anna Panferova cruised to the win by nearly 90 seconds in 27:06.2 ahead of Vera Khlyzova.

Only eight seconds separated Khlyzova from the bronze medallist, Mikhalina Lysova, who had two and a half minutes over fourth place Sviatlana Sakhanenka from Belarus.

Khlyzova heads the World Cup standings by 100 points ahead of Panferova in second.