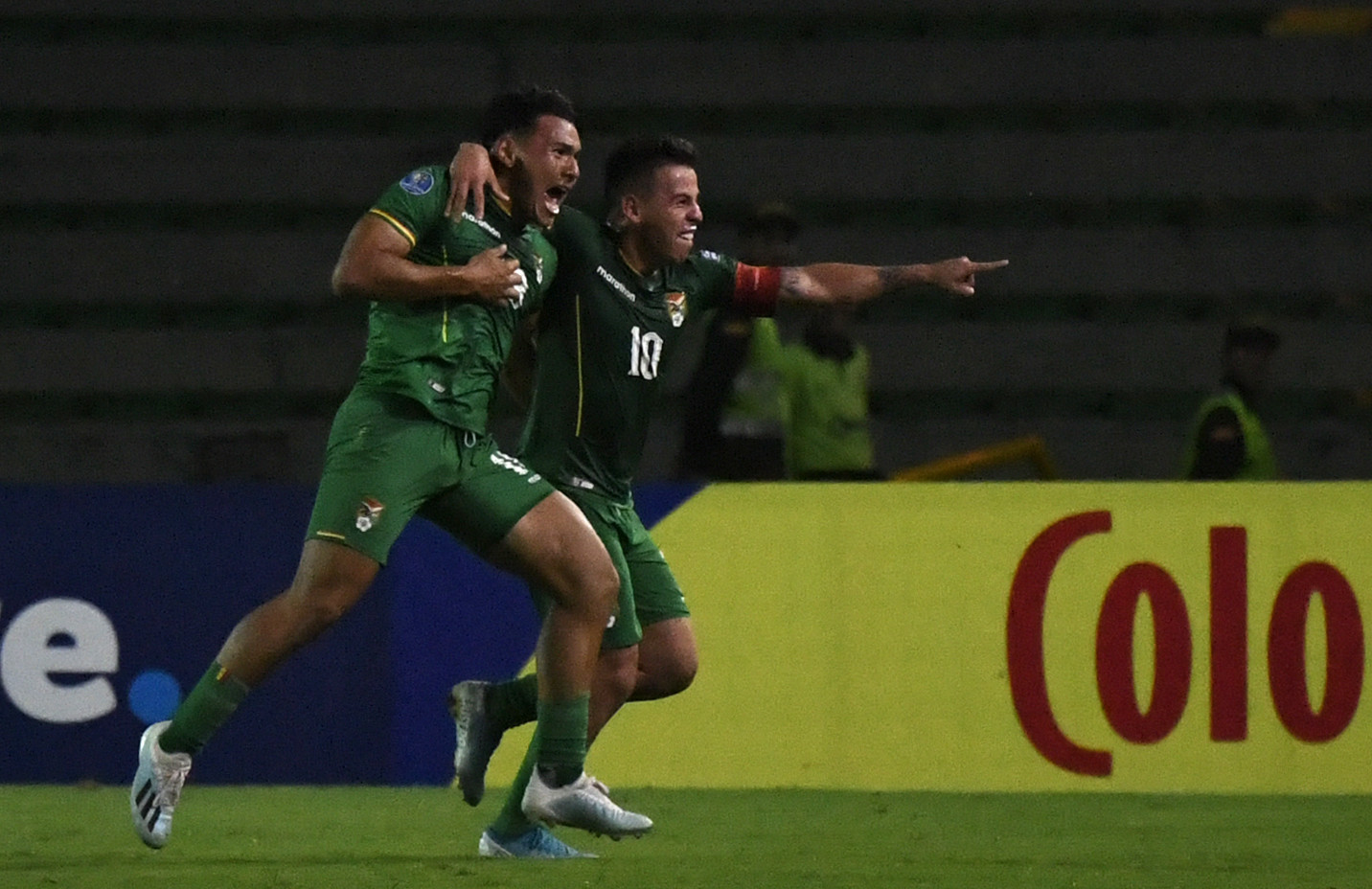 Bolivia and Peru won their first games of the South American Football Confederation (CONMEBOL) Pre-Olympic Tournament in dramatic fashion at the Estadio Centenario in Armenia, Colombia.

The sides sat at the bottom of Group B heading into their second matches, with Bolivia playing a strong Uruguay team boasting stars such as Diego Rossi of Los Angeles FC and Club America's Federico Viñas in attack.

The minnows took the lead when Moisés Villarroel converted a penalty and then made it two an hour in when Héctor Ronaldo Sánchez's corner found Víctor Abrego, who headed home from a difficult angle.

It was looking like being a comfortable win for Bolivia until their goalkeeper spilled the ball from a Uruguay corner, allowing defender José Luis Rodríguez to strike into an open goal, and two minutes later it resembled a complete collapse from Bolivia when Viñas equalised with a bullet header in the 80th minute.

Striker Fernando Saldías was brought on as Bolivia's final substitute in the 85th minute and that change turned out to be decisive as he would score the winner in the 94th minute, giving the team a 3-2 victory.

Peru would also win 3-2 in their match against Paraguay, staging a fantastic comeback after being two goals down.

Paraguay captain Saúl Salcedo scored the opener with a looping header in the 15th minute and his side added a second just a minute later thanks to Real Madrid youngster Sergio Díaz, who scored from a deflected shot after a series of defensive errors.

The halftime team talk must have worked as Peru turned the game around in the second half, with Sebastián Gonzáles scoring with his first touch after coming on in the 53rd minute just before the corner leading to his tap-in.

Luis Carranza then made the most of the goalkeeper failing to catch a cross, levelling the game from eight yards out.

Paraguay's aerial duels were suspect throughout and they conceded all three goals from crosses.

Santiago Arzamendia ended the scoring in the 74th minute, sending a bullet header into his own net - an incredible finish, just at the wrong end of the field.

The results leave Brazil top of the table after two games on six points, while every other side has three; Uruguay and Paraguay have played three matches and Bolivia and Peru have only played two.