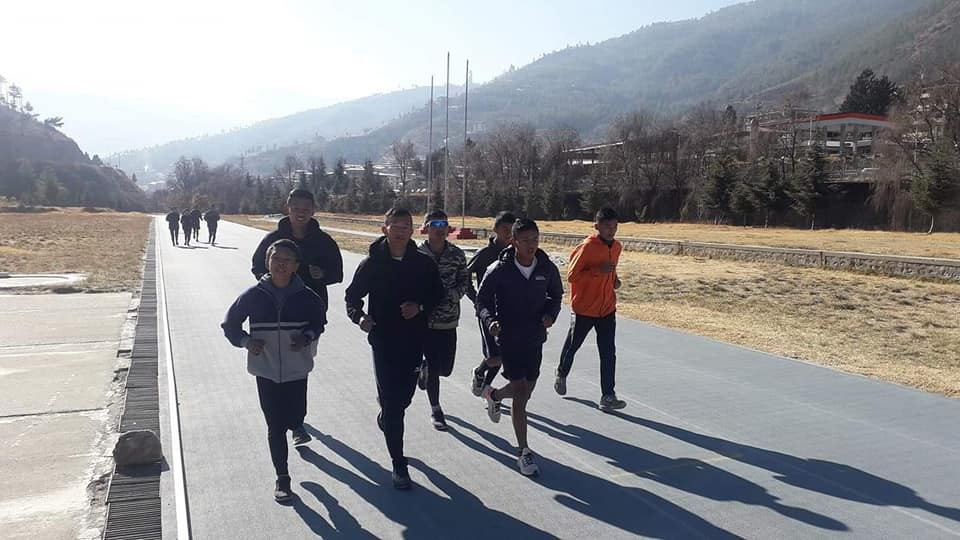 It is part of a bid by the Bhutan Athletics Federation and Bhutan Olympic Committee (BOC) to discover new sporting talent.

Athletes in sprinting, middle distance and long distance running are among those involved.

It is hoped that some of the athletes will go on to represent Bhutan internationally.

The small country, home to around 740,000 people, wants to improve its prospects after finishing bottom of the medals table at last month's South Asian Games in Nepal.

Bhutan has competed at every edition of the Summer Olympics since Los Angeles 1984 and has never won a medal.

Karma Karma, who carried the nation's flag at the Opening Ceremony, lost in the round of 64 in the women's individual archery competition.

Shooter Kunzang Lenchu did not advance from the qualification round in the women's 10 metre air rifle.

Prince Jigyel Ugyen Wangchuck, a member of Bhutan's Royal Family, is President of the BOC.

He is also an International Olympic Committee member.