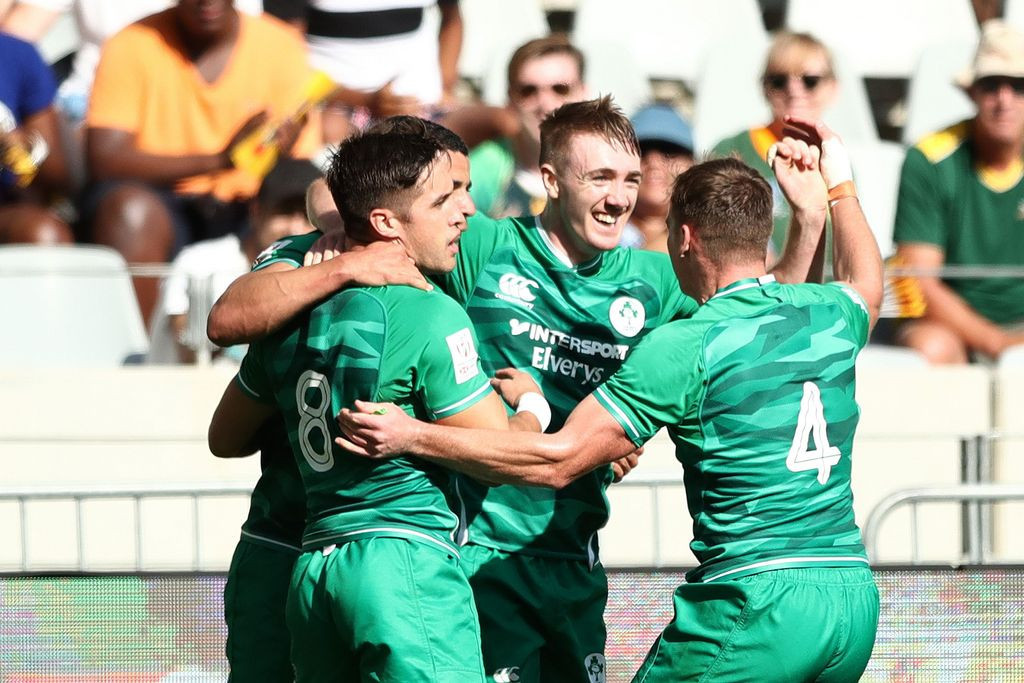 Ireland and Scotland snatched last-gasp upset wins over Australia and England, respectively, on the opening day of pool matches at the World Rugby Sevens Series event in Cape Town, while Kenya were also surprise victors over Samoa.

Australia were undone by a final-play try against Ireland, with Terry Kennedy racing away to secure a 26-21 win for the underdogs at the Cape Town Stadium.

It came exactly a week after Australia had beaten Ireland 45-21 in the pool stage of the Sevens Series stop in Dubai.

Joining Ireland at the top of Pool D are Kenya, who themselves defied the odds to defeat Samoa 24-19.

England, the bronze medallists in Dubai, lost out to Scotland in their Pool C match.

Femi Sofolarin, who played for England last season, scored the winner in added time of a pulsating contest that ended 26-24.

"You dream about moments like this..."@Scotlandteam score brilliant team to try to beat England in the final moments of the game.#ImpactMoment #DHLRugby pic.twitter.com/FrTNqDLYqg

France avoided joining England in suffering an unexpected loss, with a one-sided 40-7 win over Spain.

South Africa thrashed Japan 49-0 in the last match of the day, while Pool A rivals Fiji were 28-14 winners over the United States in a clash between the top two in the overall Sevens Series standings last season.

New Zealand, the most successful team in Sevens Series history in South Africa, were equally impressive in overcoming Wales 43-7 after their Pool B rivals Argentina conceded two late tries in a 33-21 victory over Canada.

The knockout stages will then bring the curtain down on the tournament on Sunday (December 15).