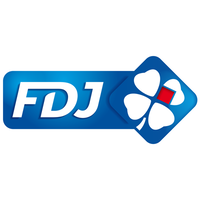 France's national lottery operator FDJ have announced they will become an official partner of the Paris 2024 Olympic and Paralympic Games.

FDJ are set to become an official partner in the second quarter of 2020 and will aim to bring everyone together to celebrate the Olympics, with 30,000 points of sale all over France.

It will hold a new licensed lottery programme from 2020 to 2024, consisting of games that will be expanded as the event develops.

FDJ had been the first company to actively support the Paris 2024 bid, launching a temporary instant game for the occasion.

"Making the Olympic and Paralympic Games with, and for, the people of France is about making the event part of their daily lives," said Paris 2024 President Tony Estanguet.

"Paris 2024 chose FDJ, the biggest local network in France, to celebrate the ultimate sporting event all over the country.

"We have not forgotten that FDJ was the first partner to show a strong interest in our Olympic bid.

"That is why we have been working together to drive our project forward: creating an instant game to support the bid, carrying out joint initiatives to promote gender equality in sport, and more.

"I am delighted that our journey together is continuing."

The partnership is also an opportunity for FDJ to highlight its commitment to developing French sport and promoting its values.

Echoing the social legacy objectives set by Paris 2024, FDJ carries out initiatives to promote ethics and diversity, supporting women’s sports and sports for persons with disabilities, for example.

As part of an almost 30-year commitment to support young champions, the company is now launching FDJ Sport Factory to help top athletes achieve their goals.

"FDJ has supported French sport for over 30 years and so we naturally wanted to promote the Parisian bid for the 2024 Games," said Stéphane Pallez, FDJ chairwoman and chief executive.

"By joining the Paris 2024 Organising Committee for the Olympic and Paralympic Games, we have renewed our commitment to sport and French athletes.

"Collaborating with the biggest sports event in the world is a real opportunity for FDJ and our 25 million customers, as well as our retailer network and employees.

"Our past contributions to the world of sport all led to this current commitment to get everyone involved in Paris 2024 and thus contribute to this great sporting and societal project."