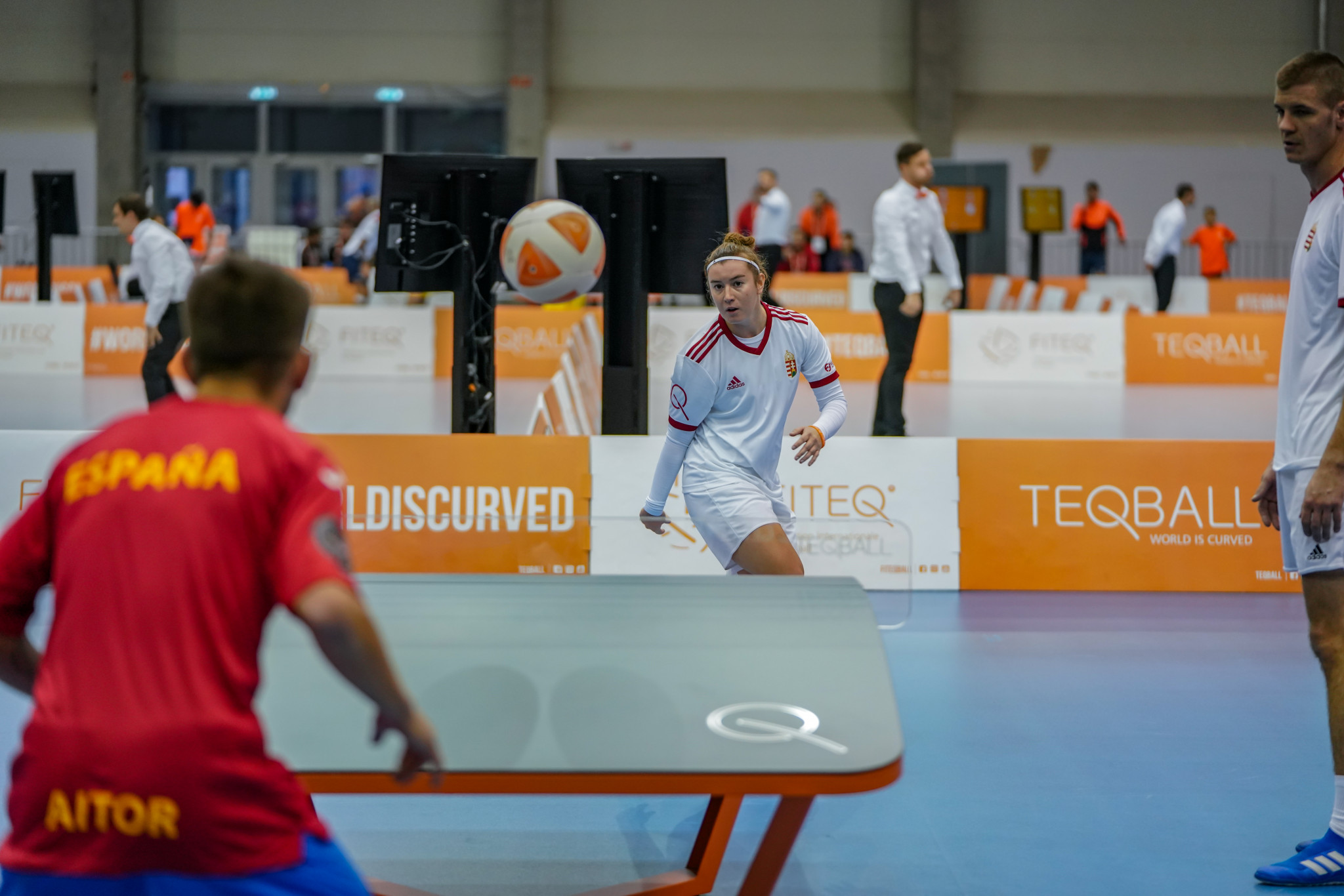 The pair triumphed in all five of their group stage games, first defeating Aitor Vives and Silvia Ferrer of Spain 20-8 before beating Julio Morales and Diana Rojer of Panama 20-4.

They then beat Maor Ankona and Mor Shaked of Israel 20-12, Turkish siblings Hamdi and Sabrine Hellal 20-5 and Gabriela Chavgova and Dian Georgiev of Bulgaria 20-7.

Bányik and Janicsek are now set to come up against Germany's Joel Nisslein and Dana Hillman in the quarter-finals.

They came second in their group behind Natalia Guitler and Marcos Viera of Brazil.

There was more delight for the hosts in the singles contest, with Ádám Blázsovics topping Group B.

Other athletes such as Vives and Nisslein also progressed to the quarter-finals.

The competition is wide open, with last year's winner Bárna Szécsi of Romania not featuring here.

In the doubles event, Nikola Mitro and Bogdan Marojević of Montenegro returned to defend their title earned last year in Reims.

They triumphed in all three of their group matches, first overcoming Dimitar Pejcinovski and Konstantin Čičevski of Macedonia 20-9, before beating Ahroon Nushraty and Siad Wais Ansary of Afghanistan 20-3.

A 20-4 victory against Egypt's Bilal Attia and Amir Marei Madi saw Mitro and Marojvic secure a place in the round of 16.

The knockout stages are scheduled for tomorrow, with the singles final taking place in the evening.

The mixed doubles and doubles final are then due to happen on Sunday (December 8).