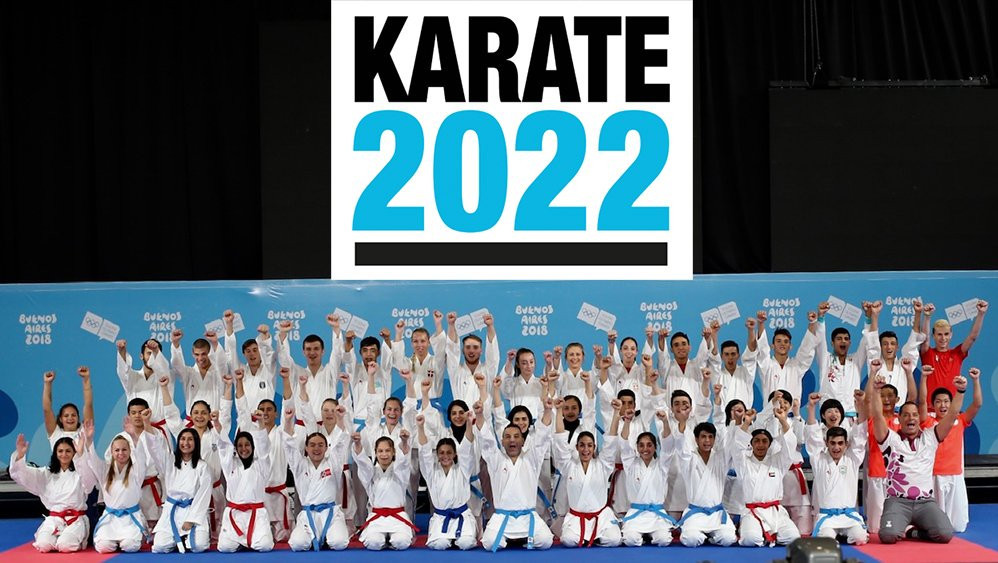 Karate will demonstrate why it "deserves" to be a core Olympic sport when it features at the 2022 Summer Youth Olympic Games in Dakar, World Karate Federation (WKF) President Antonio Espinós has claimed.

Espinós said the decision from the International Olympic Committee (IOC) Executive Board to include karate at Dakar 2022 was a "great achievement for our sport".

Karate was one of five additional sports confirmed on the programme for the Games in the Senegalese capital, the first Olympic event ever to be held in Africa.

Karate, due to make its Olympic debut at Tokyo 2020, is the only one of the five not included at Paris 2024, despite a concerted campaign from the WKF.

"The decision to include karate in the programme of Dakar 2022 is again a great achievement for our sport," said Espinós.

"Karate will show its significant youth appeal at the event in Dakar in 2022, and we will demonstrate, once again, that karate deserves to be an Olympic core sport.

"I am sure that the whole karate world will celebrate this fantastic news; all of us in unity will be ready to experience another landmark moment for karate."

Karate made its first Youth Olympic Games appearance as a full medal event at last year's event in Buenos Aires.

Six kumite categories - three for men and three for women - will feature at Dakar 2022, the same as at Buenos Aires 2018.

The WKF has also been granted an increase of four athletes per category to 12, up from the eight which competed in each weight class at Buenos Aires 2018.

All sports and events will be gender equal at Dakar 2022, due to run from October 21 to November 15.