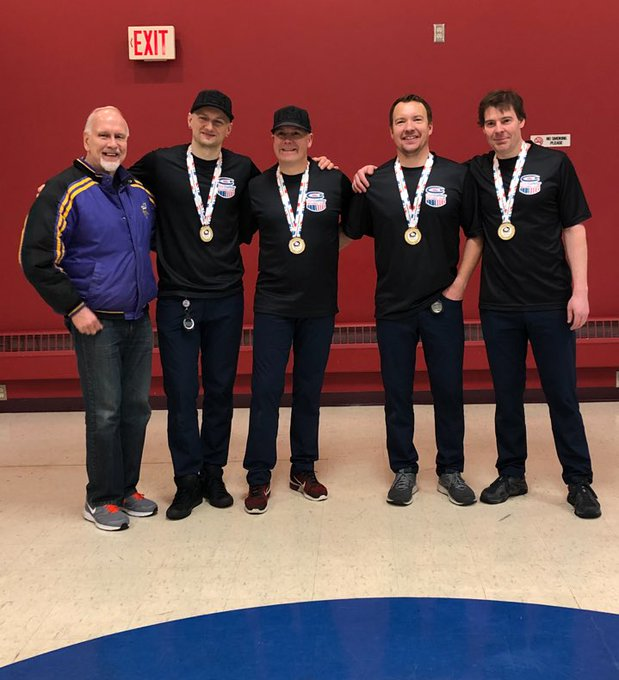 United States men’s and women’s teams qualified for the 2020 World Curling Championships after winning the Americas Challenge in Minnesota.

The tournament in Eveleth determined which country would secure the second Americas zone place in the two World Championship events, with Canada having already qualified.

The quartet earned consecutive 13-1 wins over Brazil and Mexico in their first contests.

Their second match against Brazil ended with an 11-3 victory, while their closest contest was a 9-5 win over Mexico.

The US team booked their spot to the World Men’s Curling Championship in Glasgow between March 28 and April 5.

Mexico won both of their matches against Brazil to qualify for the World Qualification Event, which will offer two further spots at the World Championships.

Czech Republic, England, Poland, Russia, China, Japan and hosts Finland will compete for the spots in Lohja during January.

The US also won the women’s Americas Challenge competition with skip Tabitha Peterson leading her team to victory.

Peterson as joined by Becca Hamilton, Tara Peterson and Aileen Geving as they matched the men’s teams’ results.

The team overcame Brazil 8-4 in their opening match, before beating Mexico 11-3 in the second.

A 10-2 win over Brazil and 13-1 triumph against Mexico sealed their place at the World Women’s Curling Championships in Prince George in Canada between March 14 and 22.

Czech Republic, Denmark, Germany, Russia, Scotland, Sweden, Switzerland, China and Japan are among the qualifiers for the event, along with hosts Canada.