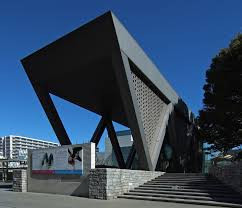 An art exhibition of official Tokyo 2020 posters will be held between January 7 and February 16, it has been announced.

It will take place at the Museum of Contemporary Art Tokyo with the aim of raising awareness about next year's Olympic and Paralympic Games in the Japanese capital.

Artists from Japan and overseas will feature after being confirmed as poster designers by Tokyo 2020 in July.

One new artist has now been added to the list - British Turner Prize-winning painter Chris Ofili.

Others already confirmed include Asao Tokolo, the Japanese artist who designed the Tokyo 2020 emblems.

He will provide two works, with one dedicated to the Olympics and one to the Paralympics.

Tokyo 2020 plan to hold a press preview event and an Opening Ceremony prior to the exhibition launch.

It will be the first public display of the official posters for the Games.

The contributors were picked by an Artist Selection Committee comprising senior figures from the worlds of art, culture and design.