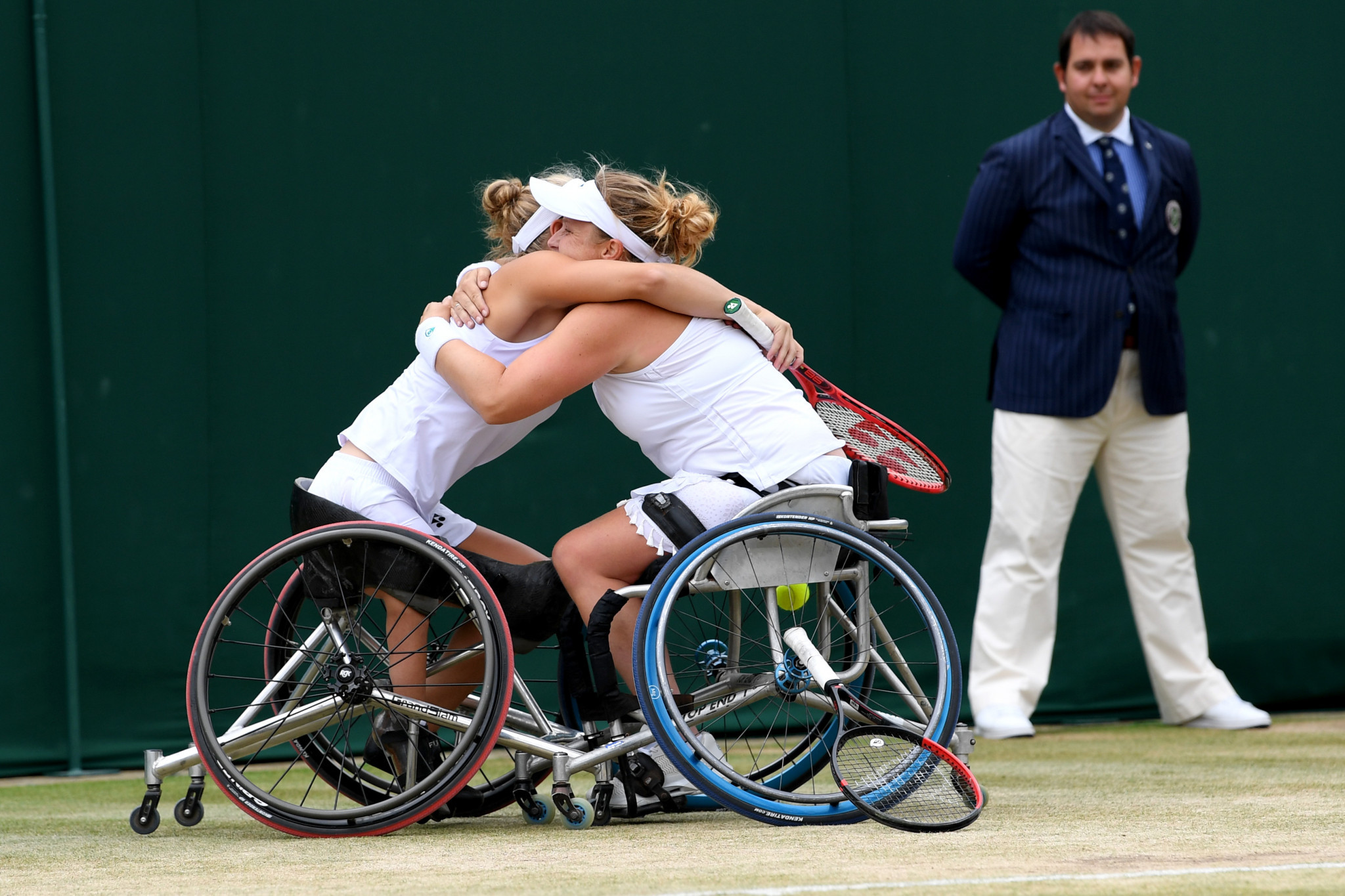 Diede De Groot and Aniek Van Koot of The Netherlands triumphed in the women's competition at the UNIQLO Wheelchair Doubles Masters in Orlando.

The pair overcame Lucy Shuker and Jordanne Whiley of Britain 6-2, 6-2 to top the podium at the United States Tennis Association National Campus.

It was De Groot's third doubles title from the Masters, yet another highlight in a successful year which includes a Grand Slam.

It was the first time De Groot and Van Koot won the title together, having already achieved gold at the Australian Open, French Open and Wimbledon this year.

Stephane Houdet and Nicolas Peifer of France were the winners in the men's doubles competition, defeating Joachim Gerard of Belgium and Stefan Olsson of Sweden 6-1, 6-2.

There was more success for The Netherlands in the quads doubles, after Niels Vink teamed up with Heath Davidson of Australia to defeat Kyu-Seung Kim of South Korea and Koji Sugeno of Japan 4-6, 7-5, 6-2.

Several of today's winners are set to feature in the finals of the singles competition tomorrow.

Vink is contesting the quads final with David Wagner of the United States, while Gerard is set to meet Alfie Hewett of Britain in the men's singles competition.

De Groot will play Yui Kamiji of Japan for the women's singles title.