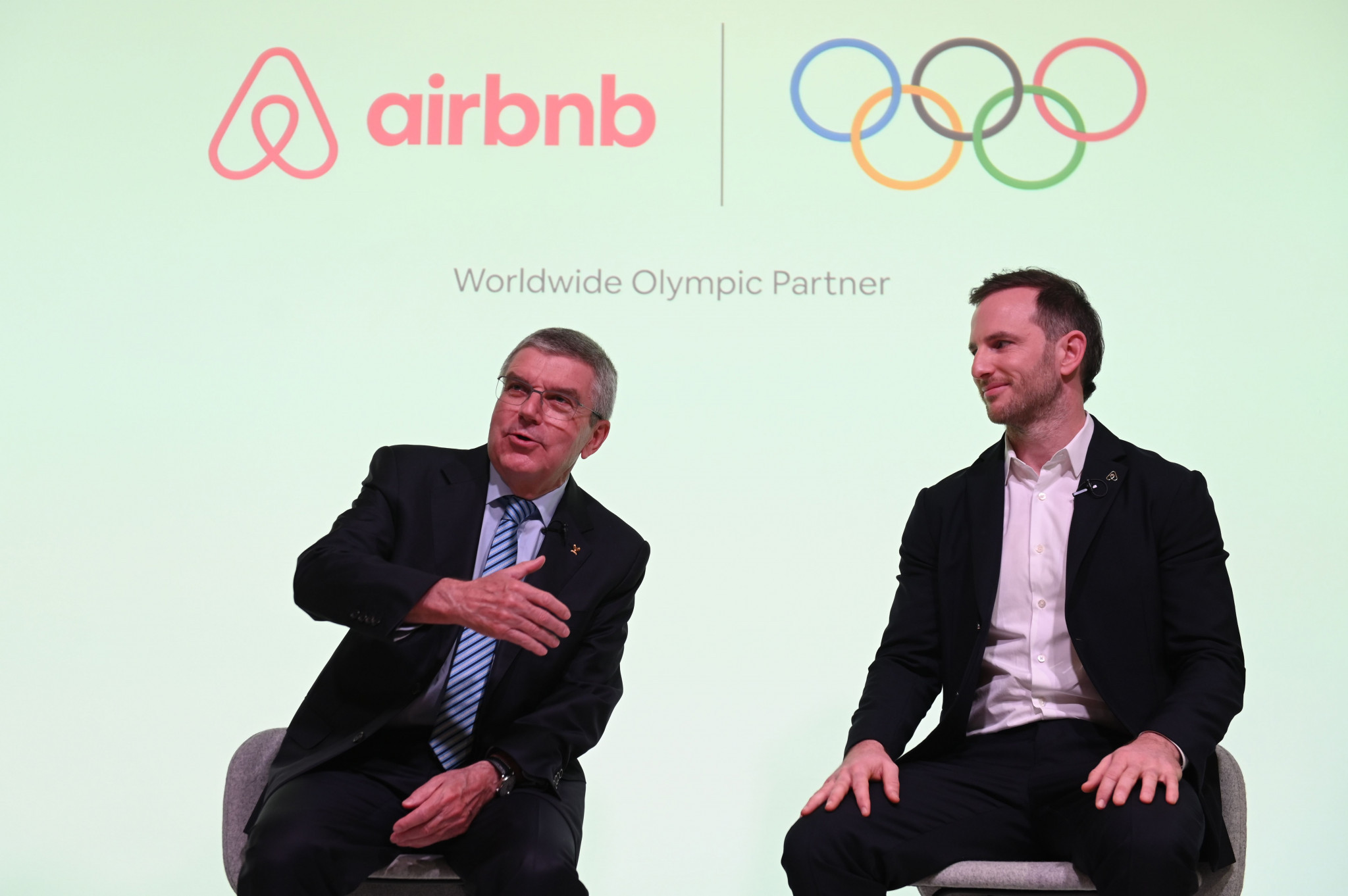 French hoteliers have announced the suspension of their participation in the organisation of the 2024 Olympic and Paralympic Games in Paris, according to French reports.

The move follows the official unveiling on Monday (November 18) of the room renting service Airbnb as a new multi-million-dollar global sponsor of the International Olympic Committee (IOC).

The $500 million (£386 million/€452 million) deal is seen as controversial in Paris, not least by Mayor Anne Hidalgo.

The proliferation of internet-based tourist rental services is believed to be a factor in pushing up rents in a number of European cities.

It also poses a considerable disruptive challenge to the hotel industry.

According to Le Figaro, Laurent Duc, President of the hotel branch of the Union of Hotel-related Trades and Industries (UMIH), told the news agency Agence France-Presse that "hoteliers will suspend their participation in the organisation of the 2024 Olympic Games".

The 67th UMIH Congress is currently taking place in the resort of Biarritz, a possible host of the Paris 2024 surfing competitions, in south-west France.

In a strongly-worded communiqué on its website, the UMIH described the IOC/Airbnb partnership as "inopportune".

It went on: "It is outrageous to make this enterprise which uses deregulation in every country of the world a worldwide partner of the IOC.

"Where is the morality?"

The deal, it said, was "totally disrespectful towards the professionals of the hotel trade who have worked with the Paris 2024 organising team since the bidding phase.

"Two different sets of rules for the same match – where is the fair play?"

The deal, which adds a big name from the increasingly powerful tech sector to the panoply of brands in the IOC’s worldwide sponsorship programme, covers the next five Olympic Games, starting with Tokyo 2020 and running through to Los Angeles 2028.

The cities where these Games will take place are among Airbnb’s biggest markets for private accommodation rentals worldwide.

Even before Monday’s big reveal in London, it has been reported that Hidalgo, who faces a tight-looking race for re-election as Mayor next March, wrote to warn the IOC about the "risks" of its Airbnb deal.

She is said to have told IOC President Thomas Bach of her "total determination" to tighten rules on tourist rentals in the French capital.

At the moment this negative reaction to the new deal seems to have been confined to Paris, and there is clearly plenty of time for attitudes to change and mutually acceptable arrangements to be agreed.

However, after a difference of opinion with Tokyo over the decision to move next year’s Olympic Marathon races north to Sapporo, the IOC now appears to have cheesed off important figures in a second Summer Games Host City in a matter of weeks.