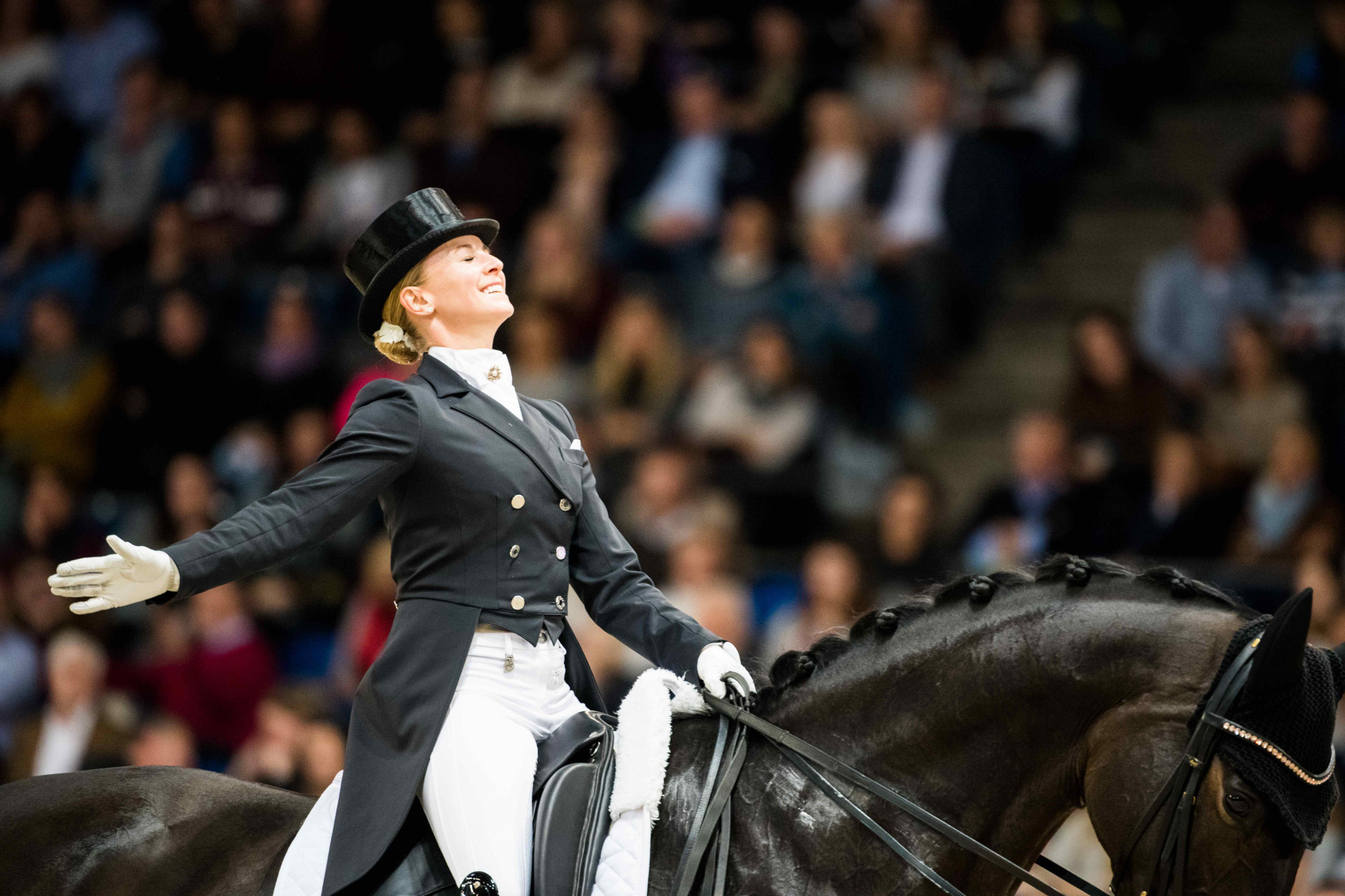 The 33-year-old, part of the Germany team which won team gold at last year's World Equestrian Games in Tryon in the United States, registered a score of 88.440 per cent on board TSF Dalera BB.

It was enough to get the better of team-mate and six-time Olympic gold medallist Isabell Werth, who scored 87.240 with Weihegold.

Werth was victorious in Lyon two weeks ago and was a triple defending champion in Stuttgart, but had to settle for second place this time.

Judy Reynolds of Ireland was the best of the non-Germans, ending sixth on 80.755.

"She gave me a feeling I've never had before.

"In Rotterdam she was already amazing but today it felt even lighter and easier.

"Every piaffe was amazing, every transition, every passage and pirouette, every half-pass…

"I'm so excited about our future now."

Von Bredow-Werndl is now joint top of the Western European League standings, from which the top nine will qualify for the 2020 World Cup Final.

She has 48 points after four events and shares the lead with compatriot Frederic Wandres.

The next competition is in Madrid in a fortnight.