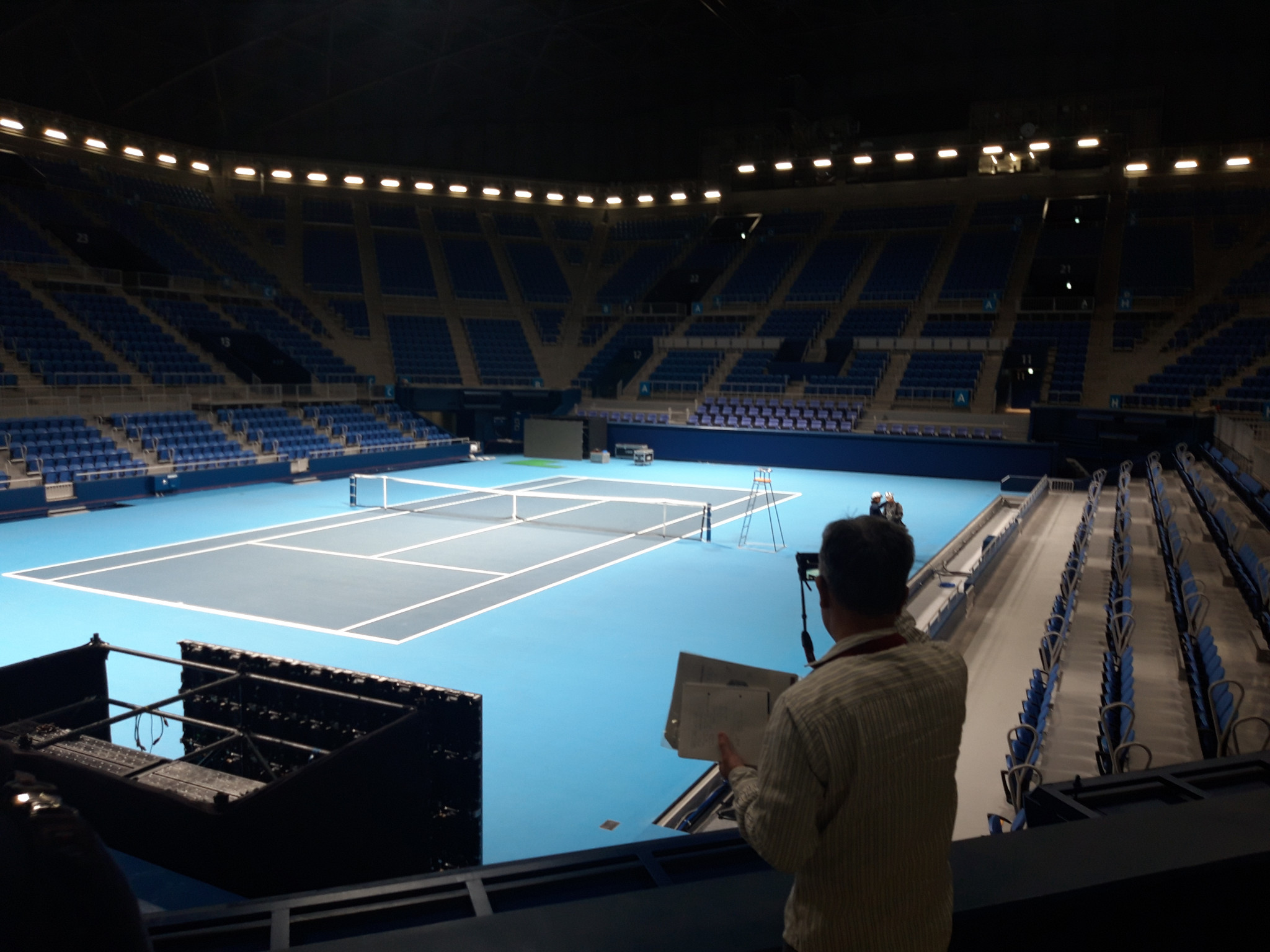 Qualifying for the main draw of the Mitsubishi All Japan Tennis Championships gets underway tomorrow, as Ariake Tennis Forest Park prepares for its Ready Steady Tokyo tennis test event.

The main draw will begin on Saturday (October 26) as the venue in downtown Tokyo is put through its paces by the Tokyo 2020 Organising Committee.

During a venue tour at last week's Tokyo 2020 World Press Briefing, it was revealed that work on court two, the park's third showpiece arena, has not started yet, with organisers confirming plans are on schedule for a March 2020 completion.

The park's impressive centre court - Ariake Colosseum - staged the final of the Rakuten Japan Open earlier this month, when Novak Djokovic of Serbia claimed glory with a 6-3, 6-2 win against Australian John Millman.

The Ariake Colosseum is expected to home 10,000 spectators, with a retractable roof giving organisers an extra method to shelter fans from extreme temperatures, should the heatwave from July be repeated in nine months.

Swiss Roger Federer also used an exhibition match at the park to announce he will compete in Tokyo next year.

It will represent a last-chance saloon for Olympic glory for the 20-time grand slam winner, who made his debut at the Sydney Games in 2000.

The closest Federer came to Olympic gold was at London 2012, when he lost to Britain's Andy Murray in the final.

Qualifying will begin with the women's singles tomorrow, while the men's qualifying starts on Thursday (October 24).

Risa Nishinishi is the top seed in the qualifying draw and will face fellow Japanese Ankichi Yoshiyoshi.

Details of the men's qualifying draw are due to be released tomorrow.

The 94th edition of the championships will conclude on November 3.