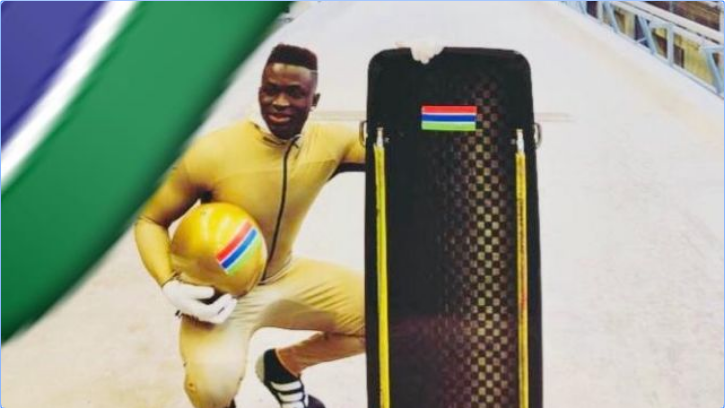 A skeleton athlete from The Gambia has set up a crowdfunding page to help his country compete at a Winter Olympic Games for the first time at Beijing 2022.

He claims that amount would allow him to complete a whole season and qualify for the Winter Olympics in just over two years.

"I'm dreaming of my country The Gambia to compete for the first time at the Winter Olympic Games 2022 in Beijing," Krubally writes on the GoFundMe page.

"I decided to do skeleton, which means throwing myself down an ice channel on a small board, head-first.

"I founded IceGambia, a federation that lets me be a member of the official bobsleigh and skeleton organisation.

"The only thing that is missing are the funds for this season."

He added: "Please help support the crazy idea of a crazy guy doing a crazy sport just to see his country compete.

"With €15,000 I can do the whole season (Europe Cup/International Cup) and qualify for the Winter Olympic Games.

The page can be viewed by clicking here.

The Gambia has sent athletes to every Summer Olympics since 1984, but the nation is yet to compete at the Winter Olympics.

The Xiaohaituo Bobsleigh, Skeleton and Luge Track in Yanqing District will play host to those three sports at Beijing 2022 and is scheduled to be ready for testing in June 2020.