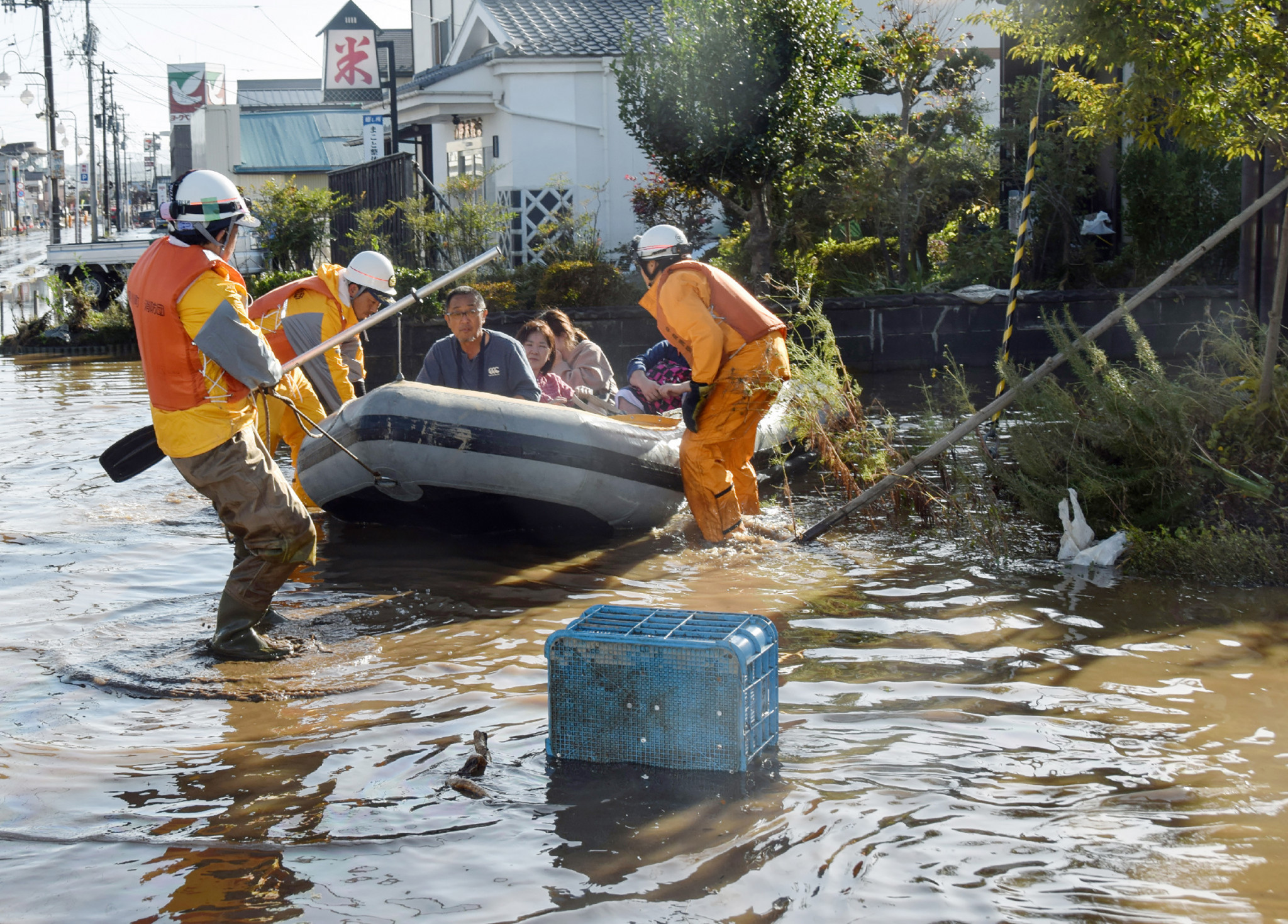 Members of the Canadian rugby team helped the rescue efforts in Kamaishi after their final Rugby World Cup pool match against Namibia was postponed amid safety concerns in the wake of Typhoon Hagibis passing over Japan.

World Rugby made an early call to postpone the match as 18 people died as a result of torrential rain and tornado-like winds throughout the country.

Thousands of military personnel and rescue workers have been deployed to aid rescue efforts and the Canadian team did not hesitate to do their bit to help.

Neither Canada or Namibia were able to qualify for their quarter-finals owing to their three previous defeats each in Pool B and both nations were awarded two points for a 0-0 draw under World Rugby's tournament rules.

World Rugby posted a video on social media of the Canadian team and praised their efforts in Kamaishi.

In the post, they said: "Following the cancellation of their match in Kamaishi, Rugby Canada players headed out to help with recovery efforts, showing the true values of the game.

"Amazing scenes and brilliant to see from the team."

Following the cancellation of their match in Kamaishi, @RugbyCanada players headed out to help with recovery efforts, showing the true values of the game.

Amazing scenes and brilliant to see from the team. #RWC2019 pic.twitter.com/jdXQlyD2ZM

Utility back Peter Nelson told BBC Sport: "We were gutted our game was cancelled but at a time like this, there are a lot more important things than rugby.

"When we got here we saw people's houses destroyed and we tried to do our very small part to help them however we can.

"The people here have made the tournament.

"It is such a friendly nation - it is only right to try to give back as much as we can."

World Rugby cited landslides and flooding when cancelling the Canada match and advised ticket holders they would receive a full face-value refund.

Tournament director Alan Gilpin said: "The safety of teams, fans, volunteers and workforce is our number one priority.

"Following strong direction from the Prefecture of Iwate and the City of Kamaishi, we were left with no option but to cancel the match on safety grounds.

"Our hearts go out to the teams and also their fans, but also the people of Kamaishi, who have been incredible during what has been a special journey in recent years."

Regrettably, the Namibia v Canada match has been cancelled. People's safety must come first. Flooding and landslides near the venue make it impossible to play #RWC2019 via @RugbyWorldCup https://t.co/c0pfx0CFIU

Yesterday, England's Pool C decider against France and New Zealand's Pool B clash with Italy were both cancelled as Japan prepared for the typhoon to hit.

As the typhoon made landfall, news broke that a man had died when his car was flipped over in strong winds, while rising river levels across the country resulted in almost seven million people being advised to evacuate their homes.

In Hakone near Mount Fuji more than one metre of rainfall was recorded between Friday (October 11) and yesterday, the highest total ever recorded in Japan in a 48-hour period.

The Chikuma river in the northern Nagano prefecture burst its banks as residential areas flooded but fears of flooding in Tokyo's capital have abated with river levels receding and flood defences holding firm.

A minute's silence was held at Kumamoto Stadium prior to Wales' 35-13 victory against Uruguay in Pool D as well as at Yokohama’s International Stadium for Japan and Scotland's crunch match in Pool A.