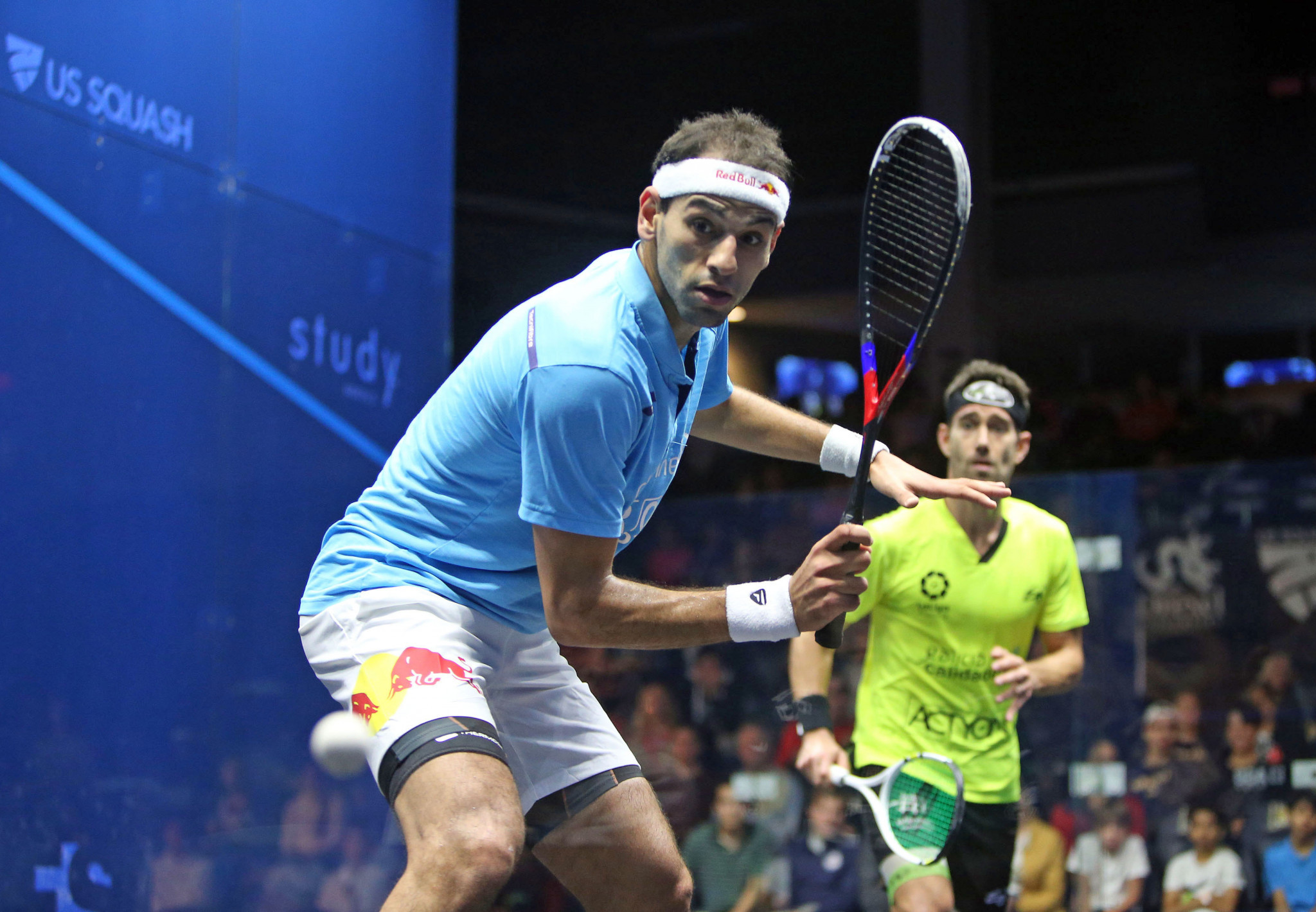 Mohamed ElShorbagy and Raneem El Welily got their respectively title defences off to a winning start in round two of the Professional Squash Association (PSA) U.S. Open Squash Championship in Philadelphia.

The Egyptian duo booked their spots in round three at the PSA World Tour Platinum event at Drexel University Daskalakis Athletic Center with very different routes to victory.

ElShorbagy took the opening game 11-8, only for Golan to level the match in the second game.

"When you play Borja, it is always going to be tough," said ElShorbagy.

"He is one of those players that if you are going to take them out, you have to fight for every point.

"He is so experienced, he knew what time to change the ball, what time to slow the pace and when to play at a faster pace.

"I finish every season ask myself what went wrong and what I need to work on.

"I want to be back at [world] number one again, I don’t want any other number but number one.

"I’m going after that spot big time this season."

Compatriot Ali Farag holds the position ElShorbagy craves and showed no signs of relinquishing his grasp at the top of the world rankings.

The passage into tomorrow's round three was even smoother for El Welily, who claimed an 11-5, 11-4, 11-5 win against Shahin.

The third round is scheduled to be played tomorrow and Tuesday (October).