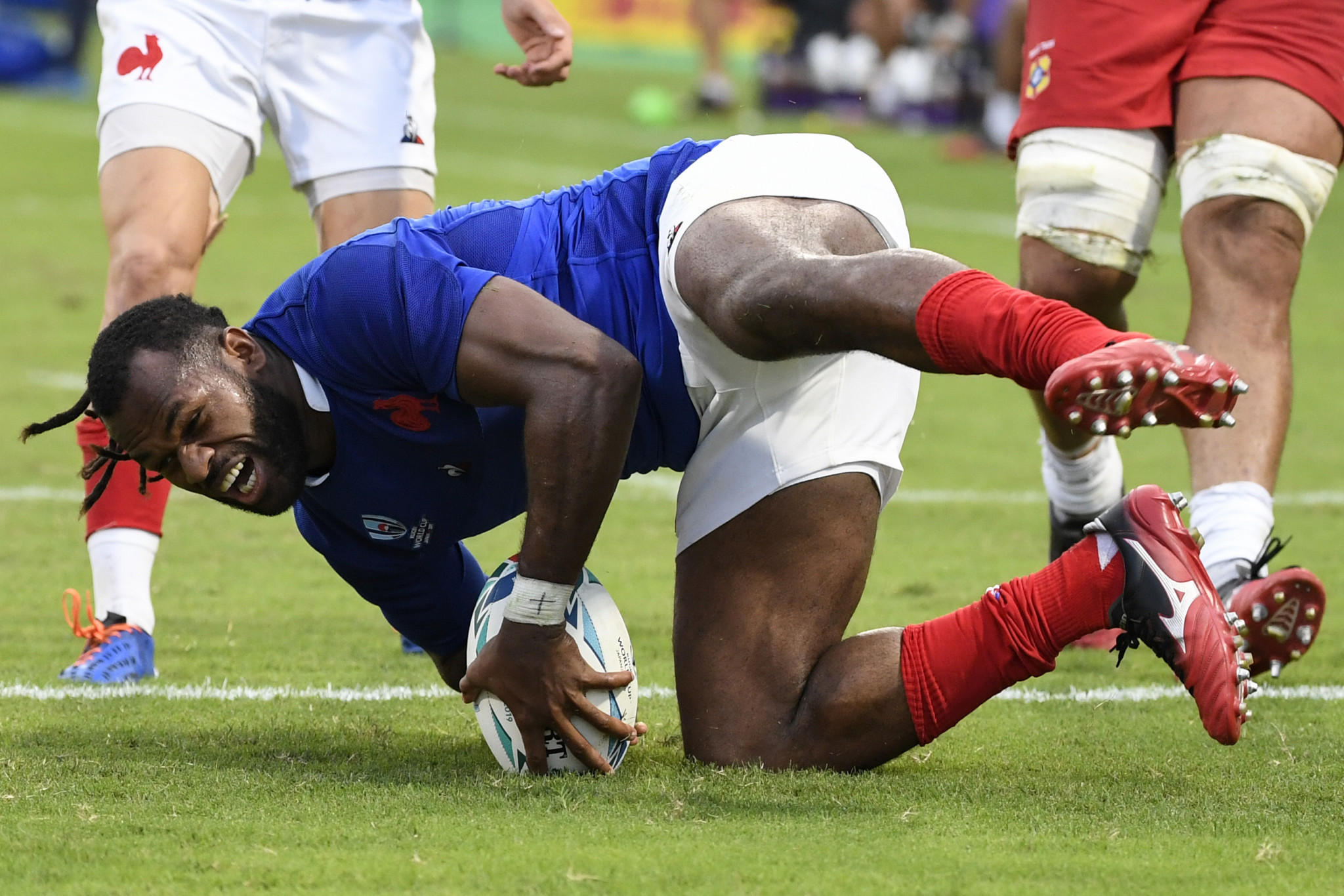 France qualified for the quarter-finals of the Rugby World Cup but only after being given a major fright by Tonga in Kumamoto.

Jacques Brunel's side beat the Pacific Islanders by just two points, 23-21, as they joined England in going through from Pool C.

The All Blacks only led 10-9 after half-an-hour in Tokyo but class eventually showed as they went on to add an unanswered 61 points.

Virimi Vakatawa and Alivereti Raka scored tries in the first half for France who raced into a 17-0 lead at Kumamoto Stadium.

Both were converted by Romain Ntamack, who had also kicked a third minute penalty.

Sonatane Takulua crossed the whitewash for a Tongan try on the stroke of half-time to give his side some hope, and added the extras himself.

France allowed Argentina back into the game after being 20-3 up in their first match of the tournament, before winning 23-21.

History repeated and Tonga had another try six minutes after the restart, as Mali Hingano went over and Takulua converted.

The French now only led by three but a pair of penalties from Ntamack stretched their lead back out to 23-14.

Damian Penaud thought he had scored another French try before it was ruled out by the televised match official for a knock-on, and with just two minutes left Tonga set-up a nervy finish.

Zane Kapeli dotted down a try and Takulua was successful from the tee, but there was no time for a further score.

France will now play England to see who wins Pool C and books a likely quarter-final with Australia.

The runners-up are expected to play Wales.

"We wanted a bigger scoreline but because of handling errors we were not able to achieve that," said Brunel.

They remarkably went in front at Tokyo Stadium as Damian Stevens kicked a second minute penalty from out wide.

Sevu Reece responded with an All Blacks try after five minutes, with Anton Lienert-Brown going over after 20, but neither was converted.

Stevens then kicked a pair of penalties to leave his side just 10-9 behind and deserving of all manner of plaudits.

The holders were always likely to prove too strong, however, and ended up with 11 tries.

Angus Ta'avao and Ben Smith each crossed before the re-start with Jordie Barrett converting both.

Barrett ended with 16 points from the boot with Perenara's try the pick of the bunch after a sublime behind-the-back pass from Brad Weber.

"It was one of the better ones I've heard," said Coles.

"And rightly so, to be fair, we deserved it.

"It was good, a bit old-fashioned, you don't really see that too much these days.

"But I think it was just what we needed to get things going."

New Zealand will win Pool B if they, as expected, beat Italy on October 12 in Toyota.

That would earn a quarter-final against the Pool A runners-up, which could be either hosts Japan, Ireland or Scotland.

The World Cup resumes on Tuesday (October 8) when South Africa, who should finish second behind New Zealand in Pool B, take on Canada in Kobe.