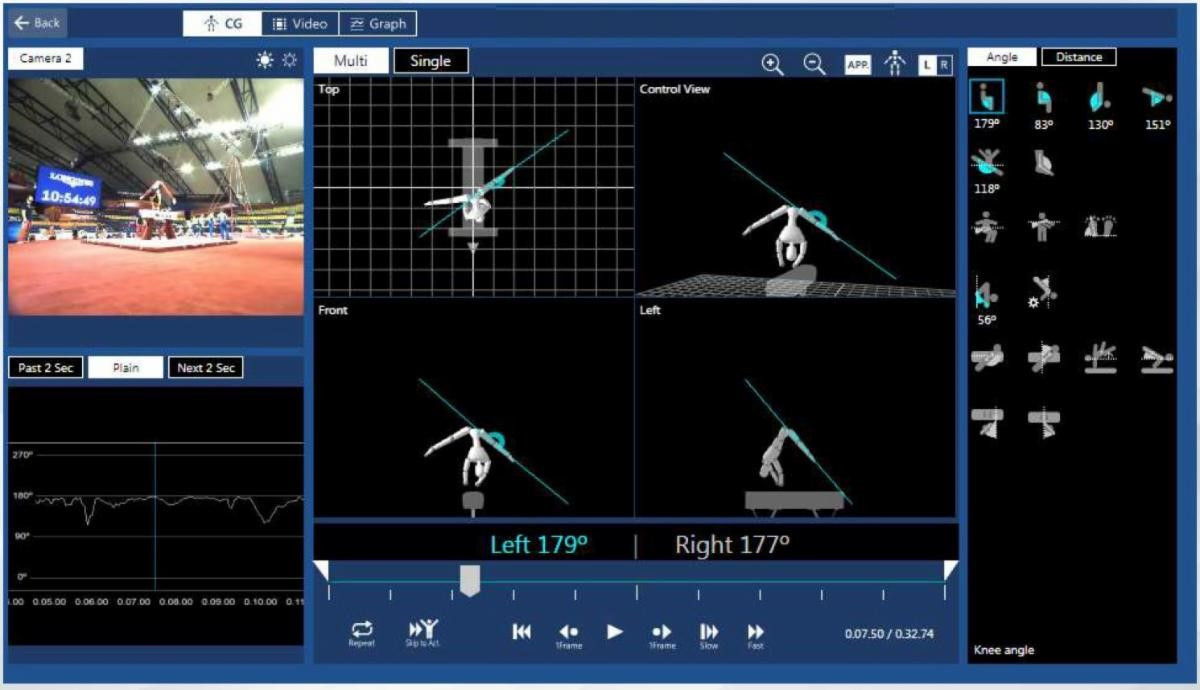 The use of artificial intelligence (AI) and 3D sensor technology will be introduced at the International Gymnastics Federation (FIG) Artistic Gymnastics World Championships in Stuttgart this week.

The Championships are due to begin on Friday (October 4) and conclude on October 13 and will see the Fujitsu Limited and FIG project launched as a new milestone in judging support systems at the Hanns-Martin-Schleyer-Halle.

It will be used as an additional tool for confirming difficulty scores on the pommel horse, rings, and the men's and women's vaults.

Judges who oversee the competitions will have the possibility to review exercises in the cases of inquiry or blocked scores.

FIG and Fujitsu began a collaboration two years ago to produce a more fair and accurate real-time judging support system.

At the 2018 World Championships in Doha technical verification tests were held before a decision to implement the system in Stuttgart.

Further tests at the Tokyo All-Around World Cup in April and June's Junior World Championships in Hungary allowed FIG's Executive Committee to give the project the green light.

"The people we must always have in mind are the gymnasts," said FIG President Morinari Watanabe.

"They dedicate their youth to this sport, which gives them dreams and sees them flourish.

"We cannot accept that all those years of hard effort and all those dreams can be destroyed by a single judging error.

"Scoring controversies must become a thing of the past, and the technology that Fujitsu has been developing will reinforce trust in judgement."

The judging support system uses AI and 3D sensors to capture a gymnast's movement and analyse it as numerical data.

It will produce a 3D digital view of the performed elements from a variety of angles to deliver a fair and accurate judgement.

FIG's instant replay and control system will still be used at the championships.

Fujitsu executive vice-president Hiroyuki Sakai said the technology giant is delighted to have the system in place in Stuttgart.

"Through this opportunity, FIG and Fujitsu will continue to create value for gymnastics, further accelerating our co-creation activities to develop the discipline and promote the global sports business," he added.

Beyond the World Championships, FIG and Fujitsu aim to develop the technology further and apply it to six other artistic gymnastics apparatus.

They also believe it can be used for educational, coaching and training purposes in the future.