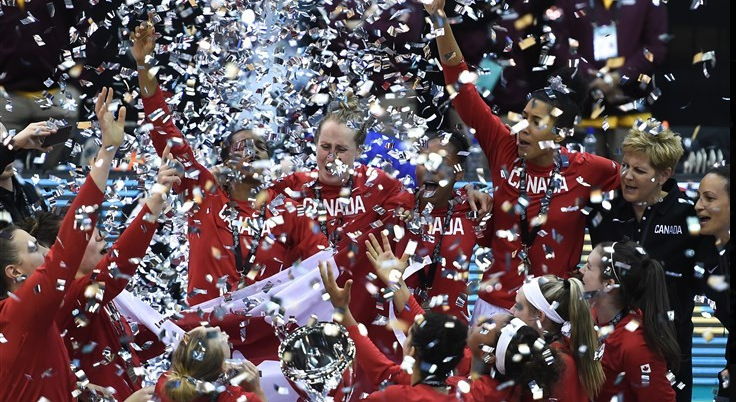 Progression in Olympic qualifying is on the line, as well as continental glory, when the International Basketball Federation (FIBA) Women's AmeriCup gets underway tomorrow.

The tournament starts in San Juan, Puerto Rico, at the 9,000-capacity Roberto Clemente Coliseum, and is the first step in qualifying for Tokyo 2020.

A total of 10 teams take part, all aiming to reach the final and be crowned American champion on September 29.

Also, the top eight sides go into two Americas Pre-Qualifying Tournaments this November, with four teams in each tournament.

The top two teams in each event go into the final Olympic qualifying event, where places in Japan next summer are on the line.

The FIBA Women's AmeriCup is divided into two groups of five, with the top two sides in each pool advancing to the semi-finals.

All smiles for the Senior Women’s National Team. The final 12 Woman Roster for the 2019 @FIBA AmeriCup is set with their first game being played on September 22nd at 12:30pm ET. #WeAreTeamCanada #CanadaBasketball #StandOnGuard pic.twitter.com/evHz8wIhDc

Canada are seeking a third title in succession, having won in 2015 and 2017, their first ever AmeriCup titles.

"The FIBA Women's AmeriCup is always a great opportunity for our women's team to compete against the best in our zone," Denise Dignard, Canada Basketball's director of women's high performance, said.

"We are looking forward to seeing our team in action as this will be valuable and a great stepping stone as part of the new FIBA Olympic qualification system."

Other strong contenders are Brazil, who have won the most overall titles with five championships, and the US, who despite winning every Olympic tournament since 1984 – with the exception of Barcelona 1992 – have not triumphed in the continental event since 2007.