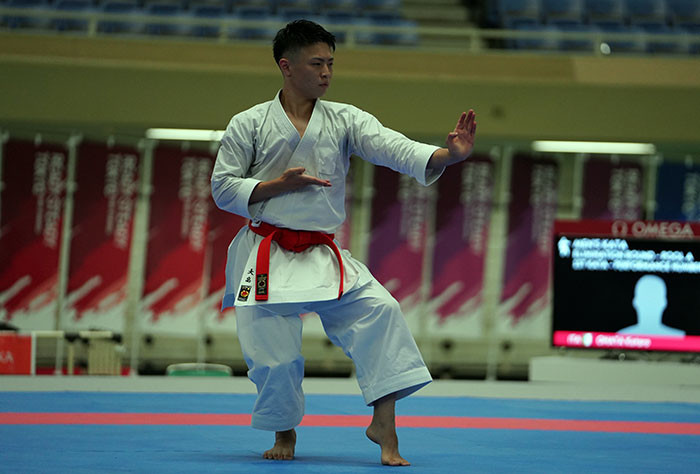 Tokyo 2020 official Yasuo Mori has claimed organisers of next year's Olympic Games are fully prepared for the impacts of any typhoon as he attended the karate test event in the Japanese capital.

A typhoon devastated parts of Tokyo on the same day as the Ready Steady Tokyo karate test event.

It has raised concerns for the Tokyo 2020 Organising Committee with just 10 months to go until the city hosts the Olympic Games.

But Yasuo Mori, deputy executive director of Tokyo 2020's Games operation's bureau, insisted the Organising Committee would be ready to tackle any possible effects should a typhoon occur during the Games.

More than 900,000 homes were left without power after the typhoon made landfall near Tokyo and 130 flights were cancelled.

The Kyodo News agency in Japan reports three people have died and more than 30 people have been injured as winds of over 200 kilometres per hour were recorded.

"The typhoon is an issue which should be anticipated, it is not unexpected," said Mori following the conclusion of the karate test event.

"We could foresee all the effects that the typhoon may have, especially regarding matters such as transportation, etc.

"Ready Steady Tokyo karate gave us a chance to test the competition schedule for karate at the Games.”

The test event took on the format of the Olympic competition's second day, which will see both kata and kumite disciplines contested on August 7.

It followed the two-day Karate 1-Premier League competition, held at the same venue.

A post shared by World Karate Federation (@worldkaratefederation) on Sep 8, 2019 at 11:57pm PDT

More than 30 competitors participated in the Olympic trial, with 65 staff members and over 35 technical officials overseeing the competition.

"It was very well organised and it was a huge success, with the arena completely full on the last day.

"It demonstrated what Karate may offer during the Games.”

Officials were able to garner insights into karate's readiness for the Olympic Games while ensuring all operational elements to the tournament could be streamlined, it is claimed.

"I am so honoured to be part of this test event," said Ruika Sao of Japan, who competed in both kata and kumite bouts during the test event.

"I am very moved to participate in this event because I know that in a year the best karatekas in the world will be competing here in Nippon Budokan.

"I will root for them as a spectator."

On Friday (September 6), the WKF held an Olympic seminar at Nippon Budokan, where around 100 coaches were given an overview of preparations for Tokyo 2020.

The seminar outlined coaching requirements during Games time and addressed issues including the protection of athletes, clean sport and general rules of behaviour.