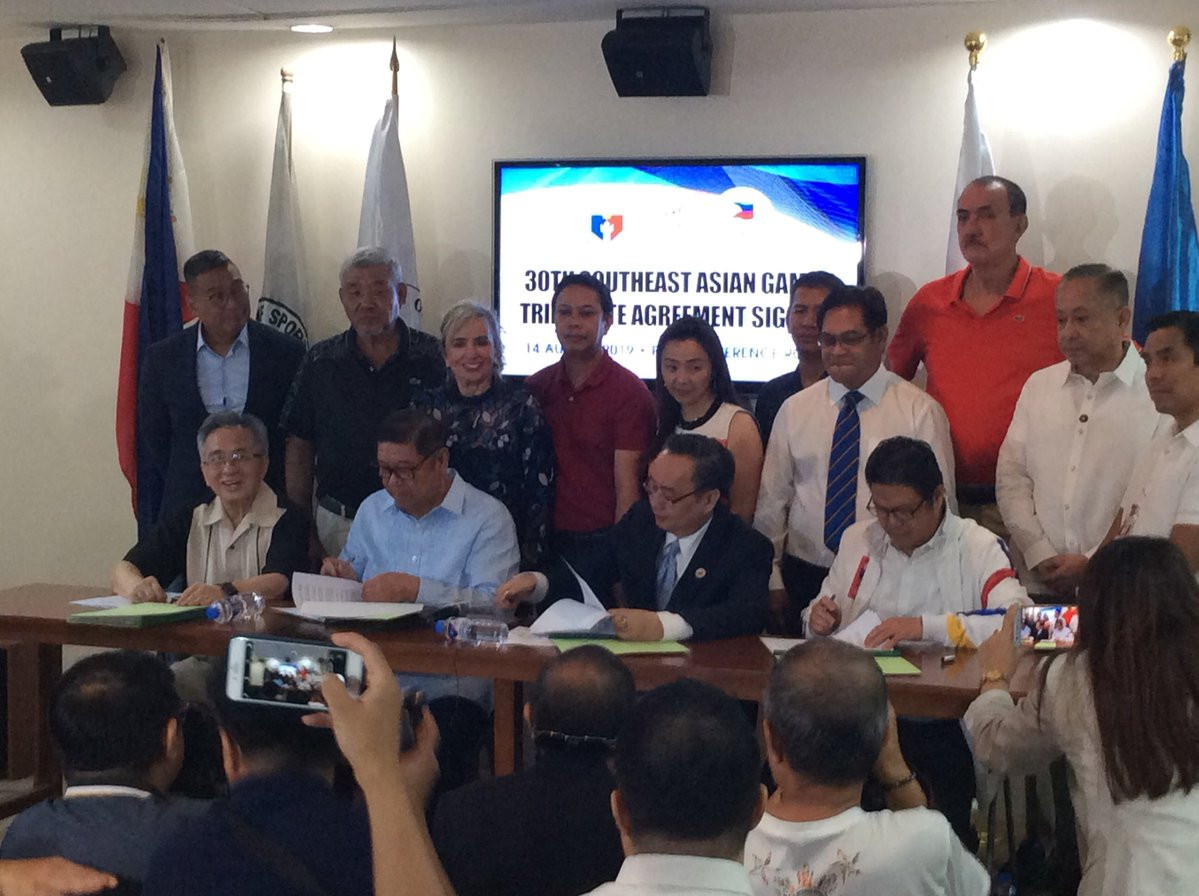 A tripartite agreement has been signed with the aim of ensuring the successful hosting of the 2019 Southeast Asian (SEA) Games in the Philippines.

It came after the POC Executive Council granted newly elected President Abraham Tolentino permission to enter into it.

The build-up to this year's SEA Games, from November 30 to December 11, has been overshadowed by a crisis at the POC.

In June, Ricky Vargas resigned as POC President because of a dispute linked to the nation's troubled preparations for the multi-sport event.

The row centered on the creation of the PHISGOC Foundation, which the POC board alleged was set up without its approval.

"This is a historic day for us and we should move forward in the coming days since we barely have four months to go before the first day of the SEA Games," Suzara was reportedly said.

Ramirez, also the Chef de Mission of the Philippines team, commended the POC for settling its differences.

"I’m confident, although it's a little bit late," he said.

"But, it is still beautiful to see we are working together."

Ramirez also claimed the PSC had played its part in secluding athletes from the POC crisis and reports of alleged corruption, as ordered by the Philippines President Rodrigo Duterte.

"Whatever that has transpired in the past, it was part of the journey," he said.

"Despite the very tight condition – and many things are tight – we took good care of the athletes.

"They are heart and souls of the SEA [Games].

"I think those things taught lessons that we have to work together."

Under the tripartite agreement, the PSC has to ensure that the disbursement of the PHP ₱6 billion (£94 million/$115 million/€103 million) funds through the Department of Budget and Management will be done according to Duterte's directive "that there should be no corruption".

The agreement mandates the PHISGOC to make sure that any financial support provided by the PSC will not be used for any purpose unrelated to the staging of the 30th edition of the SEA Games.

Following the conclusion of the 2019 SEA Games, the PHISGOC has to refund to PSC "any unutilised" amount it received.