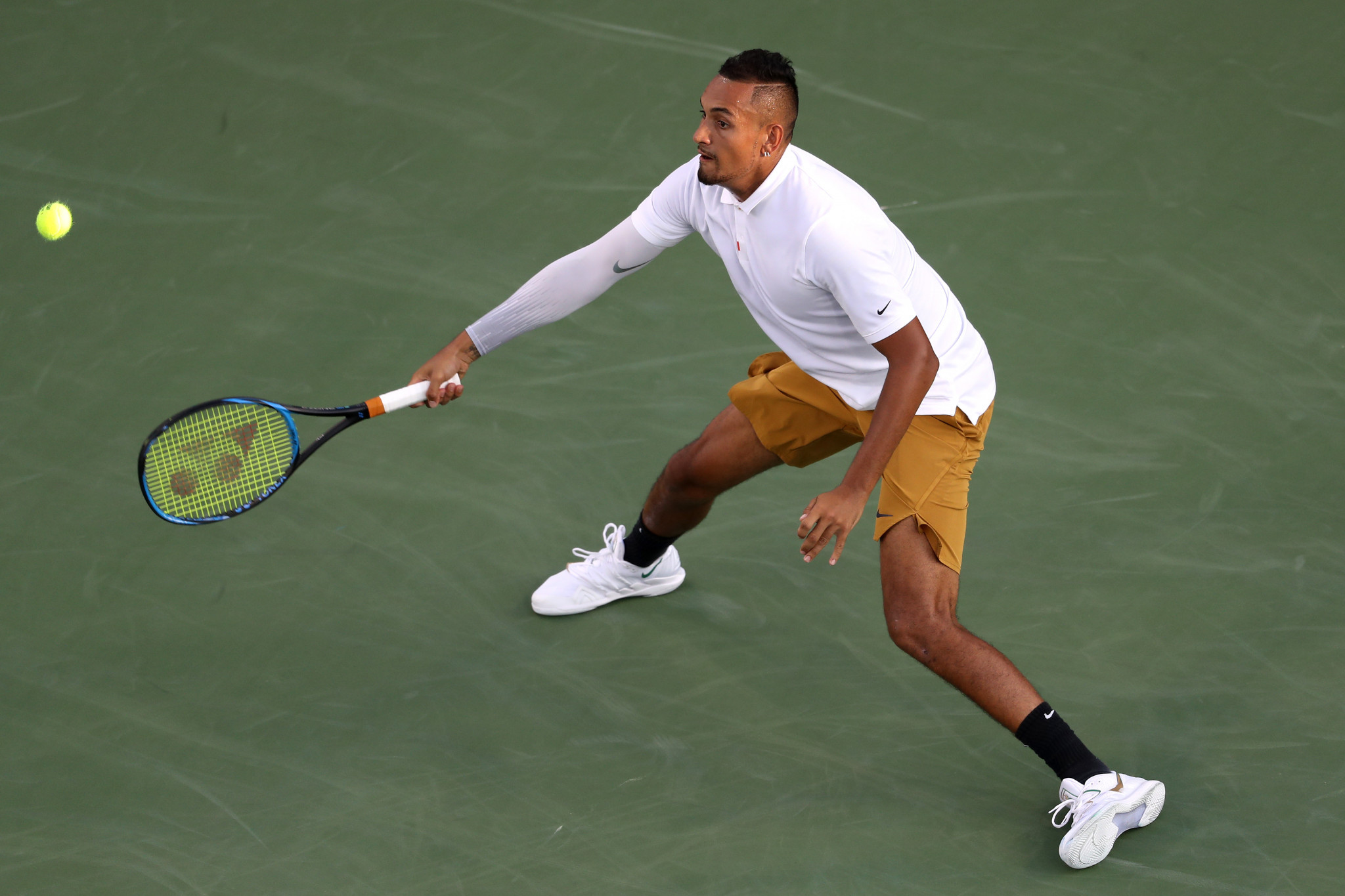 Controversial Australian tennis player Nick Kyrgios is facing heavy sanctions from the Association of Tennis Professionals (ATP) after swearing and appearing to spit at a chair umpire at the end of his Cincinnati Masters third round defeat to Russia's Karen Khachanov.

As tempers flared at the Lindner Family Tennis Center, Kyrgios broke two rackets during a bathroom break he had been denied by Fergus Murphy, before describing him as "the worst ref in the game".

The outbursts came as Kyrgios' frustrations boiled over when he lost the second set.

He continued to say: "I don't understand how you've still got a gig to be honest."

Kyrgios had become agitated with a belief that the shot clock - which counts down the 25 seconds players are allowed between points - was being started too early midway through the second set before receiving a court violation for his comments.

The eighth seed Khachanov kept his cool to record a 6-7, 7-6, 6-2 victory to progress to round three of the ATP World Tour Masters 1000 event, as Kyrgios let himself down again by calling Murphy "a f***ing tool" at the game's conclusion.

Kygrios also clashed with Murphy at the Washington Open two weeks ago and swore at the official during the Queen's tournament in London in June.

In May, Kyrgios received a game penalty for storming off court at the Italian Open and has previously been fined by the ATP for not trying after implementing an underarm serve technique.

Last year umpire Mohamed Lahyani was suspended for two tournaments after he was seen to be encouraging the Australian to try in his US Open clash with Frenchman Pierre-Hugues Herbert at Flushing Meadows.

In 2016 Kyrgios was given an eight-match suspension by the ATP for "conduct contrary to the integrity of the game" at the Shanghai Masters after he was deemed to not be trying in his second round defeat to Mischa Zverev of Germany.