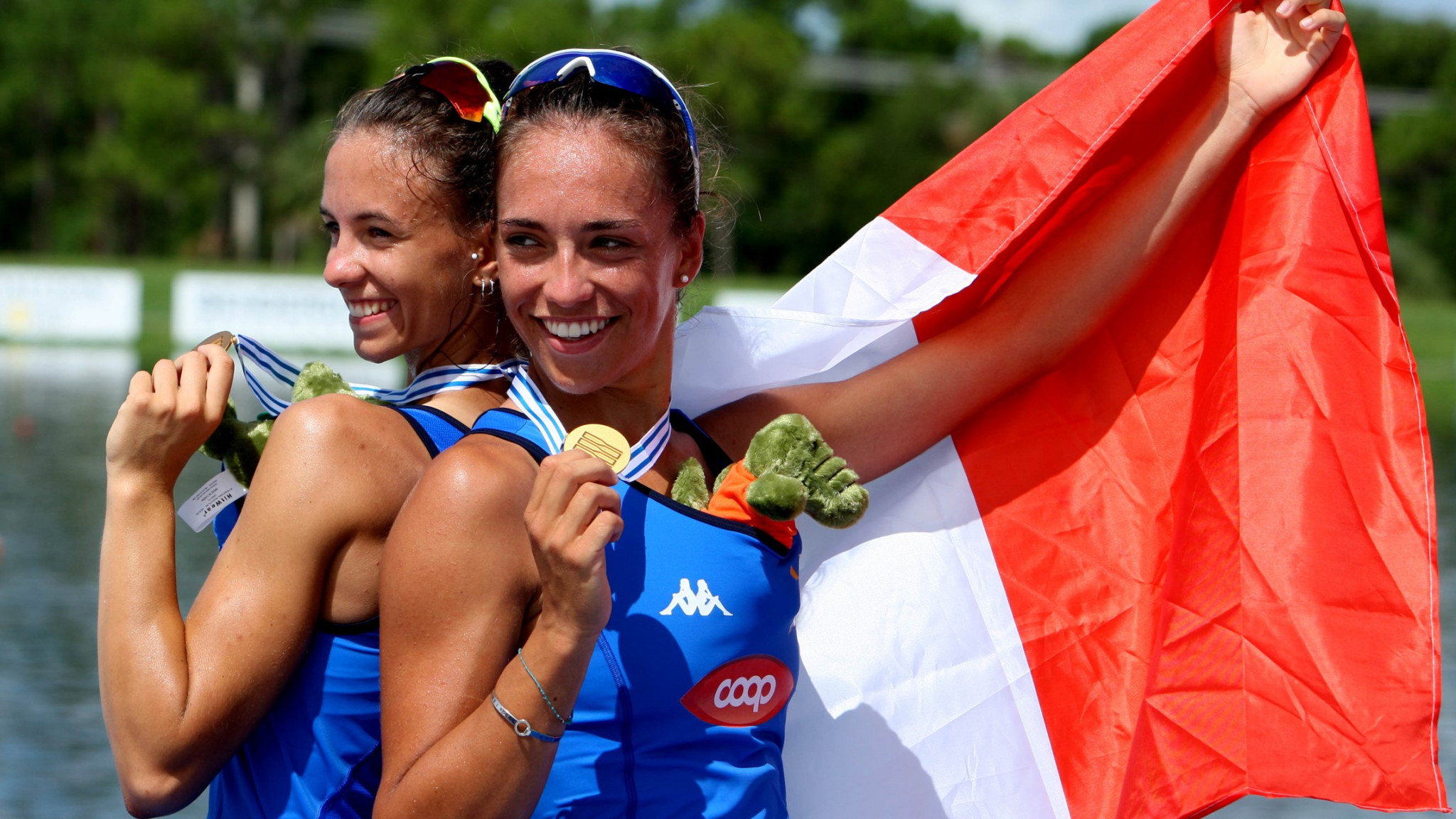 Italian crews were in stunning form at the World Rowing Under-23 Championships as they won five gold medals on the first day of finals in Sarasota-Bradenton.

The country's success included a world's best time for the age group in the women's coxed four as flat water provided perfect conditions for racing at Nathan-Benderson Park.

Qualification for the final had been tight and it was Italy who took it in a time of 7min 02.22sec.

This was 0.38sec quicker than a time set by the United States women's coxed four last year.

France came through for silver with Australia taking bronze.

"We had preliminaries yesterday, and those were quite close, so we expected a competitive race today but we also really wanted to have fun and race our race, focus on ourselves," said Italy's Claudia Destefani, who raced with Giorga Pelacchi, Benedetta Faravelli, Laura Meriano and coxswain Diletta Diverio.

The US won a preliminary race earlier this week but Maietta, one half of the reigning champions in the discipline, was unable to make it back-to-back golds with her new partner.

In the lightweight men's pair, Italy's winners were Riccardo Italiano and Raffaele Serio who broke away from the field.

Giulia Mignemi, Greta Martinelli, Silvia Crosio and Arianna Noseda sealed gold in the women's event in front of crews from Germany and hosts the US.

Britain were the next best performers today as they paddled to a pair of gold medals.

They triumphed in the women's quadruple sculls as Lola Anderson, Ella Toa, Molly Harding and Lucy Glover came through following a mistake by the leading Dutch boat which saw them "catch a crab" and lose control of an oar.

Germany and Romania won silver and bronze as the Dutch slipped to last.

In the men's quadruple sculls, Britain defended their world title after returning with three of the same crew.

"This has been a brilliant race," said Hayward.

"This is the year that we've wanted and I feel on top of the world."

Golds were also won by Greece, Australia and Romania on the first of two days of finals.

Greeks Christina Bourmpou and Maria Kyridou won the women's pair after setting a world's best time yesterday in the semi-final.

"It was tougher than we expected," said Bourmpou.

"We were struggling with our breathing because of the hot conditions.

"We didn't have a fast start but at 1,000 metres we started to feel okay and changed the rhythm to make a push.

"We're both very happy with the result."

Romania won the men's pair thanks to Dumitru-Alexandru Ciobica and Florin-Sorin Lehaci who led from the front.

The Championships will conclude tomorrow with the remaining 12 finals, including the eights and single sculls.