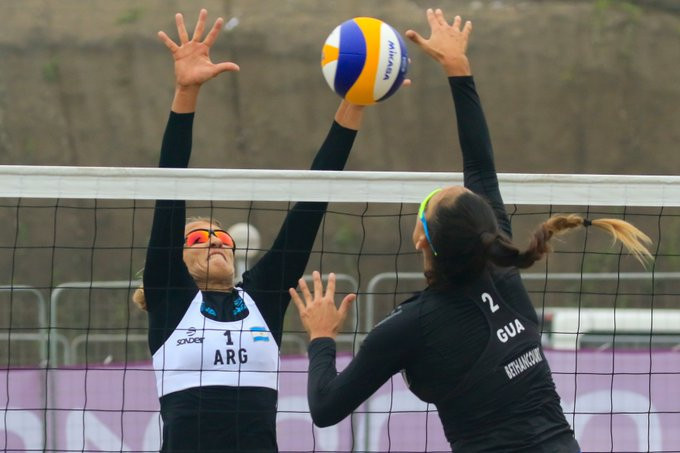 Sport has got under way here at the Lima 2019 Pan American Games in the preliminary rounds of the beach volleyball and handball.

Beach volleyball athletes were the first competitors of Lima 2019, two days before the Opening Ceremony takes place on Friday (July 26).

The host nation got off to a good start in the women's event, with Lisbeth Allcca and Medalyn Mendoza defeating Kathya Vasquez and Maria Vargas of El Salvador 21-0, 21-0 at Costa Verde in San Miguel.

In the men's competition, defending champions Rodolfo Ontiveros and Juan Virgen of Mexico were stunned by Chilean cousins Marco Grimalt and Esteban Grimalt.

"We've been the champions for four years but Chile has been preparing for a long time, while we've come from a very long period of inactivity," said Ontiveros.

"You have to come in with a positive attitude to make the most of it."

Peru were unable to provide their home supporters with much to cheer about, suffering a heavy 46-16 defeat to Dominican Republic.

"There are some points we have to improve," said Peru's Tifany Angulo.

"Tomorrow there is another game, so we have to get better."

Both sports continue tomorrow, with bowling, modern pentathlon, softball and squash due to begin.