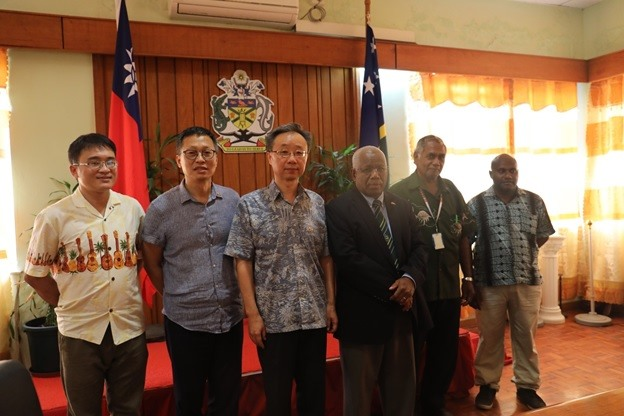 Solomon Islands 2023 have signed a Memorandum of Understanding (MoU) with the Fu Tsu construction company over the development of the National Stadium which will be used at the next Pacific Games.

The MoU was signed by the Organising Committee, Jimmie Rodgers, secretary to the Solomon Islands Prime Minister, and the chairman of Fu Tsu Cliff Lin.

The agreement builds on a similar MoU signed in March which confirmed funding from Taiwan and Fu Tsu's involvement in designing and constructing the National Stadium.

Under the terms of the first agreement, it was confirmed Fu Tsu would be responsible for the design of an International Association of Athletics Federations (IAAF) standard venue.

The facility will have a maximum capacity of 12,000 people, which is deemed to make it suitable for the Games while ensuring easy maintenance.

The stadium is expected to host several events during the 17th edition of the Pacific Games, including athletics.

Solomon Islands' Government said Taiwan were the first nation to offer support for the Games after donors were requested.

Consultations on the stadium bid process took place more than three years prior to Fu Tsu Construction being confirmed as the chosen contractor by the Government.

The latest MoU has outlined the parameters and time-lines for the design and construction process.

The outcomes of the consultations will be signed into a "definitive agreement" between Solomon Islands 2023 and Fu Tsu Construction no later than November 1 this year.

It has been claimed the "world class" stadium will be ready for use by January 2023.

This, organisers claim, will enable athletes to begin using the facilities prior to the Games.

"The stadium is another example of the cordial relations between Solomon Islands and Taiwan," said Rodgers.

Representatives from the Prime Minister's office and cabinet were also present at the signing ceremony.

This included the Ministry of Finance and Treasury, as well as Oliver Liao, deputy Chief of Mission and Minister at the Taiwan Embassy.

Organisers reached an agreement over the land for the stadium in the Solomon Islands' capital Honiara, located on the island of Guadalcanal, last year.

Solomon Islands were awarded the Games back in 2016, having seen off the challenge of rivals Tahiti.

They are poised to become the seventh nation to host the Games, which take place every four years.

The 16th edition of the Games are currently taking place here in Samoa.