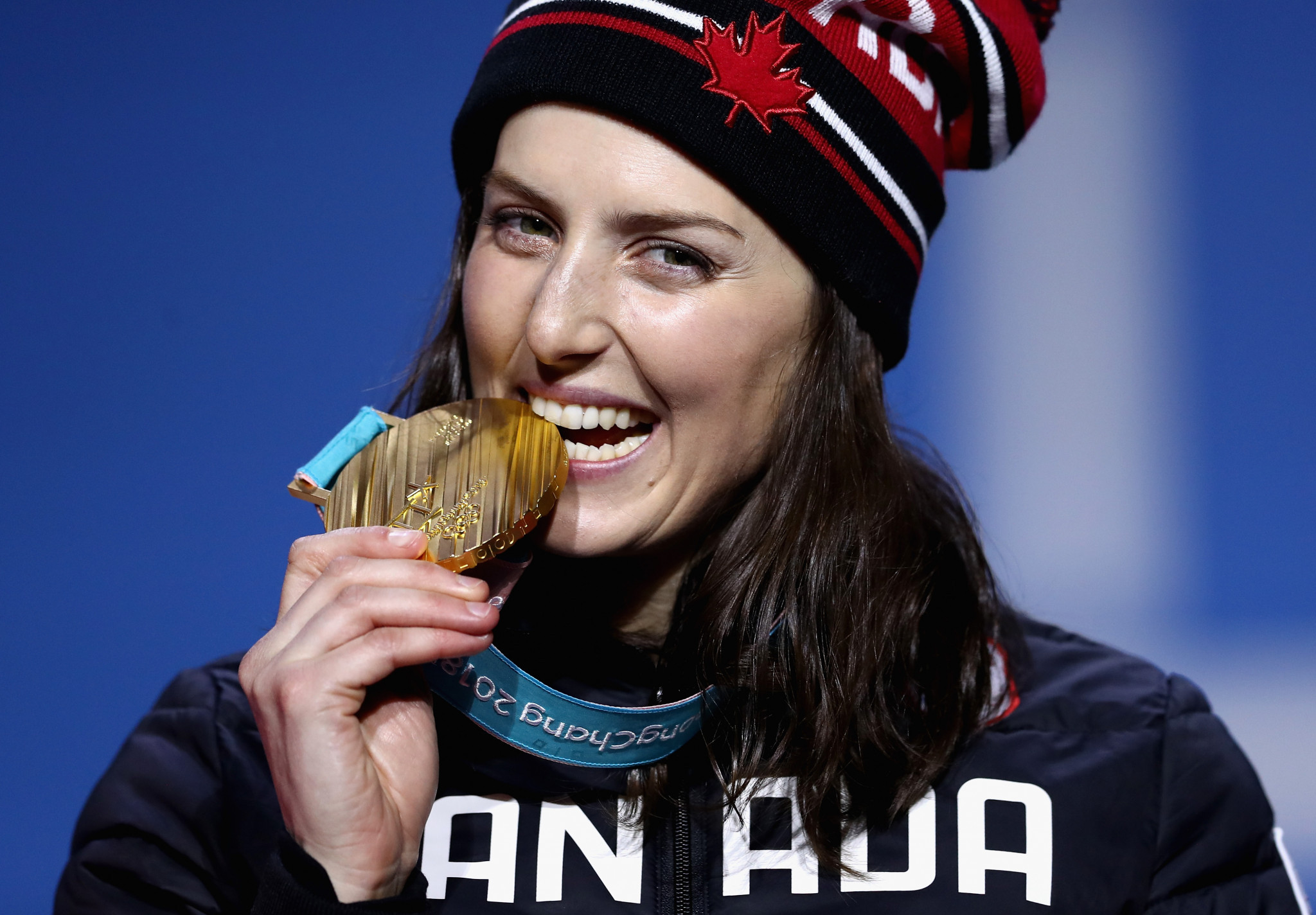 Canada's Olympic ski cross champion Kelsey Serwa has announced her retirement at the age of 29.

She plans to concentrate on a career in physiotherapy.

"I love that feeling.

"But now for sure I'm like 'Okay, my time has come and I'm ready for the next stages of my life.'".

Canada have dominated ski cross, which involves skiers racing head-to-head down a course featuring jumps and turns, since it made its Olympic debut at Vancouver 2010, when Serwa finished fifth as Ashleigh McIvor won the gold medal.

"Finishing second in Sochi, that was kind of my decision-maker to go one more Olympics, one more quad," Serwa told The Canadian Press.

"Looking back, it kind of perfectly jumped from one to the other.

"The Olympic gold medal is just the cherry on top of it all."

Serwa, who has a ski run named after her at Kelowna's Big White Resort, which was founded by her grandfather Cliff, is due to marry professional skier Stan Rey in September.

She will then concentrate on her new role as a physiotherapist.

"Of course I'd love to work with athletes because they're a very motivated group of people," Serwa told The Canadian Press.

"At the same time, I'm not closing the door on any opportunities."