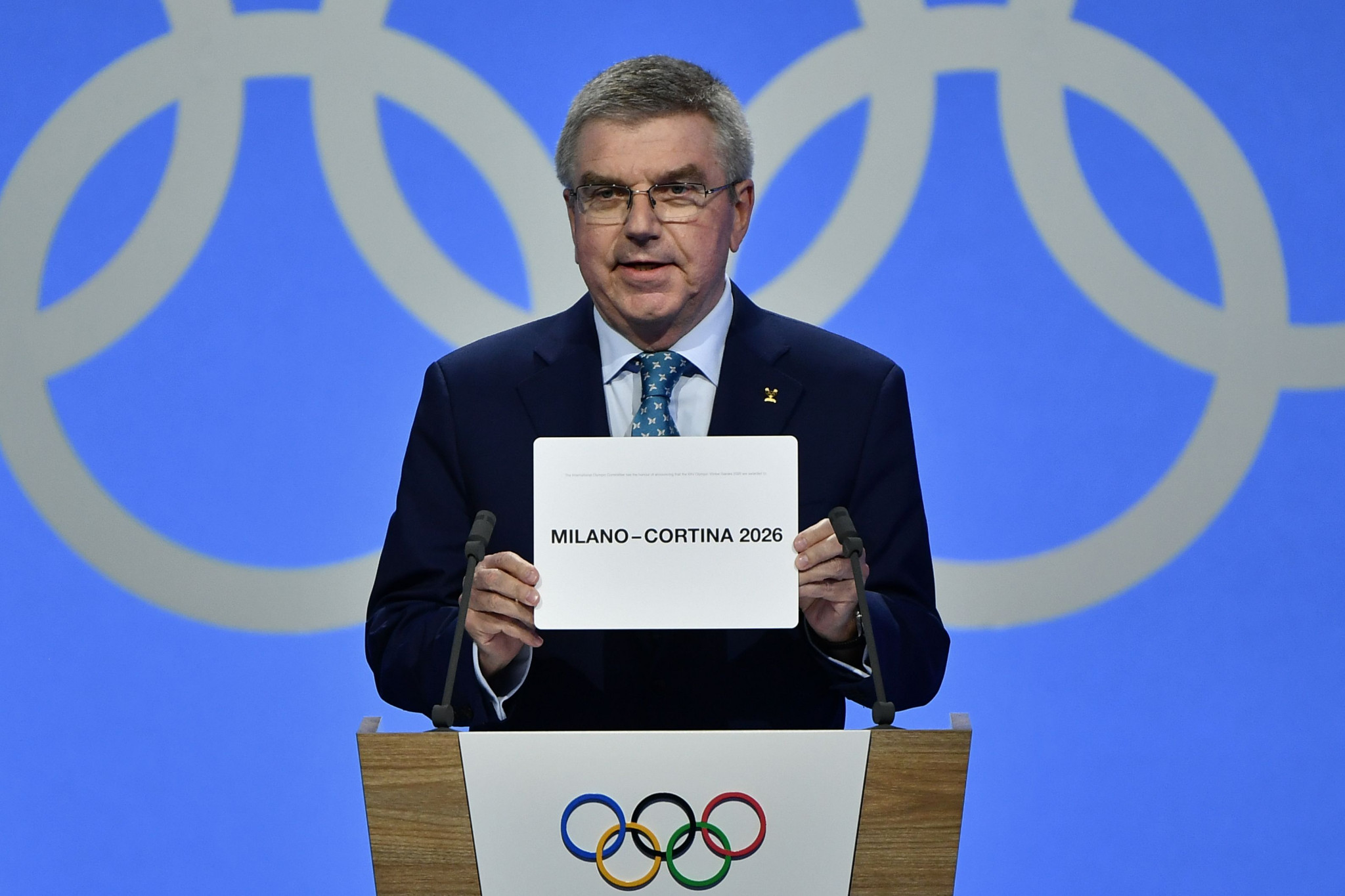 Milan and Cortina d’Ampezzo has been awarded the 2026 Winter Olympic and Paralympic Games after the Italian bid defeated Swedish rival Stockholm Åre by 13 votes at the International Olympic Committee (IOC) Session here today.

There was one abstention among the 82 voting members.

The Host City Contract was then signed by the IOC and Milan Cortina 2026.

The event in 2026 will be the second Winter Olympics Games to be held in Italy in the last 20 years after Turin 2006 and the third in total after Cortina played host in 1956.

The Winter Olympic Games in the two Italian cities are due to take place from February 6 to 22, with the Winter Paralympics following from March 6 to 15.

The announcement was met with euphoric and emotional scenes among the Italian delegation, who celebrated wildly as cries of "Italia" rang around the Session room.

Milan Cortina had emerged as the frontrunner in the build-up to the vote after the report from the IOC Evaluation Commission put its bid ahead of the Swedish candidacy.

Its stronger Government guarantees also saw it move in front of the bid from Stockholm Åre, the seventh consecutive Winter Olympic and Paralympic candidature from Sweden to lose out on the hosting rights for the Games.

Bach admitted Stockholm's reluctance to sign the Host City Contract may have counted against the Swedish bid with the electorate.

The IOC President also said the higher levels of public support for the Milan Cortina bid compared with Stockholm Åre, revealed in the Evaluation Commission report, were among the reasons the members chose the Italian candidacy.

He highlighted how Milan Cortina 2026 had proposed the use of more existing venues than their Swedish rivals.

"The gap in public support, the 83 to 55 per cent, this was for many members a clear signal," Bach said.

"Public support often goes hand-in-hand with political support and this was maybe the reason why the city of Stockholm was not ready to sign the Host City Contract.

"We can speculate there a long time but it was a great race, a close race and we had two great candidates."

IOC member Gunilla Lindberg, part of the Stockholm Åre team, had challenged the members by telling them the vote was the "chance to prove that the New Norm was not just talk" by voting for the Swedish bid.

In response, Bach claimed the victory of Milan Cortina 2026 was proof the IOC was "walking the walk".

"Today’s election was a clear indication that this new approach to elect a host city, the more targeted and direct one, can address some of the issues," Bach added.

"I would like to congratulate Milan Cortina for this victory, which for the IOC is a great day.

"The candidature of Milan and Cortina stood out with 93 per cent existing venues.

"The IOC will contribute $925 million (£726 million/€812 million) to help facilitate preparations and will be an important part of a great partnership.

"With this enthusiasm and support of the Italians, the foundations are laid for fantastic preparations.

Italian Prime Minister Giuseppe Conte, who was at the Session to promote the Milan Cortina 2026 bid but left before the result, tweeted how he was "proud of this great achievement".

"Italy has won: an entire country that has worked together and compact with the ambition to realise and offer the world a memorable sporting event," he said.

The vote ended a tepid campaign bereft of the usual hype and interest as the IOC attempts to reform its troubled bidding process.

Milan Cortina and Stockholm Åre were the only survivors from a race littered with withdrawals.

Bids from Calgary, Sion in Switzerland and Innsbruck in Austria were all scuppered by referendum defeats, Erzurum in Turkey was culled by the IOC Executive Board in October and Sapporo withdrew to focus on 2030 following an earthquake in Hokkaido.

Milan Cortina 2026 will still have questions to answer ,despite their victory as the IOC Evaluation Commission raised several issues with their plans, including a proposal to revamp the Eugenio Monti Sliding Centre in Cortina, closed since 2008, instead of using an existing venue elsewhere in Europe.

Having separate men’s and women’s Alpine skiing venues, in Bormio and Cortina, was among the other issues raised by the Commission, while fresh concerns over the fragility of the Italian economy were raised this week.

Bid officials have promised to address the concerns and insisted Italy's delicate financial situation would not hamper their preparations.