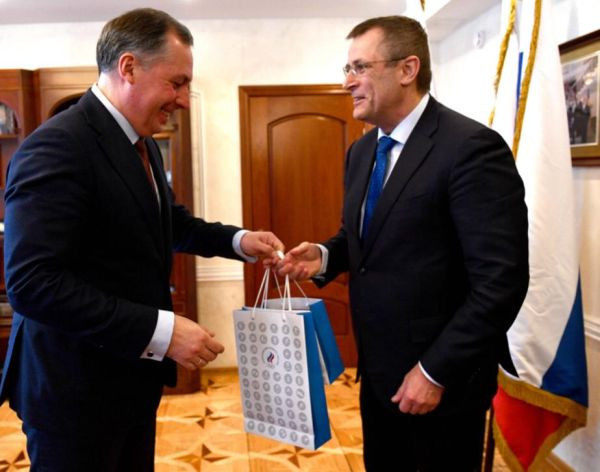 The meeting was part of a cooperation agreement between the COC and the ROC, according to the latter organisation's President Stanislav Pozdnyakov.

Following the visit, RIOU rector Lev Belousov announced the University would sign a deal with the COC later this year.

"Today's negotiations are a continuation of the work started within the framework of a Memorandum of Cooperation signed earlier between the Olympic Committees of Russia and the Czech Republic," Pozdnyakov said.

"We have now discussed practical steps to implement items contained in this document.

"We are interested in the implementation of educational programs with the RIOU as well as projects being developed by the Czech side.

"We intend to conduct regular exchange of teaching staff and students.

"And, of course, there is an interest in expanding cooperation as to participation of athletes in joint competitions, as well as the organisation of training meetings for athletes and experts both in the Russian Federation and in the Czech Republic."