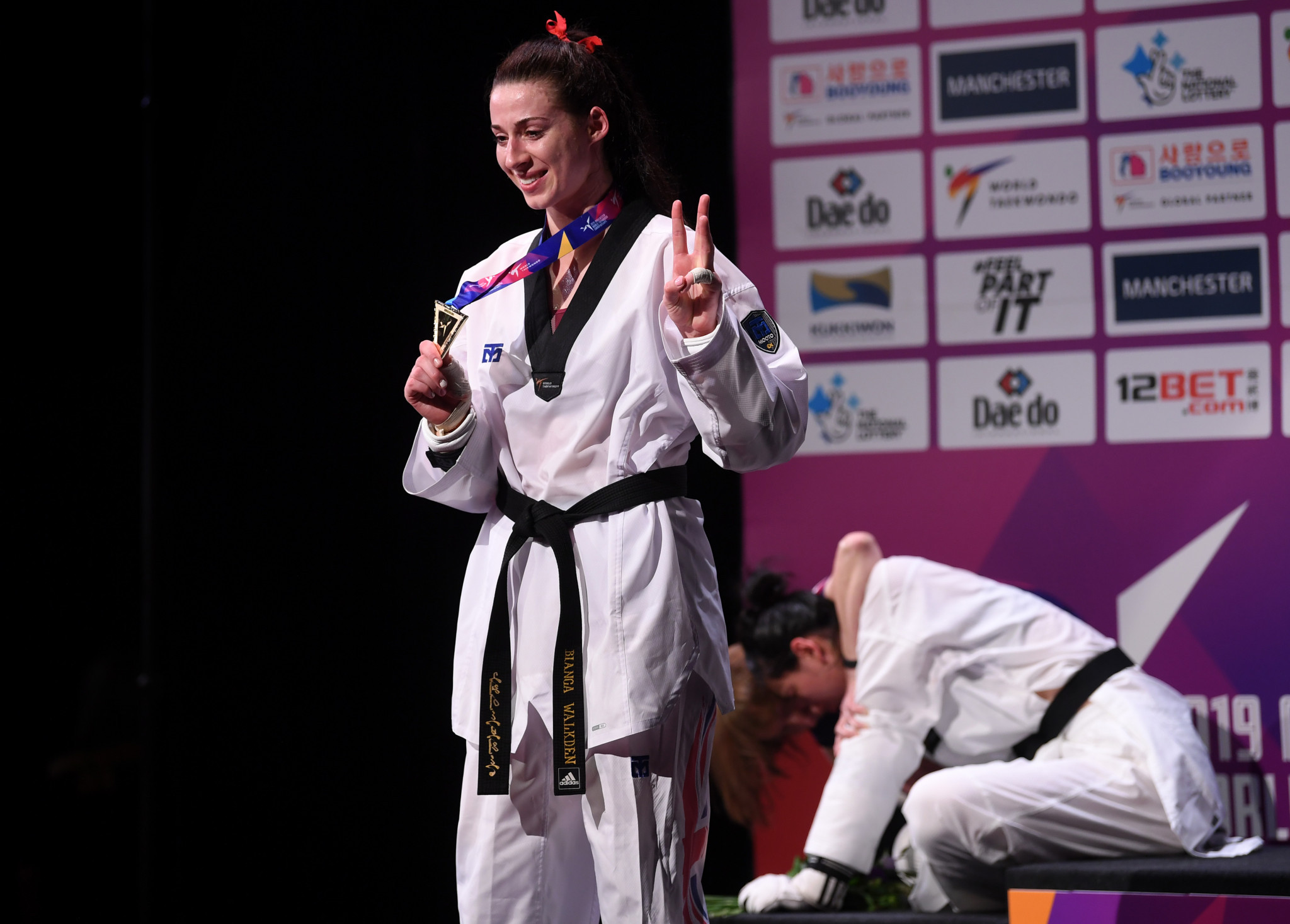 Walkden took gold in the women's over-73 kilogram final against Chinese Olympic champion Zheng Shuyin on the second day of action.

The bout and medal ceremony was mired in controversy after Walkden used legitimate tactics to force Zheng to commit 10 gam-jeon, thus disqualifying her and handing the Briton her third consecutive world title.

Zheng was distraught following the fight, having held a 10-point lead before disqualification.

She refused to shake Walkden's hand after the bout and collapsed in tears during the medal ceremony as the British anthem played.

The crowd were also seemingly on Zheng's side, booing Walkden as she received her gold medal.

There has been further fallout since that night, with comments made from parties on both sides.

Jianmin described as "dirty" the disqualification, as reported by Xinhua News Agency.

"I cannot believe this could happen during the World Championships," he said.

"This is the first time I have seen such kind of thing."

"Our athlete has worked very hard for this gold medal and it was taken away so easily by the referee.

"This is very dirty.

"We will definitely appeal the decision.

"This scandal is a serious damage to our sport."

Such an appeal would be made to World Taekwondo or the International Olympic Committee.

In response, GB Taekwondo performance director said the Chinese delegation had "no right to be offended".

"They have no right to be offended – in fact, Britain should be more offended for the disrespectful manner in which the Chinese athlete took her medal," Hall said, as reported by The Telegraph.

"The rules state that you have to fight until the very end and Bianca did so using right and proper rules.”

Walkden has also defended her actions.

"I went out there needing to find a different way to win and a win is a win, if you disqualify someone – it's not my fault," she said.

"People can have their opinions but I'm standing here as world champion.

"I wouldn't change it for the world – I would go out and do exactly the same thing again."