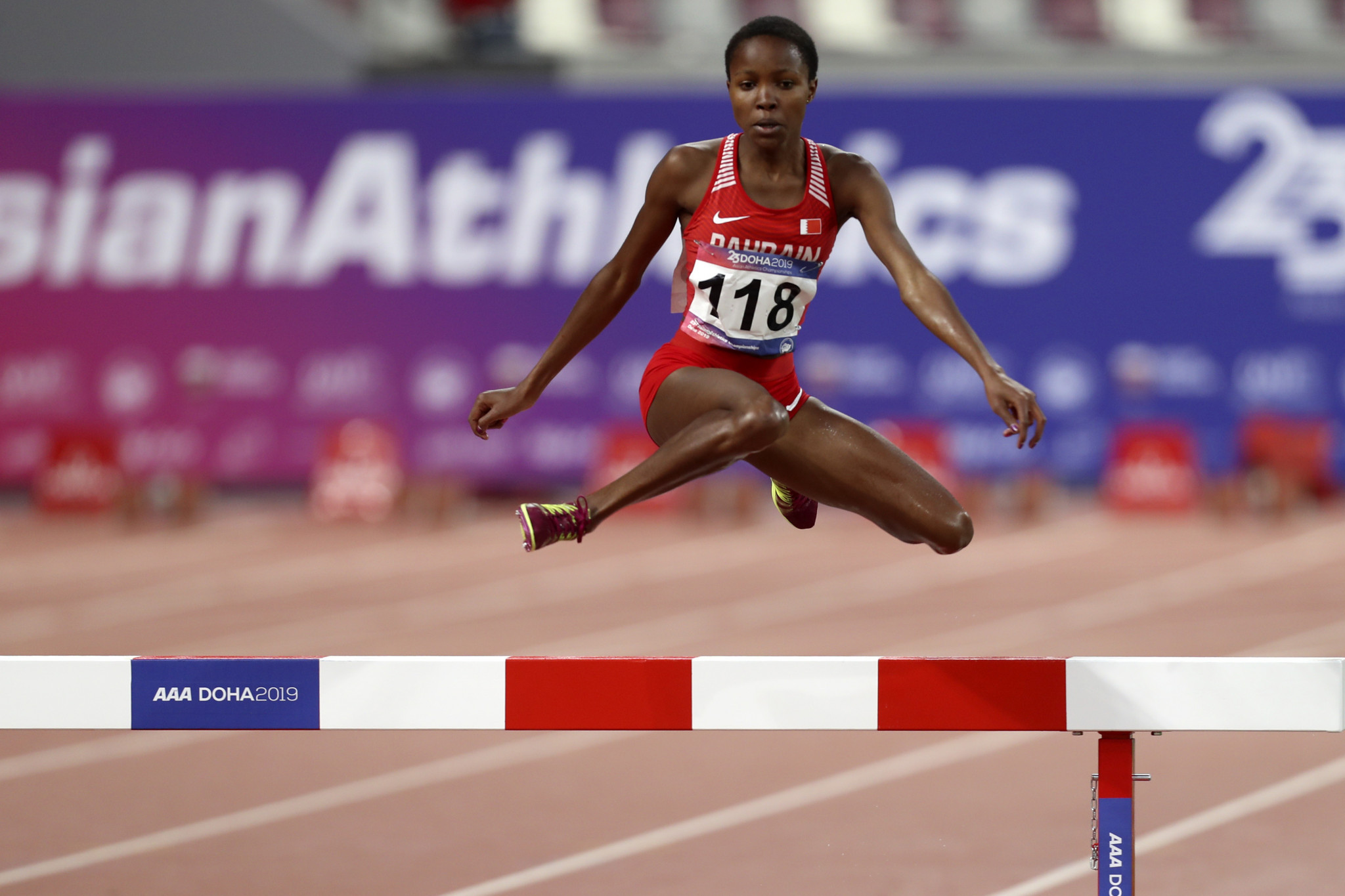 Bahrain and China continued their domination of the Asian Athletics Championships on day three in Doha.

Winfred Mutile Yavi did her part for Bahrain’s near-total dominance in the middle and long distances, adding the women’s 3,000 metres steeplechase crown to her 5,000m triumph on Sunday (April 21) to become the event’s first double winner.

"It wasn’t easy," said the 19-year-old, who took the Asian Games title and world under-20 bronze last year.

Xu passed Yavi’s team-mate Tigest Mekonen over the final half lap to take the silver medal in 9:51.76.

Mekonen held on for third, finishing a further 2.2 seconds back to claim the bronze medal.

Breaking from Japan’s Hitomi Niiya with more than a kilometre remaining, Eshete Habtegebrel rolled on to victory in 31:15.62, a Championship record and her second continental crown over the distance.

Niiya, who led the race from the 1,200m point until she was passed by Eshete Habtegebrel with 1,200m remaining, clocked 31:22.63 – also well under the previous Championship record, for the silver medal.

Further back, India’s Sanjivani Baburao Jadhav was third in a personal best of 32:44.96 to secure bronze.

Earlier, Bahrain took another gold medal by capturing the 4x400m mixed relay after a spirited battle with India in the event’s debut at the Championships.

Muhammed Anas Yahiya and Poovamma Raju Machettira gave India a clear lead through the midway point but 400m winner Salwa Naser pulled Bahrain back into contention with a 51.54 third leg to hand anchor Abbas Abubaker, the 800m silver medallist, a narrow lead at the bell.

After a bit of scuffling for position, the Bahraini built a cushion over Arokia Rajiv as they entered the back stretch and held his position through to the finish.

Securing victory with a first-attempt clearance at 4.46m, she passed to 4.61m and needed all three tries before sailing clear.

Li then had the bar raised to 4.71m, five centimetres better than the Championship record she had set in Wuhan four years ago, but did not come close.

Team-mate Xu Huiqin was a distant second with 4.36m.

Then, in an even more dominant display, China added another victory in the women’s 4x100m relay with Liang Xiaojing, Wei Yongli, Kong Lingwei and Ge Manqi teaming up to clock a 42.87 world lead and championships record, eclipsing the 43.10 another Chinese quartet ran in 2015.

Kazakhstan, anchored by 100m winner Olga Safronova, were second in 43.36.

A few minutes later, China were first across the line in the men’s 4x100m ahead of an inspired Thai quartet that had sped to a 38.72 championships record in the heats yesterday.

But they were later disqualified for a lane infraction when their lead runner Wu Zhiqiang stepped out of his lane on the opening bend, giving the victory to Thailand, who clocked 38.99.

Chinese Taipei were elevated to silver in 39.18, while Oman, who clocked a national record of 39.36, moved up to bronze.