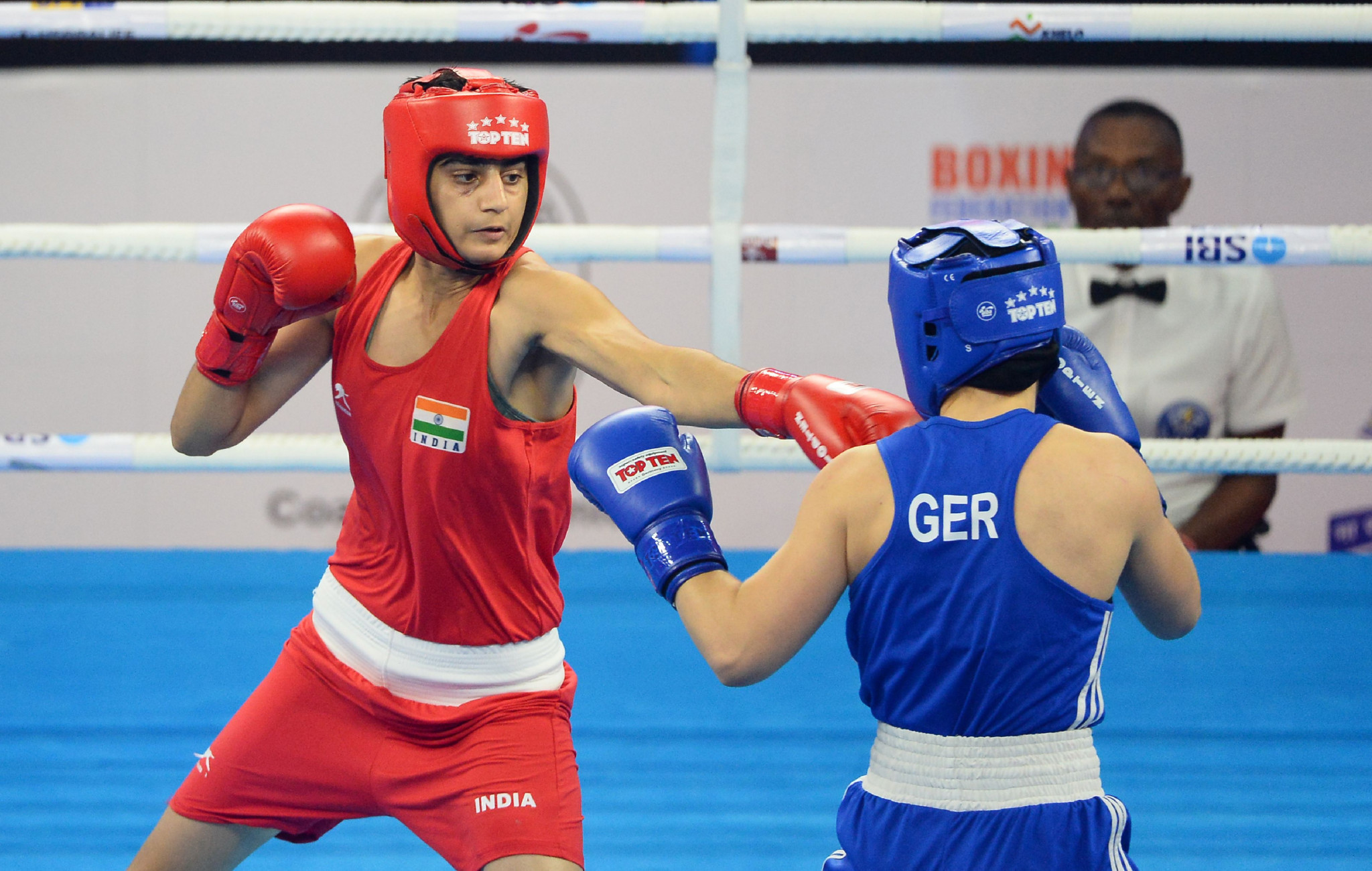 World Championships silver medallist Sonia Chahal of India progressed to the quarter-finals of the women's featherweight division on the opening day of the Asian Boxing Confederation Elite Boxing Championships in Bangkok.

Chahal earned a unanimous 5-0 victory over Vietnam's Do Nha Uyan in the first round.

Nilawan Techasuep was among the home fighters to secure victory today as she beat Samantha Quek Shing Wei of Singapore to join Chahal in the last eight.

India enjoyed a successful first day in the Thai capital as all of their boxers won their opening bouts.

Rohit Tokas also reached the next round as he beat Taiwan’s Chu-En Lai 5-0 in the men's light welterweight division.

Uzbekistan dominated the men's events at the 2017 Asian Boxing Championships on home soil in Tashkent, winning nine of the 10 gold medals on offer.

Asian Games gold medallist Bobo-Usmon Baturov was also in good form as he stopped Mongolia's Bayarkhuu Ganbataar in the second round of their welterweight clash.

The event in Bangkok continues with the next set of preliminary-round bouts tomorrow.