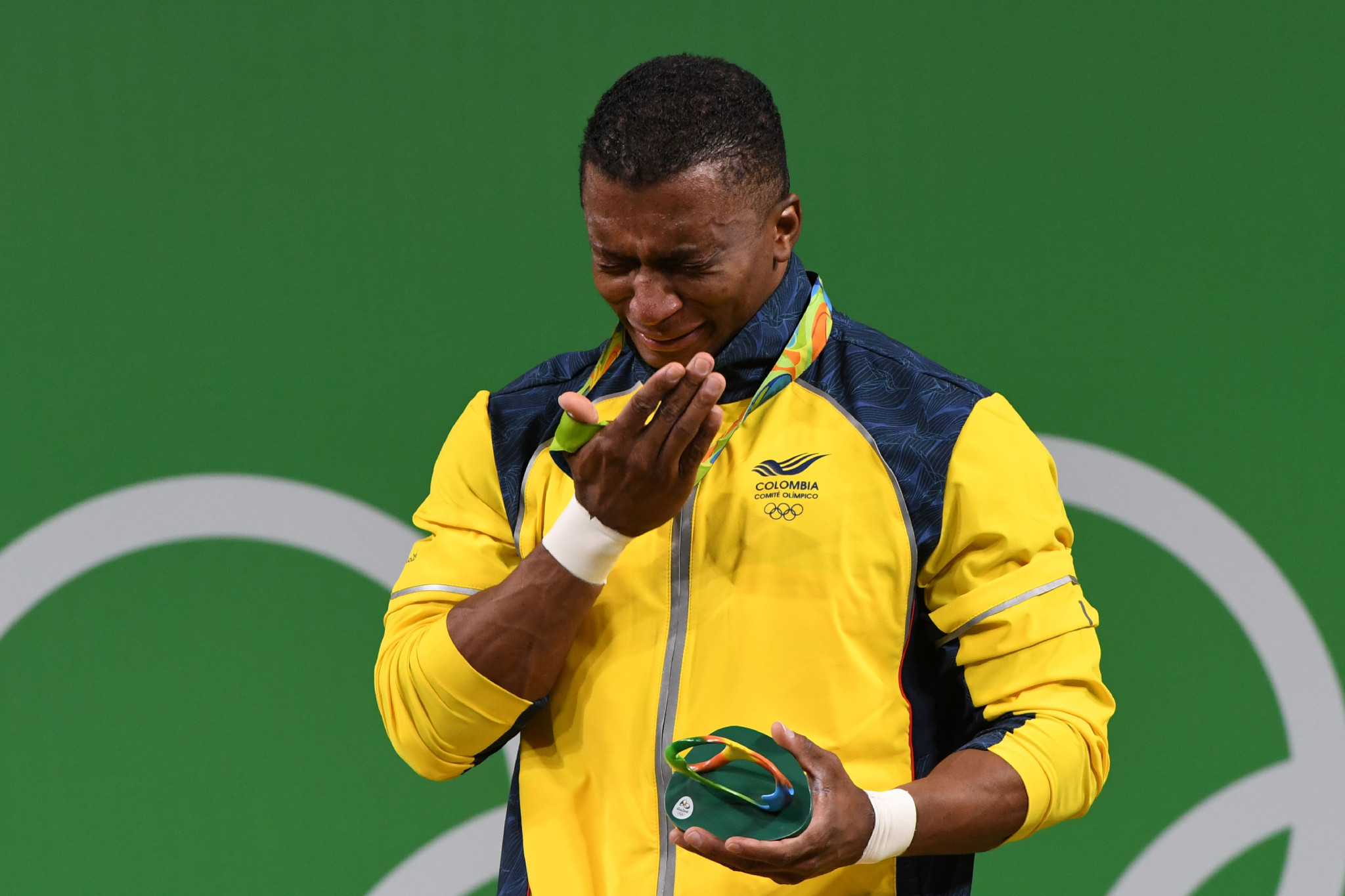 A hugely popular Olympic weightlifting champion has been excluded from the Pan American Championships which start in Guatemala next weekend because of his failure to update his whereabouts information.

Oscar Figueroa, the Colombian who is hoping to qualify for his fifth Olympic Games at Tokyo 2020, is also ineligible for the South American Championships in his home nation in May.

Images of Figueroa in tears after winning the 62kg in Rio were beamed around the world.

He thought his chance had gone when a hand injury ruined his chances at Beijing 2008 and he was second – to a huge cheer from the crowd - at London 2012.

Figueroa left his shoes on the stage in Rio as an indicator of his intended retirement, but he kept training and decided to try for a fifth Olympic appearance.

His team-mate Jhon Serna, a former youth world champion and the reigning South American champion at 62kg, is also banned by the International Weightlifting Federation (IWF) for the same reason.

Last week, 41 weightlifters were barred from the European Championships, which finish in Batumi, Georgia, today because they, like the Colombian pair, failed to update their whereabouts information on the database managed by the World Anti-Doping Agency (WADA).

More than 150 lifters are believed to have fallen foul of the whereabouts rules during the first of three six-month phases of Olympic qualifying.

Many have complained the data system launched by WADA in 2005, ADAMS (Anti-Doping Administration and Management System), is out of date, inefficient and not user-friendly.

Attila Adamfi, director general of the IWF, said in Batumi: “We know the system is not perfect but to say ‘I had a technical problem’ is not an excuse we can accept.

“It is possible some athletes will miss the Olympic Games because of not submitting their whereabouts information.”

They are required to log their whereabouts, wherever they are in the world, for any potential out-of-competition tests.

Despite reports in Colombia that he is out of the running for Tokyo, Figueroa, who will be 36 this month, insists that is not the case.

He is third in the Olympic ranking list at 67kg, which will change considerably by the end of this month after “gold” qualifying events in Europe, Asia, South America and Africa.

“There is no suspension,” Figueroa told Colombian radio station RCN.

“This is a wake-up call for human error.

“We lose our privacy – if we go on vacation, we must report the hotel and if we are going to leave, we have to say what time and place.

“I did not give the information of my whereabouts.

“I can achieve it in the Pan American Games in Lima (in July) or the World Championships (in September).”

“Colombia does not need a foreign coach, as we are one of the best three nations in the world,” he said.