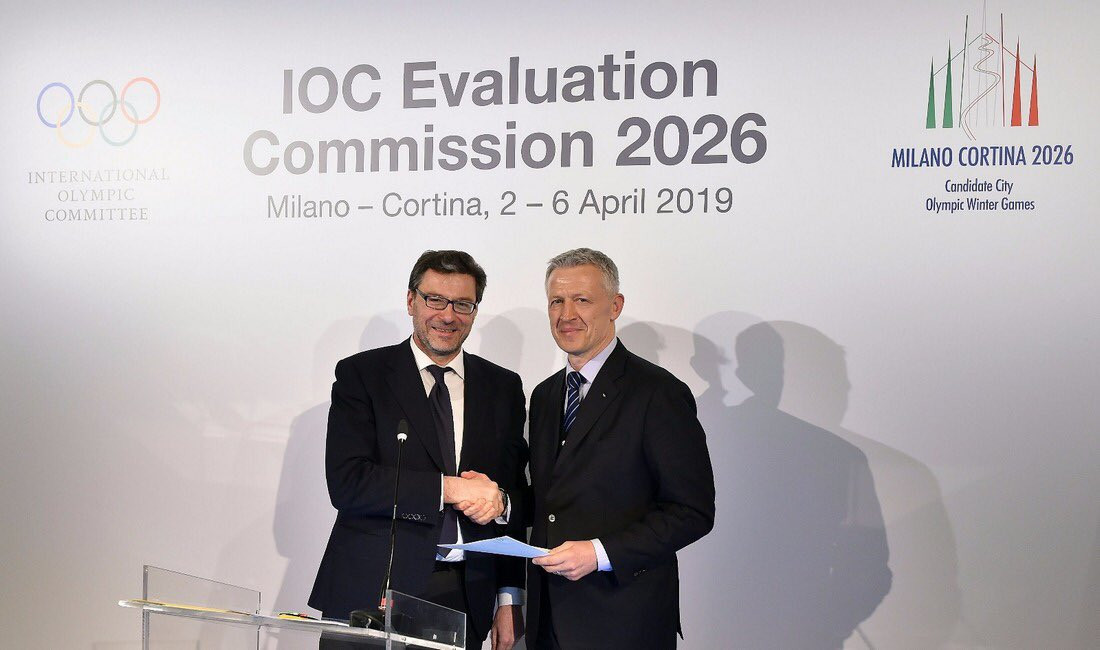 It marks a significant boost for the Milan Cortina 2026 bid and further edges the Italian candidacy ahead of only rivals Stockholm Åre 2026, which has not yet been backed by the Swedish Government.

"I am satisfied and excited about the result achieved," Giorgetti, Italy's Sports Secretary, said.

"Our sport deserves it and all those who have committed themselves to make possible the candidacy of Milano Cortina for the 2026 Winter Olympic Games.

"I want to thank everyone and in particular Premier Giuseppe Conte, who always has supported the project."

Giorgetti had announced when the IOC Evaluation Commission had gathered in Venice on Monday (April 1) that Conte would sign the guarantees, which include the security budget, estimated at €415 million (£355 million/$465 million), and for a number of infrastructure projects that will help social development,

Italy’s Deputy Premier Luigi Di Maio joined Giorgetti to break official news of the deal to the IOC Evaluation Commission, who were holding a joint strategic meeting with officials from Milan Cortina 2026 here.

"I confirm that as a Central Government we will support the Olympics for safety and security costs investments but it is important not to create cathedrals in the desert, but something functional for companies and investments," Di Maio said.

The backing from Di Maio is crucial because he is the leader of the Five Star Movement, an anti-establishment party founded by Beppe Grillo, and whose opposition had led to the collapse of Rome's bid to host the 2024 Summer Olympic and Paralympic Games.

Italian National Olympic Committee President Giovanni Malagò had revealed at the end of this morning's session that he had spoken to Conte on the telephone and that he expected official confirmation of the Government support this afternoon.

Having the guarantees signed will be a huge relief to the IOC, who feared that by the time of the final vote at its Session in Lausanne on June 24 they would be faced with the prospect of two bidders, neither of whom had the official backing of their Governments.

It leaves Milan Cortina 2026 in poll position, even though it would be the least compact Olympic Games in history with more than 400 kilometres between the two host cities.

"We travelled a lot, it’s true, but what we saw and what we learned was worth the trip," Morariu said.

"The bidding venues were among the best in the world."