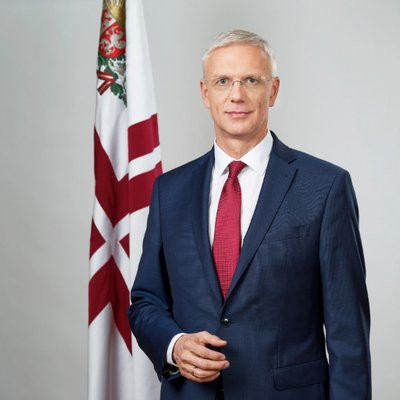 Latvia’s Prime Minister Arturs Krišjānis Kariņš has officially pledged his support to the Stockholm Åre 2026 bid in a letter to the Latvian Olympic Committee (LOK), it was confirmed today.

Sigulda, across the Baltic Sea, is due to host the sliding events if Sweden is awarded the Winter Olympic Games.

"It will be a unique opportunity to showcase our ability to organise sports competitions at the highest level and allow us to develop nationally-important sports infrastructure," Kariņš wrote to the LOK.

"Let us all work together to win the right to host the Olympic Games in 2026.

"One of the most anticipated events of the year will be the decision for the organisers of the 2026 Winter Olympics.

"We have already done a lot, but we can definitely do even more so that in the 2026 Winter Olympics, in cooperation with Sweden, competitions in luge, skeleton and bobsleigh disciplines would take place in Sigulda."

The backing from Kariņš comes as Stockholm Åre 2026 continues to wait to find out if it will receive the support of the Swedish Government.

They have so far failed to offer firm assurances they will back the bid, providing guarantees on issues such as security and entry visas into the country which are required by the International Olympic Committee (IOC).

The deadline to provide guarantees to the IOC is April 12, the date Stockholm Åre 2026 and its only rival, Milan Cortina 2026, have to deliver their Candidature files.

It was revealed earlier this week, on the eve of the IOC Evaluation Commission visit to Milan Cortina 2026, that Italy's Prime Minister Giuseppe Conte would sign the financial guarantees, including the €415 million (£355 million/$465 million) security budget.

The decision to include Latvia as part of the Stockholm Åre 2026 bid was based around the IOC's commitment to Agenda 2020, Swedish officials claimed.

"We had the option of building a new sliding centre at high cost, or looking outside the box to deliver a more sustainable and economically-viable solution," said Richard Brisius, chief executive of the Stockholm Åre 2026 bid.

"Latvia has a fantastic record in sliding sports and we’re delighted to collaborate to build a wide-reaching and innovative approach to delivering the most sustainable Olympic Games in history."

The Latvian city of Sigulda – just 45 minutes from the nation’s capital of Riga – is well-known as a world-class sliding sports venue, having hosted the European and World Luge Championships four times in the past decade, and the opening race of the 2018-2019 Bobsleigh World Cup in December.

Necessary renovations are already under way to the sliding centre in Sigulda, regardless of the success of the Olympic Games bid,

LOK President Aldons Vrublevskis has admitted giving a country with a population of fewer than two million people is a unique chance to host the world’s biggest sporting event.

"It would give us great opportunities to win Olympic medals at home," Vrublevskis said.

"We’re very enthusiastic and were a little surprised when the request came from our Swedish colleagues to be part of their Winter Olympic Games application.

"After evaluating where we can help with in the various sliding sports, we are very positive.

"Sliding sports are very popular in Latvia and sliding events are the only winter sports in which we have won all kinds of Olympic medals.

"In the past four Winter Olympics, we’ve won medals in at least one of the sliding sports and this would give us great opportunities to win Olympic medals at home and make these sports even more popular in the country."