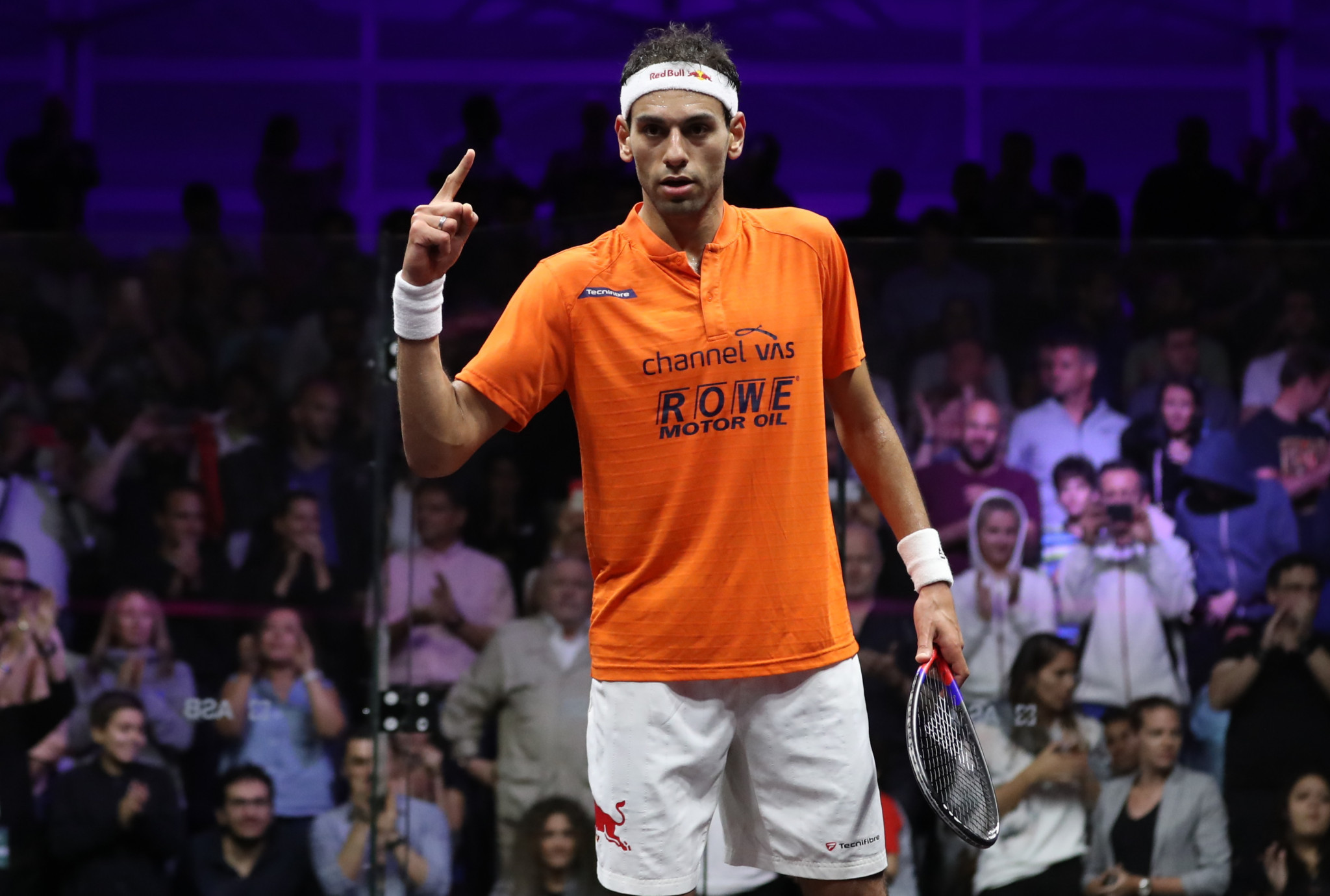 World number two Mohamed Elshorbagy breezed through to the semi-finals of the Professional Squash Association Grasshopper Cup in Zurich with a straight games victory over Colombia's Miguel Rodriguez, but world number one Ali Farag was dumped out.

Twenty-eight-year-old Elshorbagy, whose brother Marwan was cleared of wrongdoing today after an anti-doping investigation, saw off his opponent 11-4, 11-9, 11-5 at the World Tour Gold event at Halle 662.

In a repeat of last year’s British Open final, the contest, which was the first match of the evening, lasted 36 minutes, though this time the result went the other way.

"He won the British Open for a reason, he played really well that week," Elshorbagy said.

"We always have good matches together, he's such a nice guy and we get on well together off court.

"To go on court and finish in three in big matches like this, it doesn't happen very often, so you take it any day.

"I'm really happy to be in the semi-finals, like last year.

"I always feel welcome here when I come back, and I look forward to being back tomorrow."

.@karimabdelgawad put on a show in Zurich to down @simonroesner in straight games 👌

His reward? A mouthwatering semi-final matchup with @MoElshorbagy 👀

For his efforts Elshorbagy will now face his compatriot and fifth seed Karim Abdel Gawad, who beat Germany’s Simon Rosner in the day's second quarter-final.