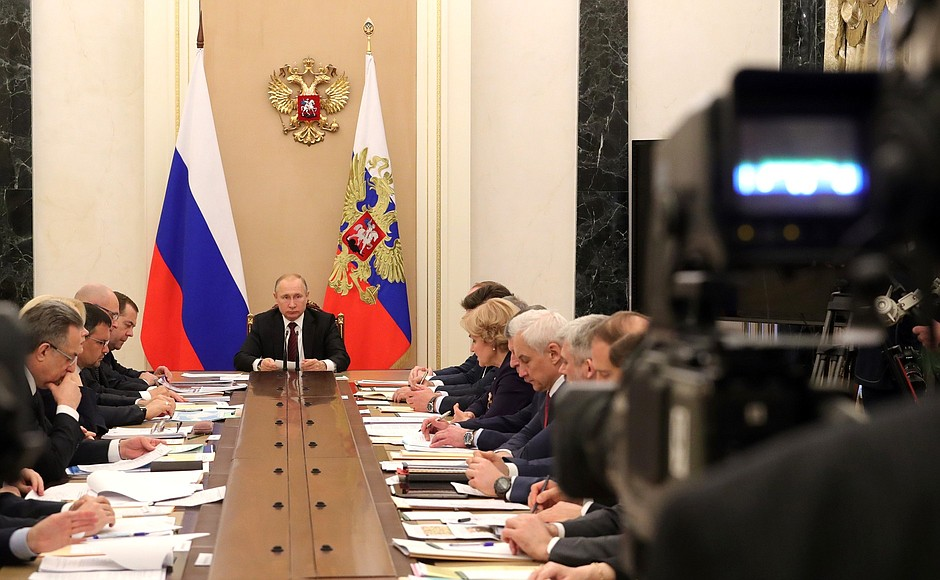 Russian President Vladimir Putin has praised the success of the country’s team at a meeting to discuss the recent Winter Universiade in Krasnoyarsk.

Deputy Prime Minister Olga Golodets presented a report at the meeting, with the official having led the Organising Committee.

She hailed the performance of Russian athletes at the university sport event after Russia ended well clear at the top of the medals table.

Russia ended with 98 more medals than South Korea, who were second in the standings with six gold, four silver and four bronze.

Despite this disparity, Golodets claimed the Russian team had been strongly challenged by the other competing nations.

“It is the first time 58 nations took part in the Winter Universiade,” Golodets said.

“The overall headcount of the teams from Switzerland, Canada, the Czech Republic, Slovakia and the United States exceeded 115 people.

“All the teams had leaders and key figures already famous on the global sports arena.

“This makes our win look even better as we competed against decent opponents.”

Olympic moguls champion Laffont ultimately did not compete at the Universiade, with the French athlete citing tiredness from the World Cup season as the reason for her absence.

Putin reportedly offered his congratulations to the Russian team for their efforts at the Winter Universiade, which took place in Russia for the first time.

He also thanked organisers for their efforts in arranging the competitions and preparing facilities.

Golodets claimed the Winter Universiade would deliver a strong legacy to Krasnoyarsk.

“Today Krasnoyarsk possesses a virtually new infrastructure that will enable a major breakthrough in freestyle skiing and snowboard – the sports that are extremely popular among our youth,” Golodets said.

Organisers were keen to stress how future sporting competitions could be held there as part of the legacy and the World Curling Federation was the first to oblige.