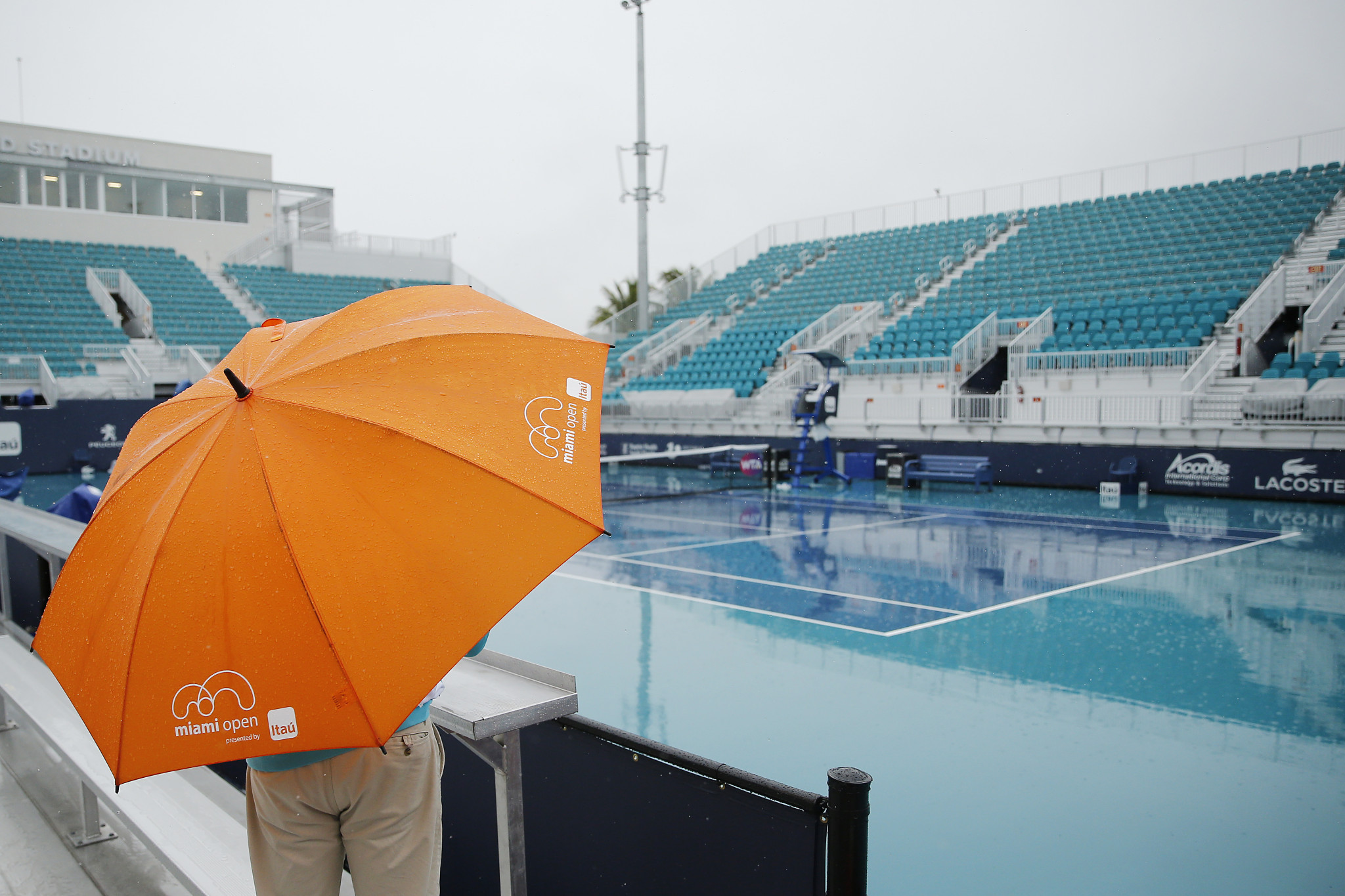 No play was possible on day two of the Miami Open due to heavy rain at the Hard Rock Stadium.

Women's first round matches were due to take place in the American city as well as the continuation of men's qualifying.

But the downpour throughout the day wiped out the entire schedule.

The Hard Rock Stadium is a new venue for the tournament, which has outgrown its previous home of Crandon Park.

World number ones Novak Djokovic of Serbia and Naomi Osaka of Japan are the top men's and women's seeds for the hard court competition.

The tournament is a Masters 1000 event on the Association of Tennis Professionals Tour and a Premier Mandatory meeting on the Women's Tennis Association circuit.