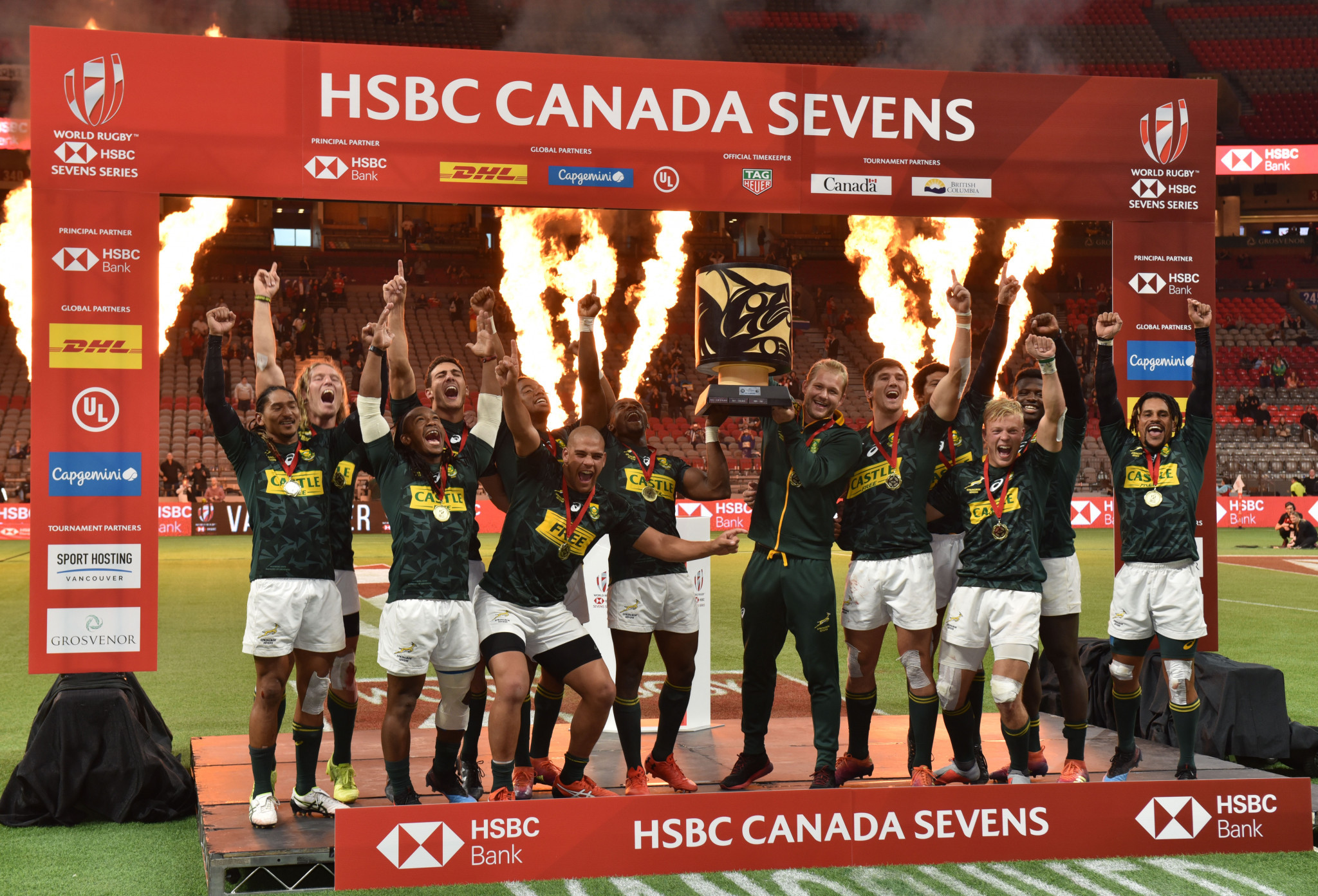 South Africa beat a resurgent France 21-12 to win the World Rugby Canada Sevens event in Vancouver, the sixth stop of the men's season.

The two sides had never previously met in a Sevens Series final and France had not featured in a final at all since 2012, making it an impressive performance for them despite their loss.

Playing at the BC Place, France did initially take the lead through a try from Pierre Gilles Lakafia, but South Africa then scored three converted tries of their own before conceding again.

Selvyn Davids ran more than half the field to set up Impi Visser between the posts, before Werner Kok stole the ball and set up Davids for a try of his own three minutes into first half overtime.

The third try then came from Kok on the left side of the pitch.

Stephen Parez got a late consolation try for France, the 295th of the weekend, but it was too little, too late for his side.

Thanks to their win South Africa now sit fourth in the standings and will look to push on in the defence of their overall title.

Highlights: All the action from an incredible weekend at the #Canada7s#DHLRugby pic.twitter.com/6SyljbrDTU

"It was a much-needed win for our team and I think the boys played some fantastic rugby throughout the tournament," South Africa's captain Philip Snyman said.

"I'm really happy with the win and hopefully we can build on this one now."

Reigning Olympic and Vancouver champions Fiji took the bronze with a skillful 24-14 win over the United States in the third place play-off.

New Zealand, twice winners on the circuit this season, finished outside the top four for the first time but confirmed fifth place with a 26-19 win over England.

Australia lifted the Challenge Trophy thanks to a 35-21 win over hosts Canada.

It means after the weekend's action the US sit top of the standings on 113 points, nine ahead of New Zealand, while Fiji sit third on 101.

The Americans won the last leg on home soil in Las Vegas and were runners-up in the other four competitions.

The series will now head to Hong Kong, where the world's best teams will battle it out once again from April 5 to 7.