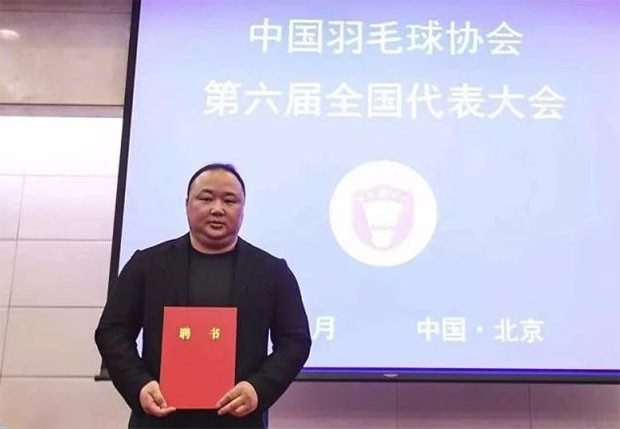 China's two-time Olympic gold medalist Zhang Jun has announced he plans to stand for the vacant post of Deputy President at the Badminton World Federation (BWF).

The post has been vacant since May 2018 after Peru's Gustavo Salazar Delgado stood down following his alleged involvement in a Peruvian money laundering case worth $1.2 million (£884,000/€1 million) surrounding Brazilian construction firm Odebrecht.

Under the statues of the BWF, the earliest a new candidate could be elected was the following Annual General Meeting of the BWF, which is due to take place in Nanning in China on May 23 during the Sudirman Cup.

Zhang won Olympic gold medals in the mixed doubles with his partner Cai Yun at Sydney 2000 and Athens 2004.

The 41-year-old was elected President of the CBA last month having worked as a coach with the national team following his retirement as a player.

"China has always been willing to involve in the planning and working of the BWF and is dedicated to helping with the development of the sport around the world," Zhang told China's official state news agency Xinhua.

"This is why I decided to join the campaign."

Zhang will face tough opposition, however, from Patama and Subowo.

The 54-year-old Patama already sits on the Executive Board of the BWF and is a member of the International Olympic Committee.

Subowo has been President of Badminton Asia since 2015 and is the son of Rita Subowo, former chairman of the the Indonesian Olympic Committee.

"As we move forward, we as a Confederation need to strengthen our membership in order to increase our presence in the world of badminton," Subowo said.

"The voice of Asia must be well represented in the Badminton World Federation and it is our duty to be united and show that Badminton Asia is a major mover in badminton."