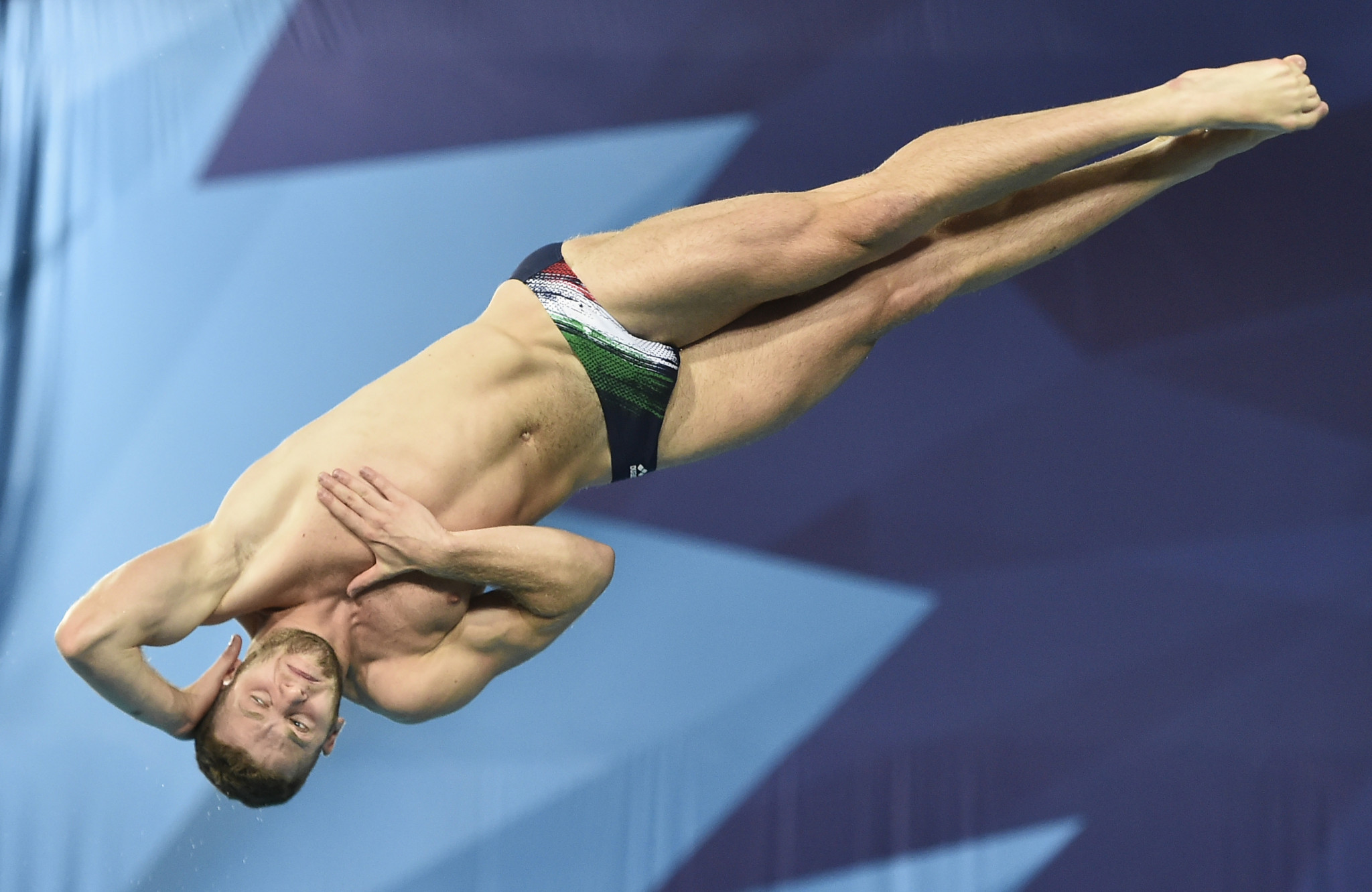 The 22-year-old, who finished third in the 3m synchronised event at the 2017 Summer Universiade in Taipei, scored 405.10 points at the Neptun-Schwimmhalle.

Wenao Zhan of China did enough for second place as he amassed a total of 403.80 points across his six dives.

Third place in the preliminary round was claimed by home favourite Martin Wolfram of Germany, who scored 391.75.

A total of 12 divers booked their place in the semi-finals, due to be held tomorrow.

In the women's 10m platform, Russian Anna Chuinyshena led the way with a dominant performance.

Chuinyshena was awarded a combined total of 294.95 points in her five dives as she finished comfortably ahead of Britain's Robyn Birch, second on 280.00.

Celina Toth of Canada rounded out the top three as her total of 278 points was just two adrift of Birch's score.

Finals in both events are due to be held when the competition in the German city continues tomorrow.

Gold medals will also be won in the men's 3m and women's 10m synchronised competitions.