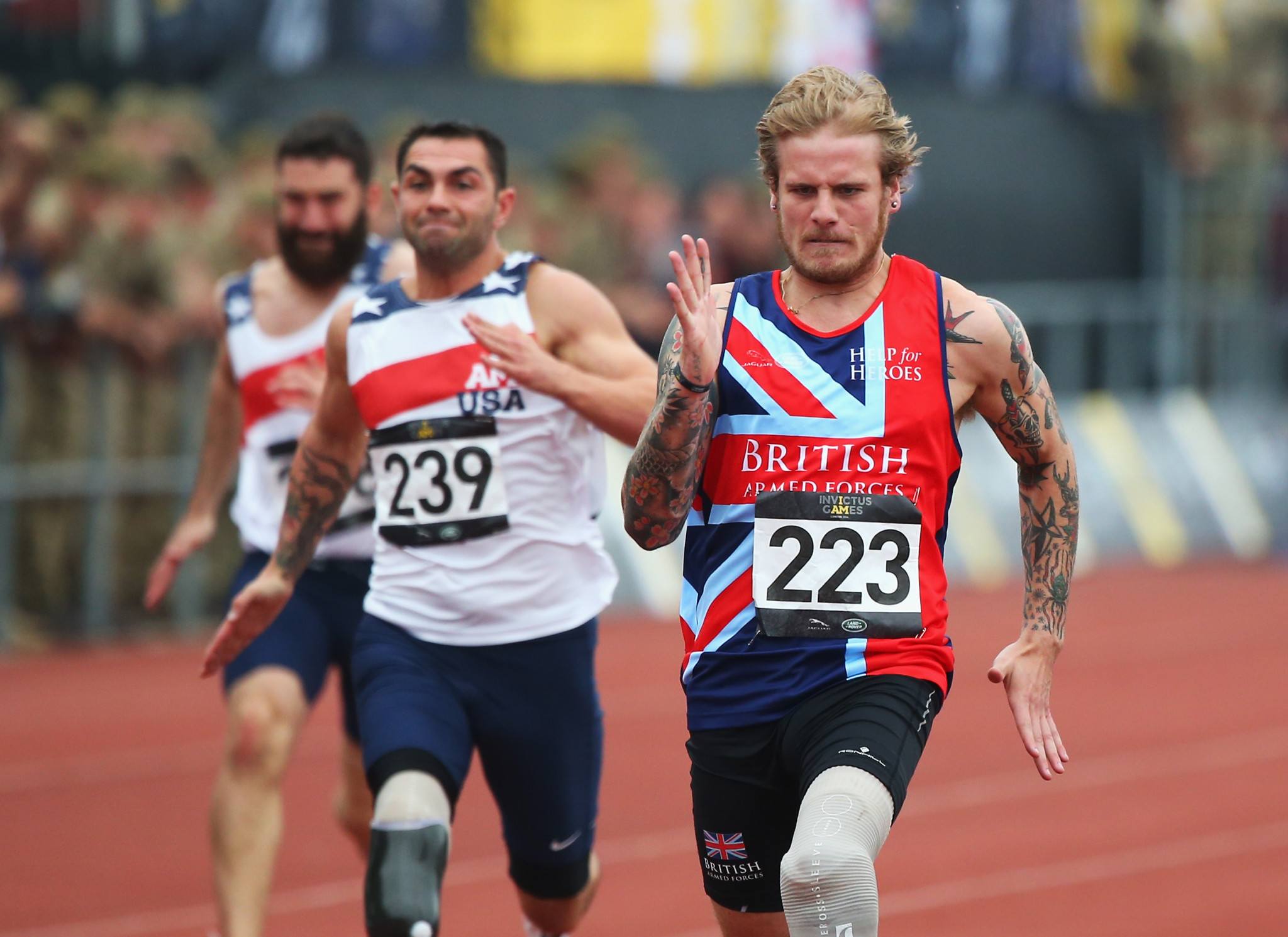 Britain's two-time Invictus Games champion Alex Tate hopes to compete at the next Summer and Winter Paralympic Games’ after learning to snowboard.

The former soldier, who lost his left leg after being struck by an improvised explosive device in Afghanistan, won a gold medal in the IT1 100 metres at the 2014 Invictus Games in London and in the IJ1 long jump at the 2018 event in Sydney.

He is hoping to compete at the summer Paralympic Games in Tokyo as part of Great Britain’s athletics team, but now, having taken up snowboarding he is also aiming for the 2022 Winter Games in China.

"I’ve been out in France for the last few weeks with the AFPST (Armed Forces Para-Snowsport Team), who I got involved with after the Invictus Games," he told the BuryFreePress.

At the AFPST Championships in Tignes in France last Friday (February 1) Tate won a gold medal, despite, he claims, having only taken up the sport "seven or eight hours" previously.

"I used to do skateboarding quite a lot as a kid, so I’m picking it up fairly quickly, but your body is in a different posture," Tate said.

"I’m an amputee so I only train for two or three hours at a time.

"I’ve really got a feel for it over the last two weeks and buzzing with how it’s all going.

Tate made history at the Invictus Games in 2014, winning Team UK’s first ever gold in the event when he finished first in the IT1 100m in 12.17sec.