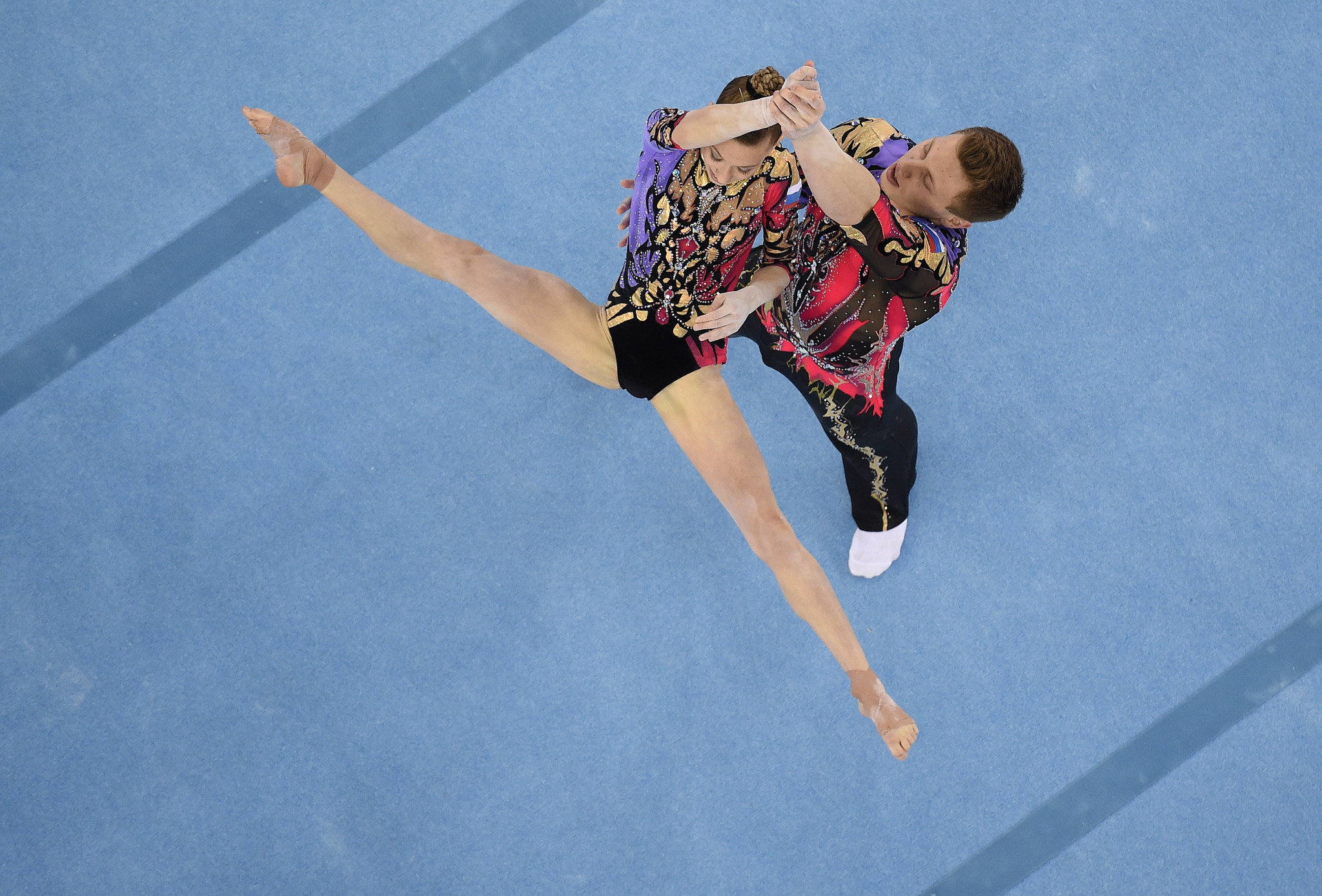 Russian acrobatic gymnastics duo Marina Chernova and Georgii Pataraia have been named the World Games Athletes of the Year for 2018.

Chernova and Pararaia were awarded the accolade after winning the 2018 Acrobatic Gymnastics World Championships in Antwerp last April.

Their previous titles include triumphing at the World Games and European Championships in 2017, the 2016 World Championships and the 2015 European Games.

The Russian duo accumulated 159,348 votes to receive the award, just ahead of powerlifter Jennifer Thompson of the United States, who earned 152,865 votes.

Thompson had won the 63 kilograms category at the 2018 World Classic Powerlifting Championships, and was named the World Games Athlete of June for this.

Ukrainian kickboxer Orfan Sananzade, winner of the gold medal in the 63.5kg category at the European Championships, finished third with 63,320 votes.

A record number of votes were cast, with 492,104 received in total.

A thank you message💗 addressed to everyone who voted for #Acrobatic gymnasts Marina Chernova and Georgii Pataraia 🇷🇺 crowned @TheWorldGames Athletes of the Year 2018 last Friday. 🤸‍🤸‍ #Gymnastics pic.twitter.com/tJjm7ALIES

"Almost double the number of votes were cast compared to last year, and the two best candidates got over 60,000 votes more than last year’s winner."

"I congratulate the gymnastics couple Chernova and Pataraia and the runner-up Jennifer Thompson for their amazing campaigns, and all the others taking part."

The World Games Athletes of the Year award celebrates those who participate in non-Olympic sports.

The IWGA nominated 25 athletes for the accolade in December, with the public voting on the winner.

"The acrobatic gymnastic mixed pair of Marina Chernova and Georgii Pataraia are two exceptional athletes and as Technical Committee President, I am very proud that their outstanding achievements have been recognised on the world stage," President of the International Gymnastic Federation Technical Committee, Rosy Taeymans said.

"It is an unbelievable achievement to be crowned World Games Athletes of the Year."