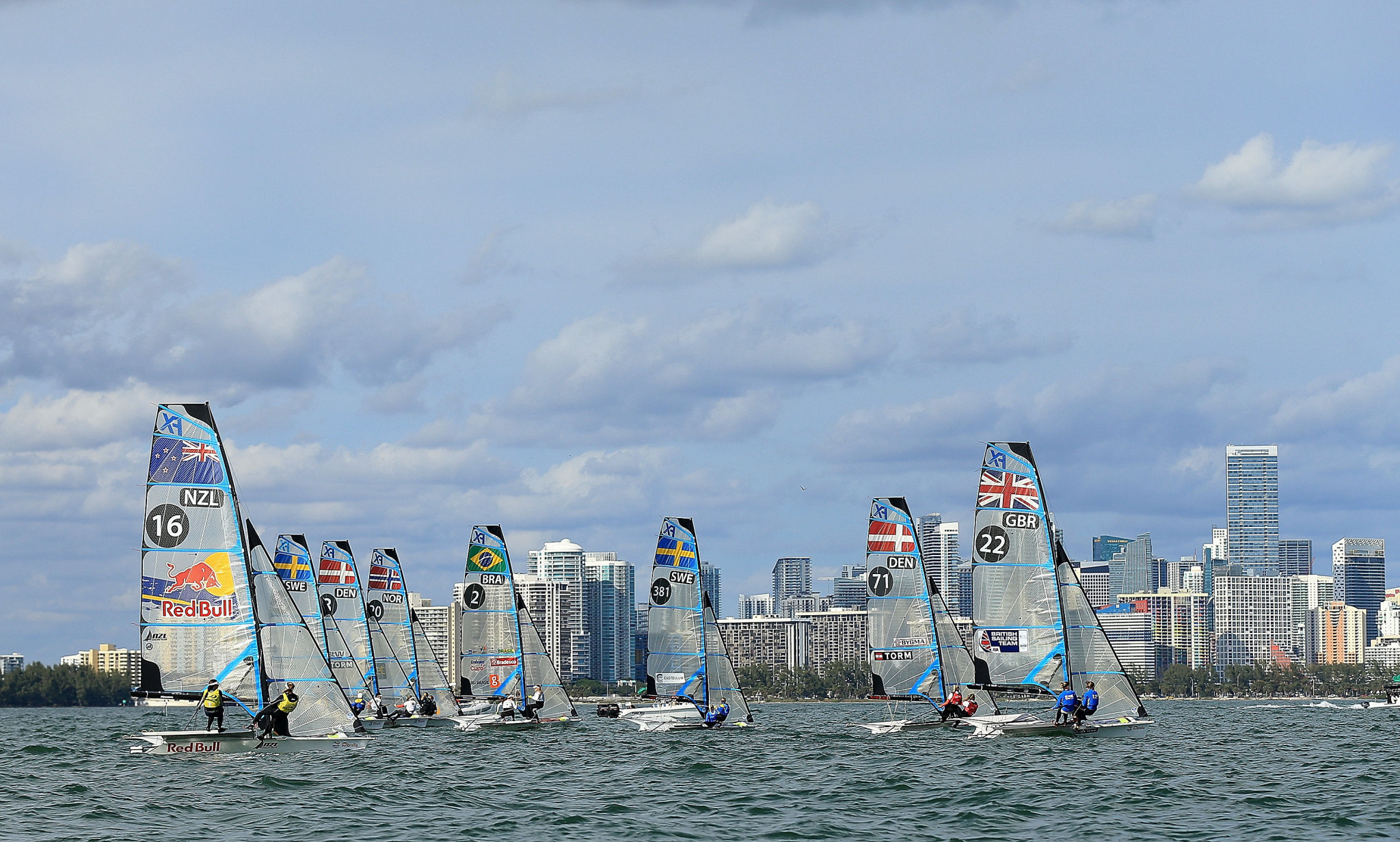 Thirty-four Olympic medallists will be among the field this week when the next leg of the Sailing World Cup series gets underway in Miami.

In all more than 650 sailors from 60 nations will take part in the event in Biscayne Bay in the American city, across classes including the 470, 49er, finn, laser and RS:X windsurfing.

Last year in Miami the men's 470 fleet was dominated by Great Britain's Luke Patience and Chris Grube and they will be back to defend their title.

US hopes in that class will rest on Stu McNay and Dave Hughes, who won gold together in 2016 and 2017.

Four other US crews will also feature, all aiming for a spot in the Olympic team for Tokyo 2020.

In the women's 470 fleet 31 crews in total will fight for victory in Miami.

Slovenia's Tina Mirak and Veronika Macarol controlled the races last year and like Patience and Grube in the men's are back again looking for their second gold in a row.

They will face stiff competition from crews including Japan's Ai Kondo Yoshida and Miho Yoshioka.

Britain's Rio 2016 gold medallist Hannah Mills will also be on the start line, this time competing with Elidh McIntyre.

Others to feature across the regatta will be the US' Rio 2016 Olympic bronze medallist Caleb Paine in the finn fleet, Belgium's world champion Emma Plasschaert and the reigning Olympic champion Marit Bouwmeester from Denmark in the laser radial event and another Olympic champion, Tom Burton from Australia, in the laser fleet.

The laser event features the largest number of entrants of all the classes at 105.

The Miami World Cup is the second of four this season, with events in Genoa in Italy and Marseille in France still to come.

The medal races will go ahead this weekend (February 2 and 3).