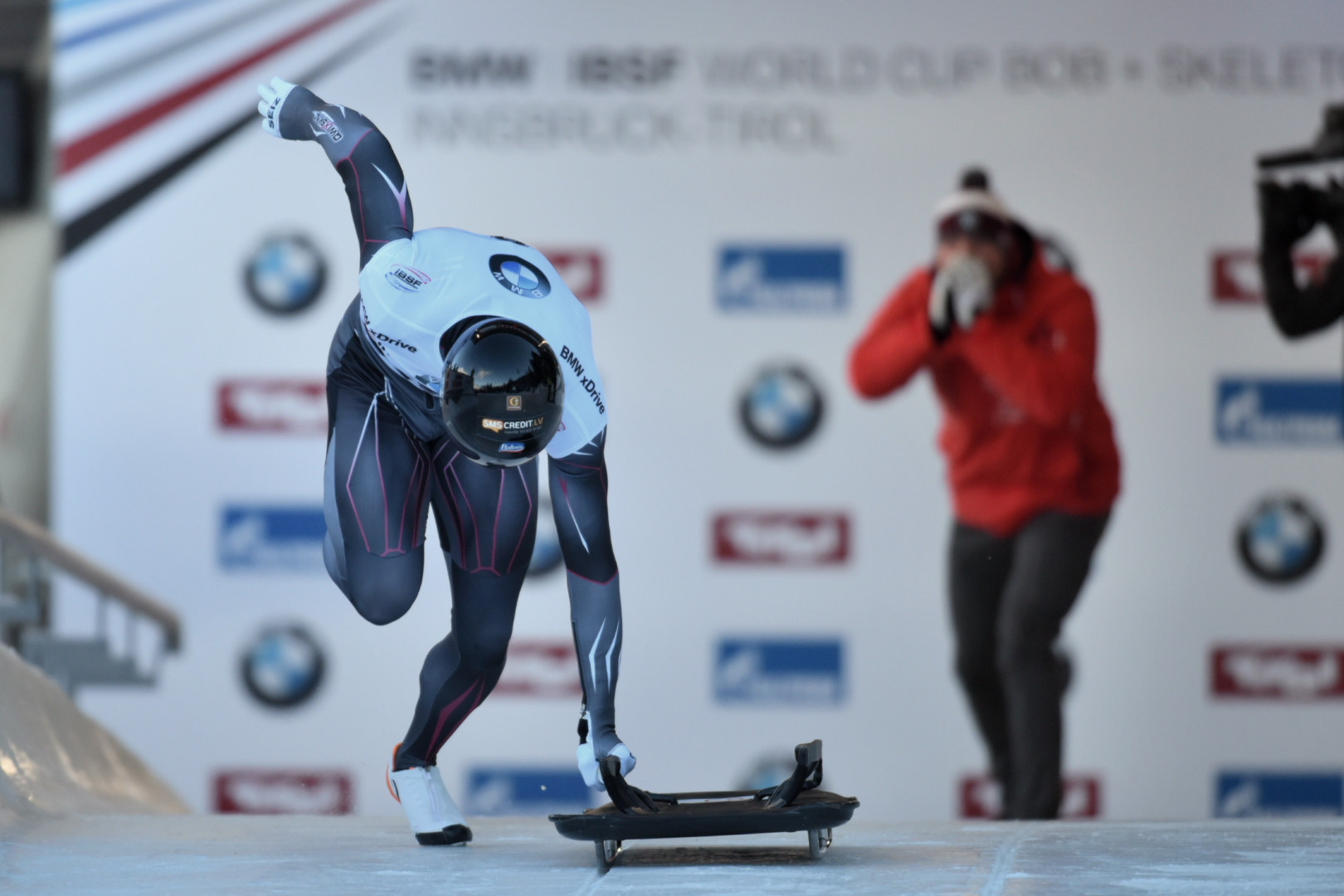 Dukurs, who is also world champion, recorded a total time of 1min 46.17secs to secure the victory in the rescheduled European Championship event.

With Yun not eligible for a European title, Russia's 2014 Olympic champion Alexander Tretiakov, who was in fourth with a time of 1:46.54, took the bronze in the continental competition.

This was enough to for Tretiakov to maintain his lead in the overall World Cup standings with 834 points.

Olympic champion Sungbin Yun of South Korea is currently sitting in second with 820 points, while Dukurs is now third on 771.

The Latvian has held the European men's skeleton title title since 2010.

The skeleton event of the European Championship was originally scheduled to take place on January 10 at the World Cup event in Königssee, but was postponed due to heavy snow.

In the women's event, Austria's Janine Flock sealed the third European title of her career, having previously been successful in 2014 and 2016.

In the overall standings, Nikitina has slightly increased her lead over Lölling, with the Russian on on 852 points and the German on 819.

Germany's Tina Hermann is in third with 794 points after finishing fourth in Innsbruck.

Both leaders of the standings, Nikitina and Tretiakov, were caught up in the Russian doping scandal, but were cleared of charges following an appeal to the Court of Arbitration for Sport.