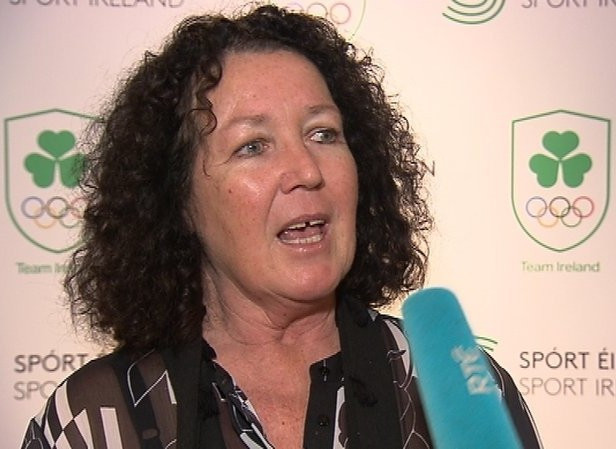 Former Australian Olympic hockey player Patricia Heberle has been named as the as Ireland's Chef de Mission for the European Games 2019 in Minsk and the 2020 Olympic Games in Tokyo.

For Heberle, who has been working since 2017 for the Olympic Federation of Ireland (OFI) as its high performance lead, this will be a professional, stand-alone role.

Previously the role of Chef de Mission was recruited internally or on a voluntary basis.

The appointment was made public as the OFI revealed a new partnership agreement with Sport Ireland Institute for the period 2018 to 2022.

The OFI and Sport Ireland also announced that Fukuroi City in Japan will host the Team Ireland pre-Games training camp ahead of Tokyo 2020.

"This role means a huge amount to me," Heberle, who played in the 1984 Los Angeles Olympics and helped Australia to the gold medal s assistant coach at Sydney 2000, said.

"I have participated in the three Olympic games both as an athlete and a coach and the opportunity to be Chef de Mission for Team Ireland is both a huge honour and a privilege.

"I am coming into the role at a very exciting time for Irish Sport, having been involved for some time in the Irish high performance system.

"The people involved, the funding coming from Government and Sport Ireland is starting to deliver some really good results.

"The partnerships announced today are a huge step forward in ensuring that everyone is working together for the good of the athletes and their performances."

Peter Sherrard, the OFI chief executive, told the Irish Examiner that Heberle was: "A straight-talking Aussie with a big heart."

He added: "Today we put in place three vitally important building blocks for the road to Tokyo.

"She is a key appointment for the Olympic Federation of Ireland as we prepare for the European Games in Minsk next year and the Tokyo Olympic Games in 2020.

"We have done a lot to get to this point but the real work starts now, and on the best possible footing."

Ireland have won a total of 31 Olympic medals since making their debut at Paris 1924.

But of the nine gold they have won, only one - boxer Katie Taylor's at London 2012 - has come in the last five Olympics.

At Rio 2016, Ireland won two silver medals - thanks to brothers Gary and Paul O'Donovan in the men's lightweight double sculls and sailor Annalise Murphy in the women's laser radial.

The Games, unfortunately for Ireland, though were overshadowed by the arrest of the Olympic Council of Ireland President Patrick Hickey on allegations of ticketing touting.

The new partnership between the re-branded OFI and the  Sport Ireland Institute will deliver a comprehensive performance support programme for Team Ireland, covering athlete life-skills, sports science and medicine, as well as various Games readiness activities before, during and after Games time.

Previously Irish Olympians did not always have the same medical support care team looking after their needs before, during and after Games. Instead there was often a handover of care from one medical team to another at Games time.

Following feedback from athletes post the Rio Games the OFI and Sport Ireland institute came together to put this new athlete-centred support plan in place.

Sarah Keane, President of the OFI, added: "Today’s partnership agreement is a major step forward in placing the athlete first and comes at a crucial time as preparations for Tokyo gather pace. Our strategy is clear on the need to deliver for athlete."