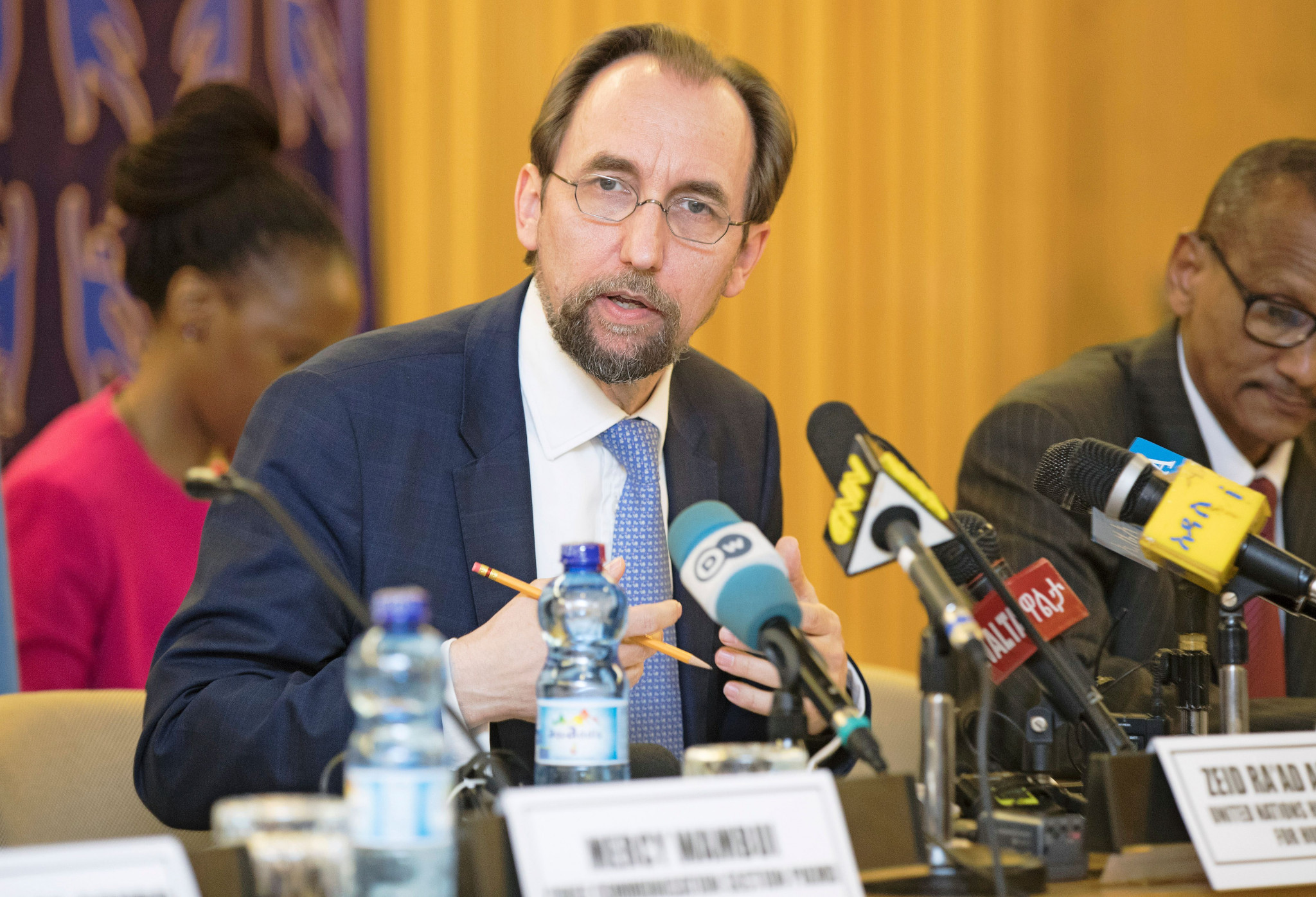 A Human Rights Advisory Committee has been established by the International Olympic Committee (IOC) in an effort to help the organisation identify risks and guide its strategy on the topic.

The creation of the Committee, to be chaired by former United Nations High Commissioner for Human Rights Prince Zeid Ra’ad Al Hussein, was approved by the IOC during a two-day meeting here.

It is due to comprise of six to nine members, all of whom will have "sport and human rights expertise", the IOC claim.

The full composition of the group is set t be revealed at the IOC Executive Board meeting in March.

The IOC has been criticised for awarding the Olympic Games to countries such as China, which staged the 2008 Summer Games and is due to host the 2022 winter edition of the event.

Human Rights Watch claimed the internment of hundreds of thousands of Muslims in centres in Western China involved "arbitrary detention, torture and mistreatment".

The IOC did incorporate human rights elements into the Host City Contract earlier this year, which will first apply to the Paris 2024 Summer Olympic Games.

In September 2015, not specifically mentioning human rights in its Host City Contract for the 2024 Games was described as an "astonishing omission" on the IOC's part and one that did not live up to the expectations created by the Agenda 2020 reform process.

Ra'ad al-Hussein was appointed UN High Commissioner for Human Rights from September 2014 but decided not to seek another term after he raised concerns about the state of the human rights movement.

IOC President Thomas Bach said the Committee would not look at human rights in China as it was a "political issue", claiming the organisation could "not pretend that the IOC or the Olympic Games can solve human rights issues beyond our spheres of work".

Bach revealed the transgender policy within the Olympic Movement - which has caused confusion and controversy owing to the complexity of the issue - would be among the initial areas where the new committee would provide advice on human rights.

He added that he was hopeful political discrimination against athletes unable to compete at major events in the same manner as other nations would be looked at by the committee.

"Promoting humanistic values in sport has been a core feature of the IOC since its beginning.

"Our mission, to put sport at the service of humanity, goes hand-in-hand with human rights, which is part of our DNA."