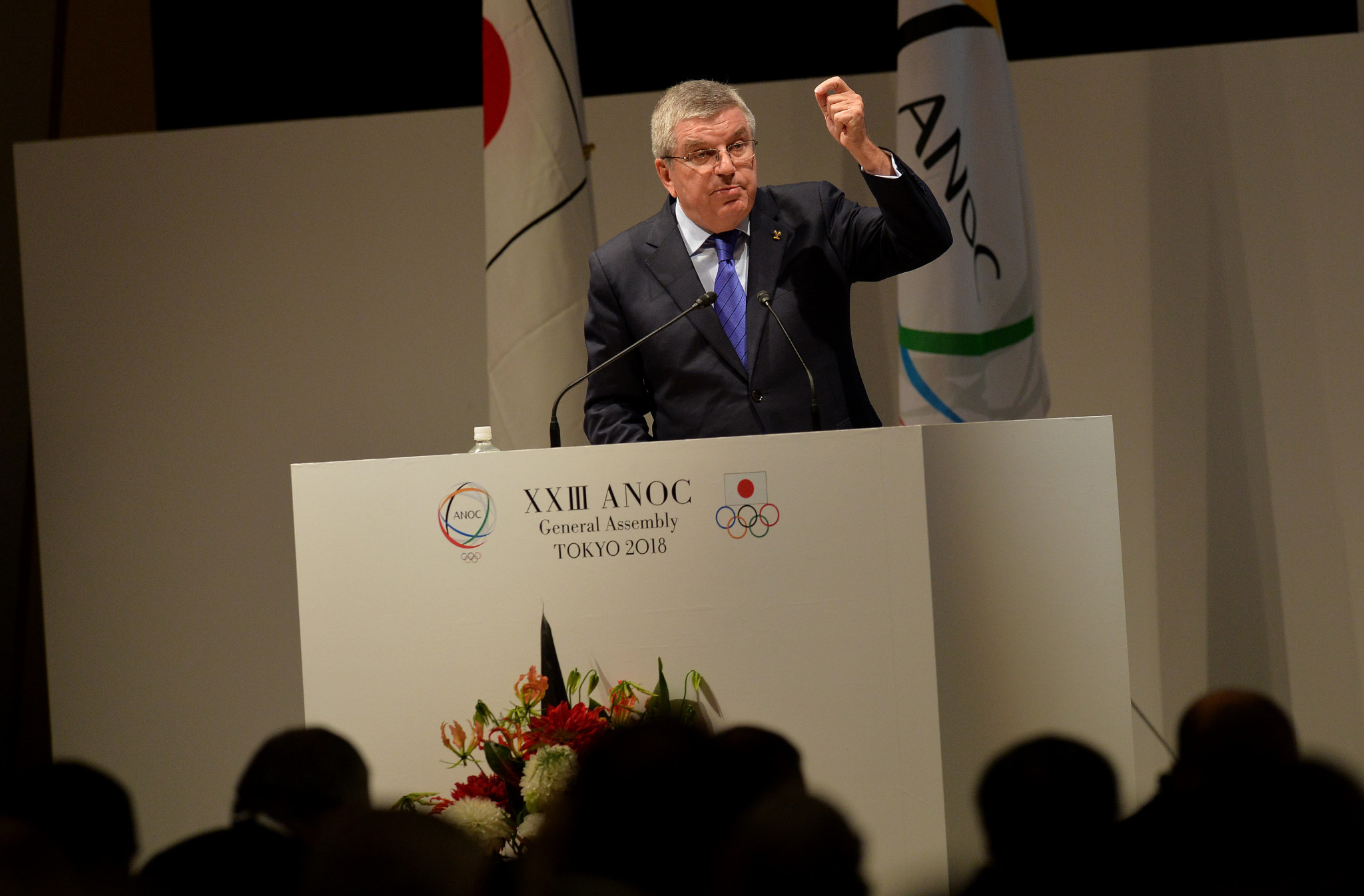 Thomas Bach is "out of touch" and has his "head in the sand", United States Anti-Doping Agency (USADA) chief executive Travis Tygart has claimed after the International Olympic Committee (IOC) President attacked officials not elected by the sports world who say they speak on behalf of athletes.

Bach claimed he "cannot understand how sometimes even officials who have not been elected by anybody in the sports world express their opinion and say they are speaking on behalf of the athletes of the world" during a keynote address at the Association of National Olympic Committees General Assembly here on Thursday (November 30).

It was interpreted as a verbal rebuke to the likes of Tygart and World Anti-Doping Agency (WADA) vice-president Linda Helleland, both of whom have been vocal critics of the IOC following the Russian doping scandal.

The two officials have also positioned themselves as leaders of the athlete movement against WADA and the IOC after several current and former competitors hit out at the way they have both dealt with the Russian saga.

In a strongly-worded response, Tygart accused Bach of a "petty attack" which shows how the IOC "continue to play selfish games instead of providing the inspiring leadership, open to change that the movement so desperately needs".

He added that the address at the General Assembly was a "shoot-the-messenger PR stunt that tells us all we need to know about their misplaced priorities".

"The IOC leadership apparently still has its head in the sand," Tygart told insidethegames.

"It is a sad state to see just how out of touch and far removed they are from the unprecedented groundswell of voices outside their echo chamber and across the world demanding change.

"While the rest of the world has welcomed athletes’ proactive, forward-thinking, positive solutions for anti-doping reform, the IOC and WADA leadership view it as 'criticism'".

Tygart added: "This ‘shoot the messenger’ PR-stunt tells us all we need to know about their misplaced priorities.

"If there was any doubt the Olympic Movement leaders need to put politics aside and come out of their ivory towers into the real world, the last several months has proved it.

"Regrettably, these petty attacks heard today show once again they continue to play selfish games instead of providing the inspiring leadership, open to change that the movement so desperately needs."

The fallout to the Russian doping scandal has fuelled a debate on enhanced representation for current and former competitors, particularly at WADA, which has seen Helleland and Tygart call for more athletes to be involved in the decision-making process.

They both attended an anti-doping summit at the White House last month, criticised by WADA as one-sided after they claimed the leadership was not invited.

Helleland, a candidate to become WADA President, did not attend in an official capacity.

The Athletes' Commissions at the IOC and WADA have also been at loggerheads, with the IOC taking every opportunity to highlight how their own group is elected rather than appointed - a point Bach was keen to raise in his address here yesterday.

Tygart's comments are the latest public condemnation of the IOC and Bach by the USADA chief-executive.

He previously accused Bach of "throwing in the towel" after the IOC President admitted "doping would always happen" earlier this year.